An excerpt from "Read by Strangers" 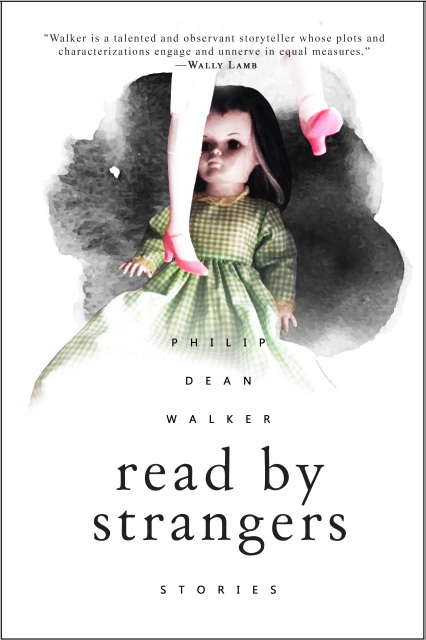 They closed down the bars first. One by one. Captain Jack’s, Follies, Masters of the Universe, The Lanai, Butterfield’s. Even Indigo. That’s where we met, after all. On a Saturday night, you could find every one of us there. In the beginning they said it was because of an expired liquor license or the violation of some heretofore-unknown noise ordinance or a zoning law or a safety code—reasons that could be explained and supported by law. No one paid any real mind to it. These things happened. If you live in a city, you have to get used to this kind of change, this kind of churn. If you don’t, you’re fooling yourself and probably should live in the suburbs. Neighborhoods erode overnight. Then new ones pop up in their place. What’s in is now out. And vice versa. It’s city living.

So we migrated to other bars, ones we might not have been to quite as often for one reason or another but ones where liquor still flowed and beautiful men danced with their apple-shaped butts and an electric current running through their veins, like vodka mixed with 5-Hour Energy spiked with adrenaline and a just-short-of-lethal dash of mercury. And it was fun trying out someplace new.

But soon thereafter, there were only three places left in the entire city where we could go. Then two of the last three closed down—both wiped out in a single week, as if from a hurricane.

“It’s just temporary,” we heard at Barstool, the last bar to which we had retreated.

“We’ll just move somewhere else. We always do,” another added.

“It’ll get better. Besides, I heard Butterfield’s is going to reopen at a new location soon. Lines out the door and around the block, just as it always was. Just you wait. Things’ll turn around.”

It was true. Things had turned around before. There was a time when we hadn’t all lived near one another or run our own shops or frequented our own bars. It was something of a luxury that we’d been able to operate in the space so freely at all. It always had gotten better.

So we gathered at Barstool, in droves most nights. We came early enough so we didn’t have to wait in line too long. The doormen—muscular guys wearing armbands around their mammoth biceps—clicked little silver instruments in their hands after we showed them our IDs. A woman affixed metal bracelets to our wrists. Huge crowds of men packed into the small, rather cubbyholed, labyrinthine space of an establishment few of us had visited in the past (there was word, in fact, that it had only just been erected, almost overnight; none of us could corroborate this though, since we’d never been there before.) Its decrepit, tattered awning from its days as a discount furniture emporium crackled ominously on windy nights like whiplashes, dripping on us while we smoked when it rained. The shellac on the titular barstools, applied so hurriedly during their construction, had crystallized into small stalagmites that stuck us through our jeans as we sat on them. There were bartenders at Barstool we’d never seen before, extremely attractive ones, who, behind their capable pouring hands and accommodating eyes, seemed to be judging us. Counting us, one said he thought he might’ve seen one night.

Inside Barstool, the clash of different strata did make for the occasional scuffle—twinks getting knocked around by leather daddies, the druggies and the kinks sneering at the preps and jocks—but we were generally more amiable and tolerant toward one another than we might’ve been under different circumstances. After all, who else did we have but each one another at a time like this?

“At a time like what?” one older man had said, a fossil from a different generation than ours, all yellowing white hair and a tucked-in flannel (in July, no less). “I’ve never known a time when we had more freedom and choice in life. You can get married now in this city if you want. How dare you be inconvenienced by the closing of a couple of overpriced, vapid watering holes.”

His venom took us aback, but we felt a twinge of sympathy for him. Poor thing had probably lost his lover twenty-five years ago and been drinking himself into numbness ever since. It was obvious from the wasting away of his cheeks; the hollow, haunted look in his eyes as they bore into us, through us even. It wasn’t our fault that we happened to have come of age at a time when guys were more careful about these things, not as risky.

“He’s just jealous,” we said to one another and ordered another round. “Cheers!”

At the end of that last night, Barstool emptied out into the street. Sidewalk Sale. We’d always joked about the way everyone lined themselves up for picking up that one last trick before heading home. Discounted, sloppy-ass. Everyone was pretty much wasted. The street was so quiet. A long line of yellow school buses was lined up outside the bar. Guys smoking cigarettes laughed at the absurdity of it.

“Are we going on a field trip?” one of them asked no one in particular—a man in a blue-and-gray striped sweater, flouncing from side to side as he tried to stand up straight.

“They’re drunk buses is what I heard. So that no one has to drive home drunk.”

“But I walked here,” someone said.

“Oh, c’mon. They’ll keep us safe from bashers.” Barstool was, after all, in a sketchy neighborhood. Men had been beaten in its vicinity recently. You could never be too careful.

Once we were packed in, we heard the door close. It sounded different than we remembered from years ago, like a walk-in freezer door shutting, locked from the outside.

Still buzzed, we sang songs and traded gossip. Then one guy said, “Hey, you passed my stop.”

The bus driver looked just like the doormen at the bar, and he refused to acknowledge us in the rearview mirror. He kept driving. The air conditioning had been shut off (if it ever had been turned on in the first place, we couldn’t remember). The windows were the kind where you have to press down on plastic tabs on either side in order to pull down. But the tabs were broken off. We looked behind us and saw the grim, unchanging face of another bus driver and the buses behind that, and the ones behind that — a yellow caravan snaking its way through the quiet city where no one else was outside and no one was watching us. It was almost as if we’d never even been there.

So we settled back in our seats, suddenly rather silent and tired. It was like the quiet game: the first one to make a sound loses.

Read by Strangers, first published in April 2018, is available from Amazon.com. For more information on Philip Dean Walker, visit philipdeanwalker.com.