By John Riley on September 17, 2018 @JohnAndresRiley 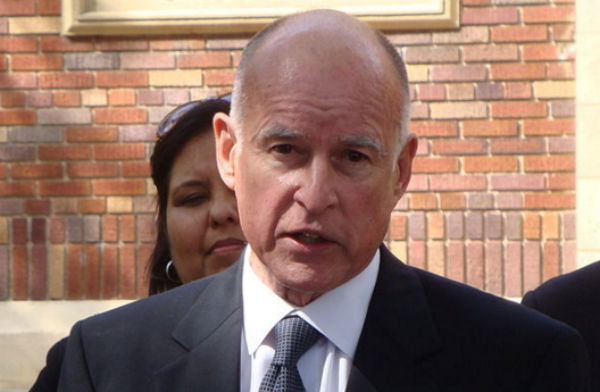 California Gov. Jerry Brown has signed a historic law that makes California the first state in the nation to ensure that transgender youth in foster care will be able to access medically necessary care that will assist them in their transition.

The bill, introduced by openly gay Assemblymember Todd Gloria (D-San Diego), requires the state Department of Social Services to ensure transgender youth are aware of their options and can have their transition-related treatments covered by Medi-Cal, California’s Medicaid system. That guidance must be developed by January 1, 2020.

Under the bill, which passed the legislature last month, “gender-affirming health care” is defined as health care that respects a patient’s gender identity, including interventions that allow their physical appearance to match that identity or can alleviate their gender dysphoria, such as hormones and mental health counseling.

LGBTQ advocates say that allowing youth to access this care is potentially life-saving, as untreated gender dysphoria can lead to poor self-esteem, self-harm, and even suicidal ideation.

“This is the beginning of a new and hopeful day for the many foster youth in California,” Gloria said in a statement. “With the signing of this bill, we tell our foster youth that no matter who you are or how you identify, there is a place for you in California.

“We want our future generations to know they have a safe place to grow up and live,” he added. “At its core, that’s what this bill does — we empower transgender and gender non-conforming foster youth to live authentically despite their circumstances. I want to thank Governor Brown for signing this bill into law — an act which I truly believe will save lives.”

The American Academy of Pediatrics recently released a statement recommending, in part, that transgender and gender-diverse youth be allowed to access “comprehensive gender-affirming and developmentally appropriate health care.”

AAP notes that studies have shown that children who are supported in their transition are more likely to experience better physical and mental health outcomes.

In one study, 56% of transgender youth considered committing suicide at some point, with 31% actually attempting it. By comparison, only 20% of cisgender youth have thought of suicide, and 11% have attempted it.

“Once again, Governor Brown has taken decisive action to protect LGBTQ youth in foster care,” Rick Zbur, the group’s executive director, said in a statement. “No young Californian should be denied gender-affirming health care simply because of who they are.”