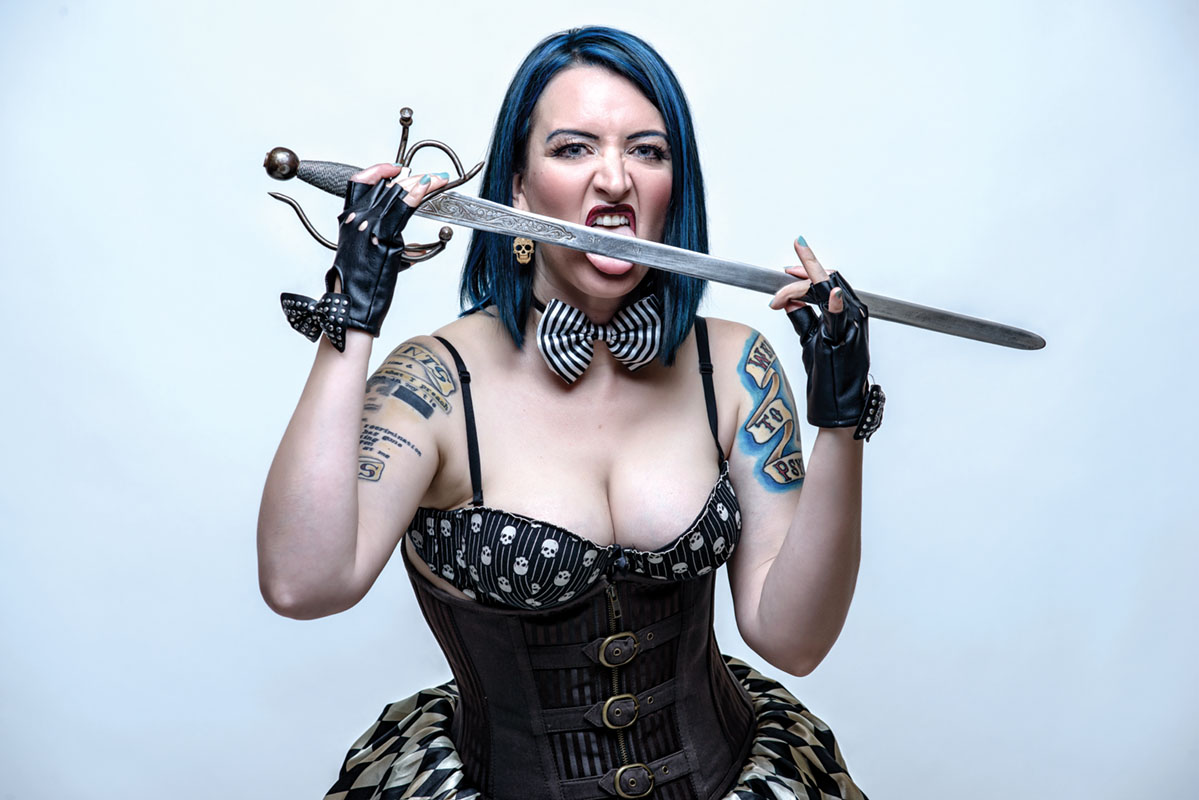 Held the third Friday of each month, the DC Weirdo Show bills itself as the longest-running variety show in the city — and also, as “Queen Weirdo and Producer” Dr. Torcher puts it, “increasingly the D.C. go-to show for local performers of color, queer performers, and womxn in the circus, sideshow, and variety performance arts.” In recognition of Suicide Prevention Month, the September show, “Weirdos for Life,” co-hosted with drag king Phoenix King, aims to open the conversation about the LGBTQ community’s collective mental health, shared through personal stories from performers in various styles of variety art, who have also contributed to a free, take-home resource zine featuring artwork, poetry, stories, and ready-to-use tools for suicide prevention. The lineup includes stand-up from Leigh Crenshaw, bellydance from Rin Ajna, performance art from Carlita Calienté, aerial acrobatics and spoken-word from Coryn Rose, drag from Ricky Rosé, plus fire manipulation from co-host Dr. Torcher and drag from co-host King. Proceeds from the show will benefit Trans Lifeline, a peer-support hotline staffed for and by trans people. The DC Weirdo Show is Friday, Sept. 21. Doors at 8 p.m. Bier Baron Tavern, 1523 22nd St. NW. Tickets are $15 in advance, or $20 at the door. Call 202-293-1887 or visit dcweirdoshow.com. 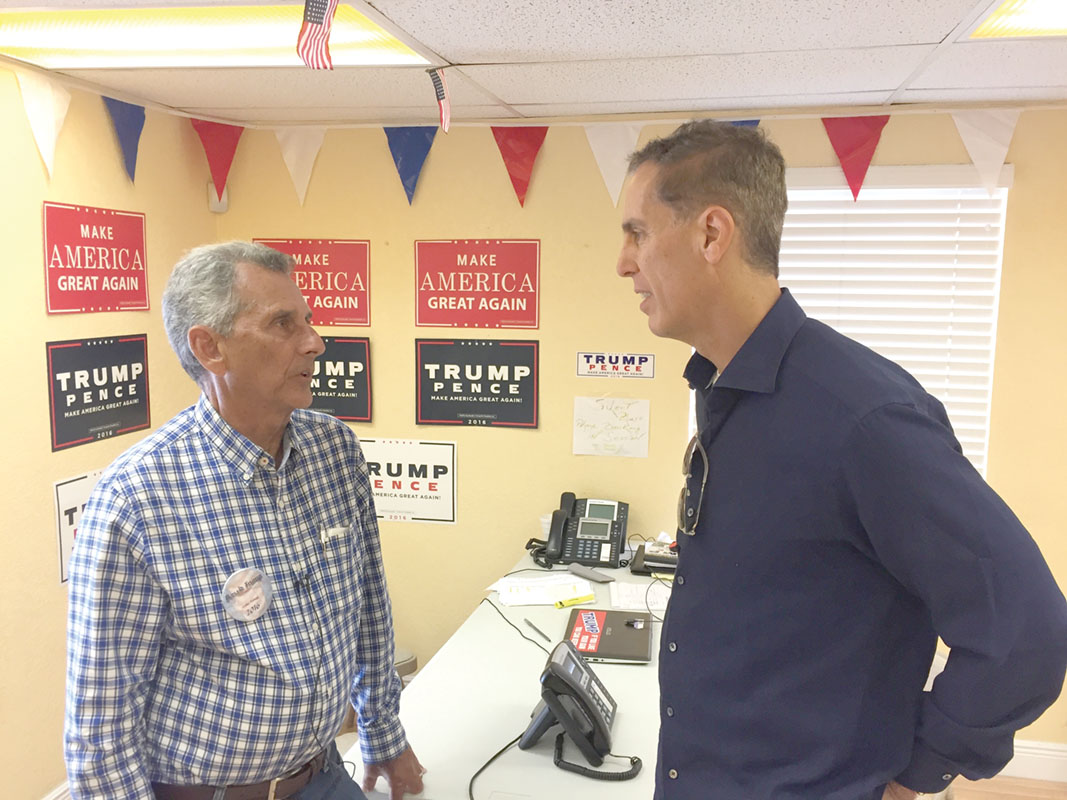 Give the guy some credit for prescience: Six months before the 2016 presidential election, Jim Stern put everything on hold in his life to travel through red states to engage with Donald Trump supporters. It was a quest for insights, answers, and anything that could shed light on the billionaire’s surging appeal despite the myriad scandals that embroiled hin. Stern’s documentary examines the difficult issues roiling the nation and chronicles a cultural divide — still woefully misunderstood — that is tearing at the fabric of democracy. Opens Friday, Sept. 14. Area theaters. Visit fandango.com. 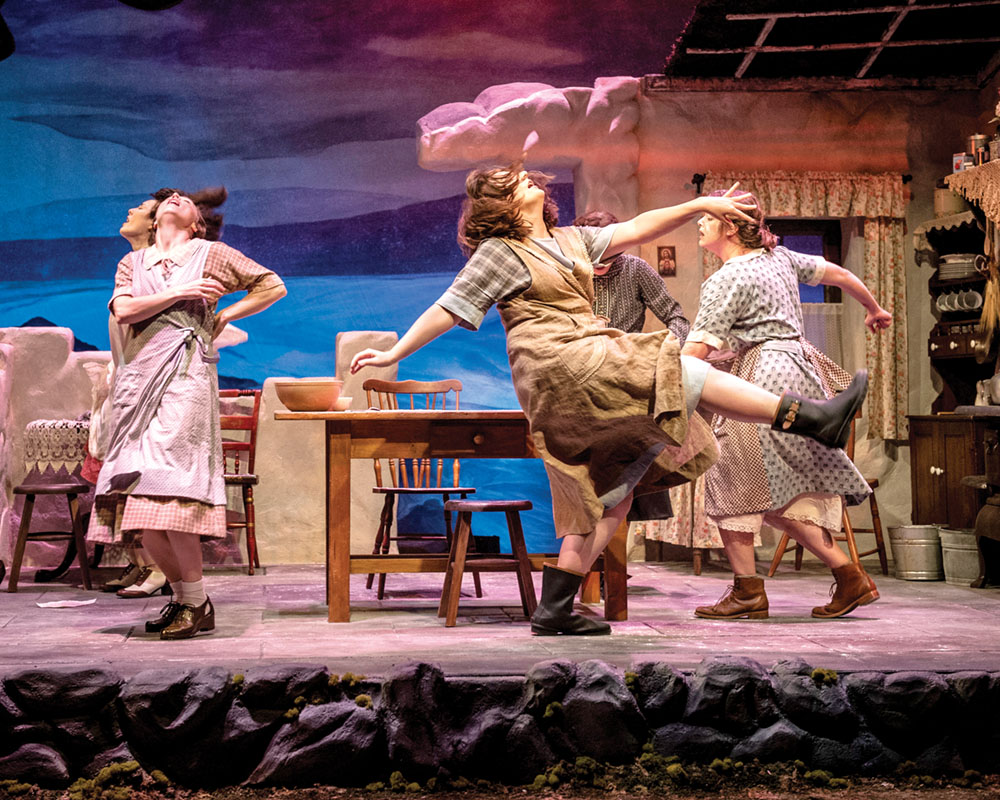 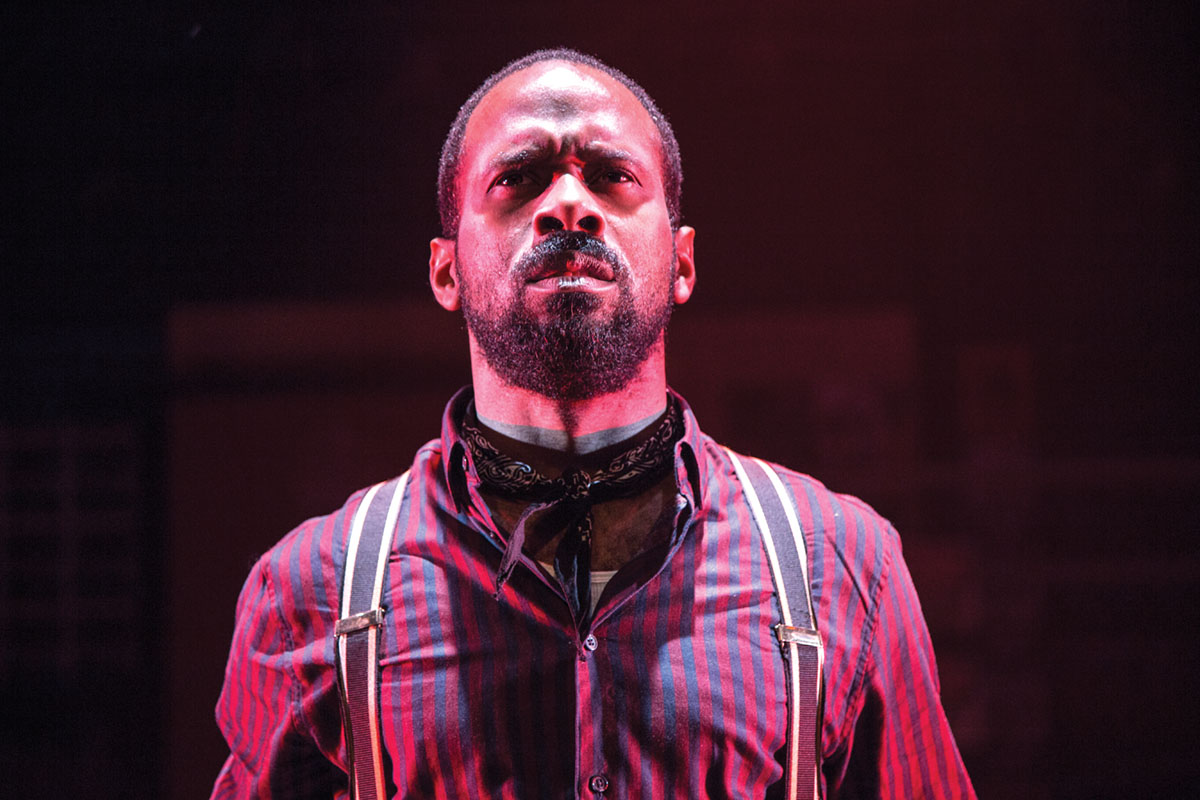 Rep Stage kicks off its 26th season with one of Stephen Sondheim’s most popular works. Subtitled The Demon Barber of Fleet Street, the macabre musical tells the story of a vengeful barber who slits the throats of his customers and the provides their corpses to the neighboring Mrs. Lovett, who fashions them into “meat pies” that become the culinary hit of London. The lush score is famous for “Not While I’m Around,” “Pretty Women,” and “Johanna.” Starring V. Savoy McIlwain as Sweeney and Jade Antoinette Jones as Mrs. Lovett. Directed by Joseph Ritsch. Through September 23 in the Studio Theatre of the Horowitz Visual and Performing Arts Center on the campus of Howard Community College, 10901 Little Patuxent Parkway, Columbia, Md. Tickets are $40. Visit repstage.org or call 443-518-1500.

She leads one of the best bluegrass bands in the business, Union Station, whose style of Americana is refined, pretty, and pristine. Yet Krauss long ago proved her skill experimenting with other genres through her collaborations with diverse artists like Willie Nelson, Cyndi Lauper, Sting, and Robert Plant. Such wide-ranging work has helped the Chicago-area native collect 27 Grammy Awards to date, a haul that ranks her with veteran producer Quincy Jones as the two most-awarded living recipients of American music’s highest honor. She returns to the area for a concert supporting last year’s Windy City, an album of covers of country and bluegrass classics. Tuesday, Sept. 18. Doors at 6:30 p.m. The Anthem, 901 Wharf St. SW. Tickets are $56 to $126. Call 202-888-0020 or visit theanthemdc.com. 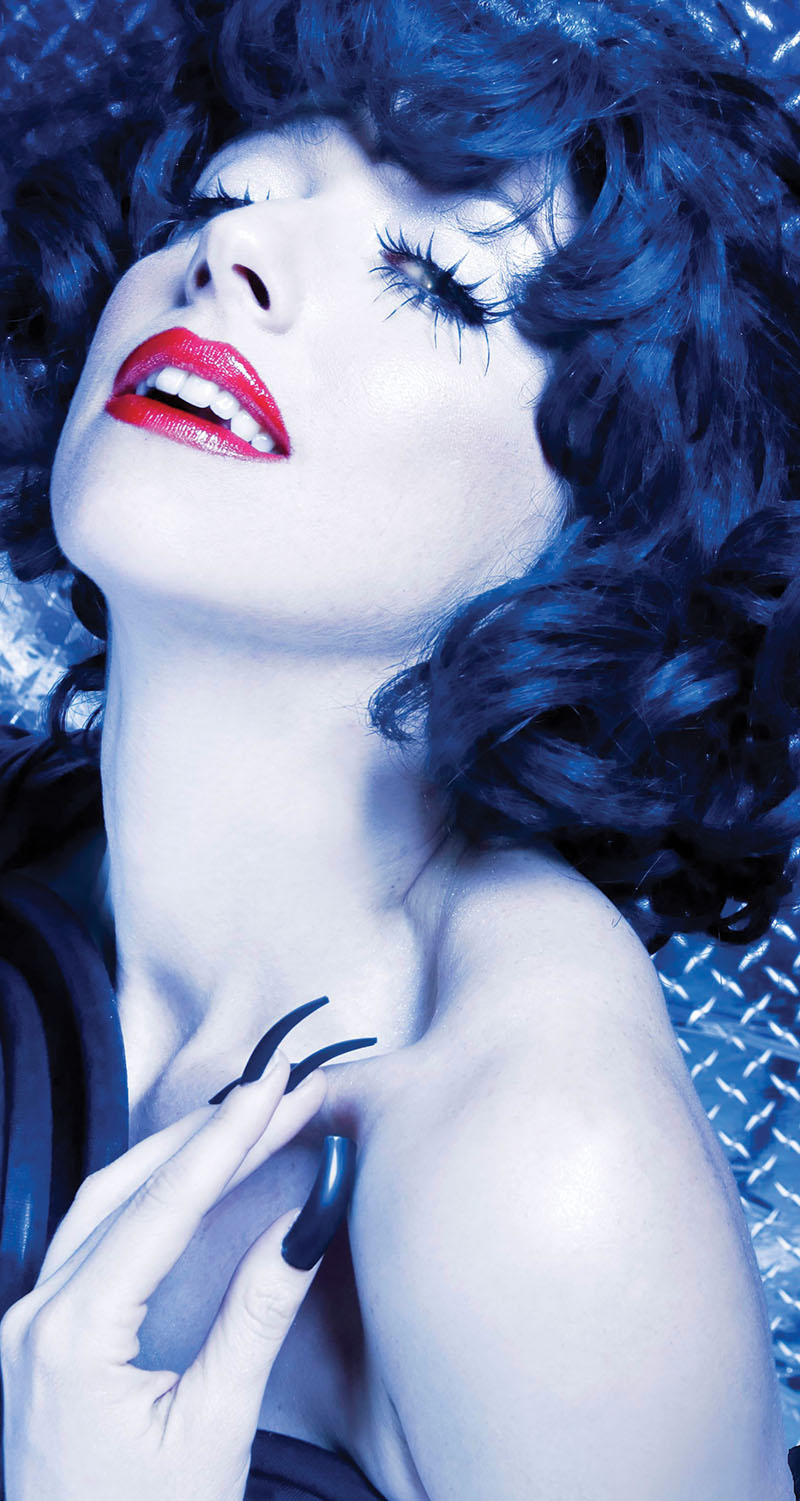 A native of Australia now based in the U.K., this singer with the purringly playful name has also coined the term “kamikaze cabaret” to describe her act, which blends a wide range of music, comedy, and performance art. Meow Meow makes her Kennedy Center debut this weekend in a concert presented by Renée Fleming, who further describes the experience as “a post-modern take on [a diva] identity, often battling wildly comic mishaps, or catastrophes. Her shows may be moving, hilarious, or even shocking, but…she is never dull.” Saturday, Sept. 15, at 7:30 p.m. Terrace Theater. Tickets are $29 to $39. Call 202-467-4600 or visit kennedy-center.org. 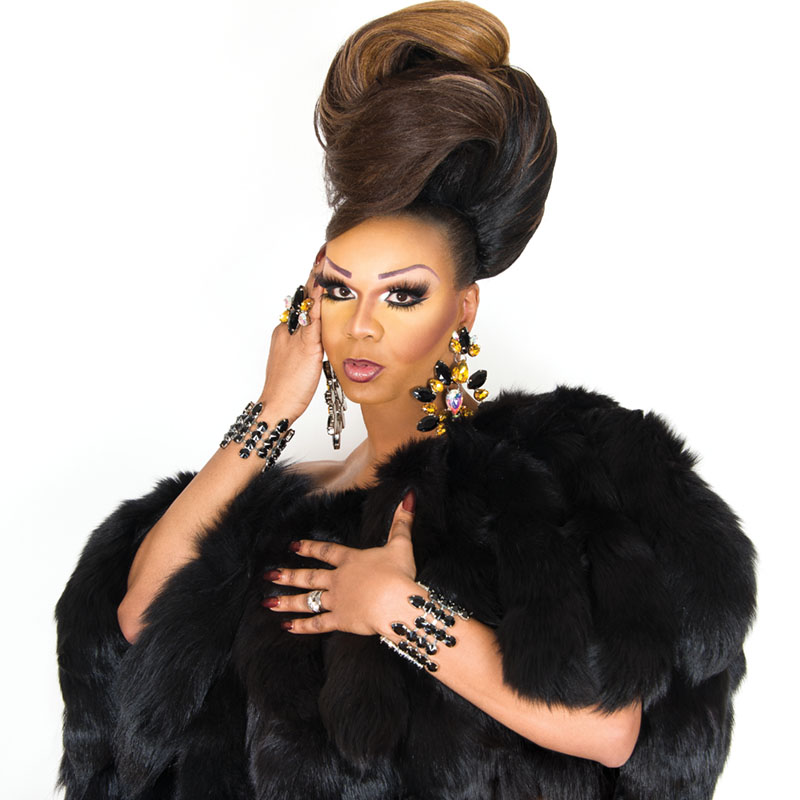 On Saturdays, legendary D.C. drag diva Monet Dupree hosts brunch in a large, contemporary space south of Dupont Circle that many older D.C. gays will remember as the second, biggest, and arguably best Lizard Lounge venue. Dupree and her drag minions entertain every Saturday as part of a three-hour affair, with music by DJ India. Doors open at 11 a.m., with brunch starting at 11:30 a.m., show at 12 p.m. 1223 Connecticut Ave. NW. The cost is $40 for All-You-Can-Eat buffet and complimentary mimosas, inclusive of tax and gratuity. Call 202-503-2640 or visit dcdragshowbrunch.com. 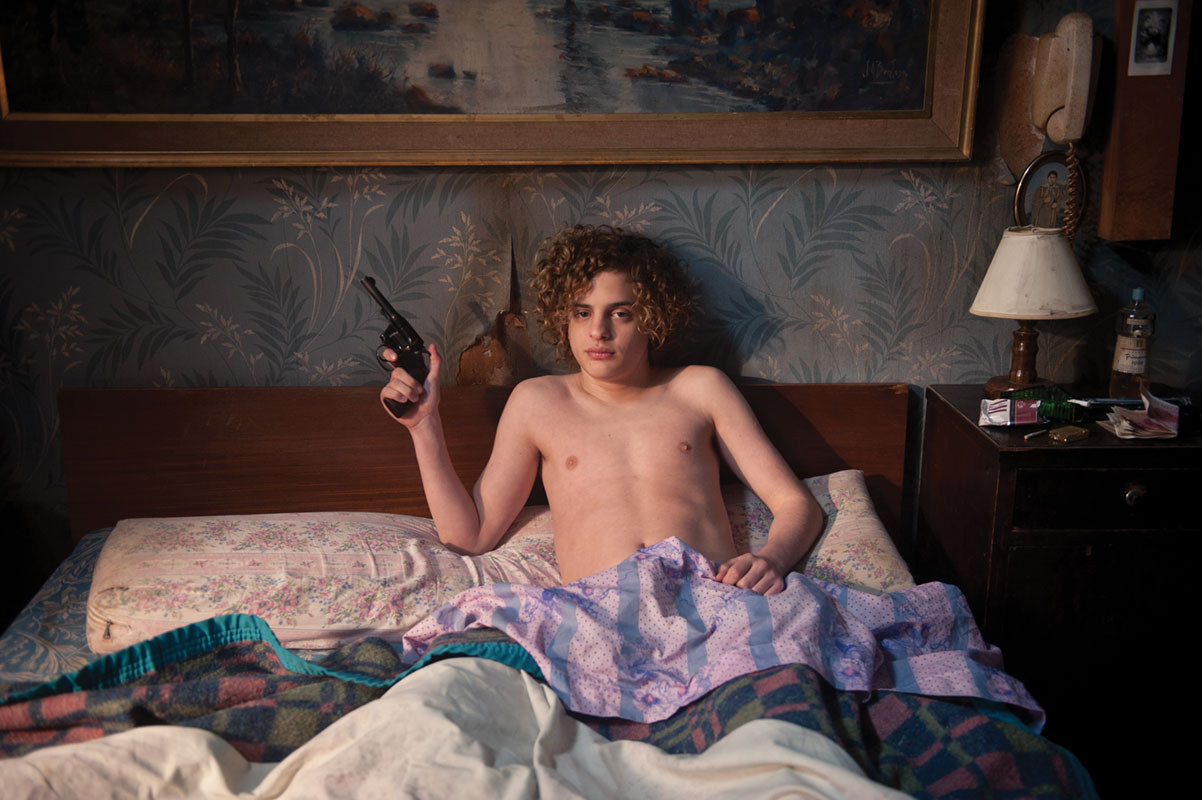 The AFI Silver presents a three-week festival celebrating the best in contemporary Latin American cinema, featuring entries from 22 Spanish-speaking countries. The festival opens tonight, Thursday, Sept. 13, with a screening of the Columbian 2018 Oscar contender, Birds of Passage (the film shows again on Saturday, Sept. 15, at 7:15 p.m.), and concludes on Wednesday, Oct. 3, with Panama’s Ruben Blades is Not My Name, celebrating the man at the center of the New York Salsa revolution in the 1970s. Other notable titles in the 43-film festival include El Angel, Luis Ortega’s stylish, true-crime thriller about one of Argentina’s most notorious serial killers, produced by Pedro Almodovar; El Salvador’s Pablo’s World, a noir-tinged adaptation of Shakespeare’s Othello; and Another Story of the World, a political comedy set in rural Uruguay. Tickets are $15 general admission and $13 for AFI Members (2-star level & higher). An all-access “Pase Especial” allows for priority access to every film in the festival, including opening and closing night and festival happy hours. $200 general, $170 for AFI Members, $150 for students. At AFI Silver is at 8633 Colesville Road in Silver Spring. Call 301-495-6700 or visit afi.com/silver/laff. 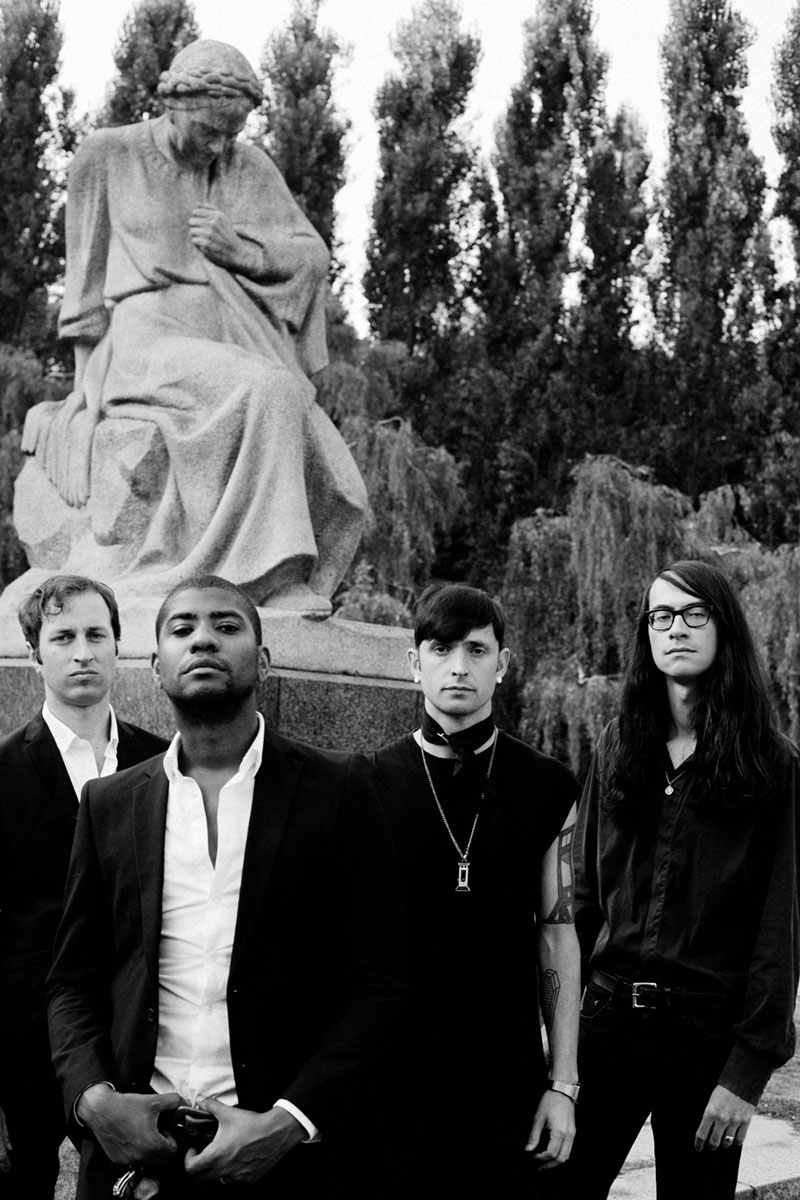 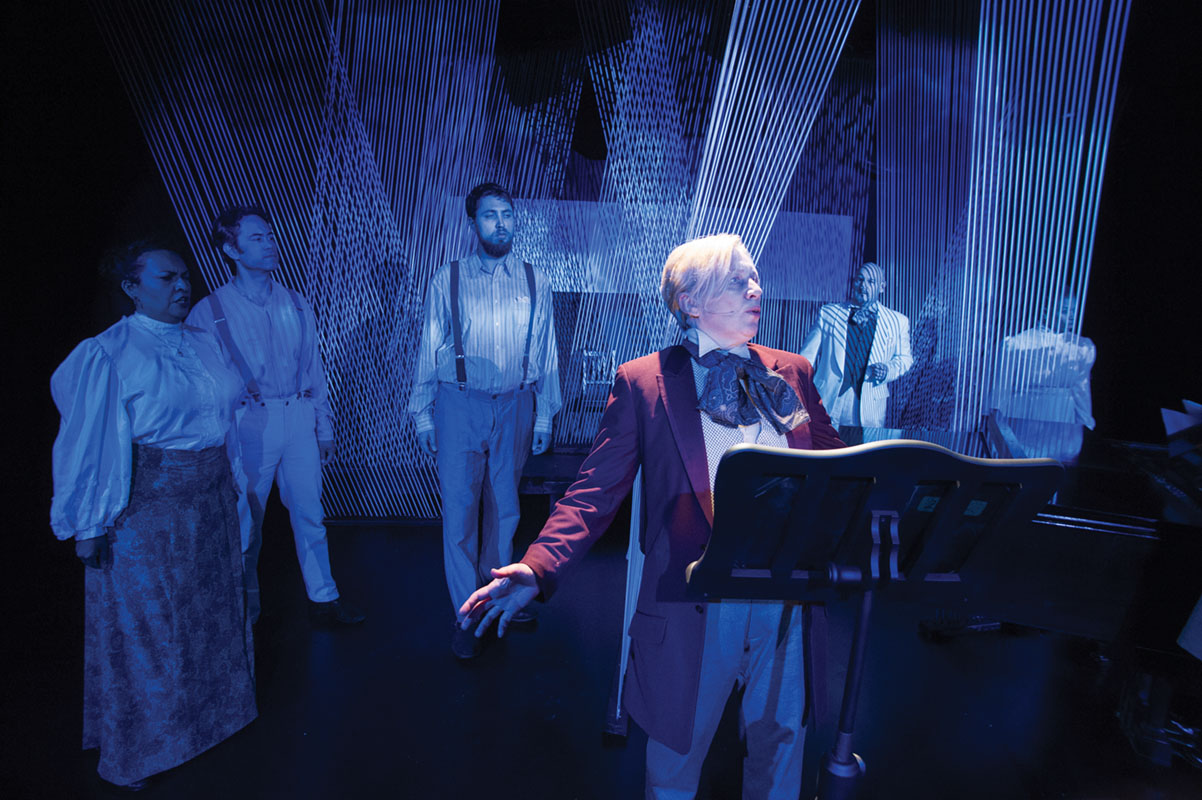 The InSeries, D.C.’s passionate and eccentric concert/cabaret production company opens its new season with an original work that blends Verdi’s Requiem with a one-woman meditation on Shakespeare’s King Lear. Timothy Nelson, the company’s incoming artistic director, developed the show through imagining what an opera based on Lear might have sounded like from Verdi had the Italian composer actually realized his dream project. Helen Hayes Award-winning powerhouse Nanna Ingvarsson takes on the role of Verdi/Lear in a production featuring eight area vocal artists as “Spirits of the Future Singers” and music director Paul Leavitt, performing an intimate, chamber arrangement of the Requiem for piano only. Directed by Steven Scott Mazzola. To Sept. 23. Source, 1835 14th St. NW. Tickets are $20 to $45. Call 202-204-7763 or visit inseries.org.