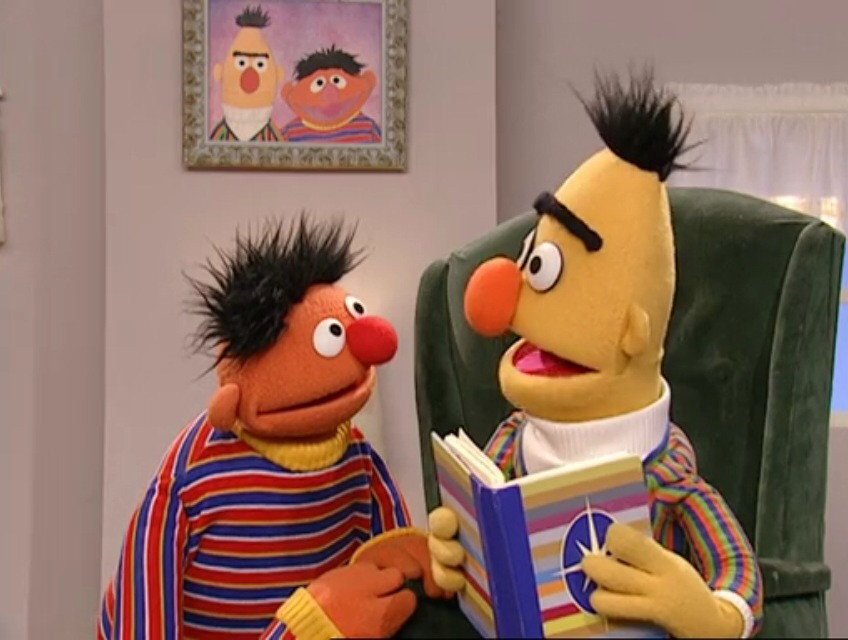 A gay scriptwriter who worked on long-running children’s show Sesame Street has confirmed that he based Bert and Ernie’s character dynamic on his own relationship.

Mark Saltzman, who won an Emmy for his work on the show, told Queerty that writing the characters as gay was the only way he could “contextualize” them.

“I remember one time that a column from The San Francisco Chronicle, a preschooler in the city turned to mom and asked ‘are Bert & Ernie lovers?'” he said. “And that, coming from a preschooler was fun. And that got passed around, and everyone had their chuckle and went back to it. And I always felt that without a huge agenda, when I was writing Bert & Ernie, they were. I didn’t have any other way to contextualize them.”

Rumors have surrounded Bert and Ernie for years, aided by their close relationship and their even closer living situation — the pair sleep in separate beds, but in the same bedroom.

Their oft-rumored love even led the New Yorker to show the puppets cuddled on the couch, watching news that the Supreme Court justices had struck down anti-gay Proposition 8 and parts of the Defense of Marriage Act.

Though apparently originally based on the friendship between puppeteers Jim Henson and Frank Oz, by the time Saltzman began writing the characters, he was drawing inspiration from his own life for Bert and Ernie — specifically his relationship with the late documentary filmmaker Arnold Glassman.

“More than one person referred to Arnie and I as ‘Bert & Ernie,'” Saltzman said. “I was Ernie. I look more Bert-ish. And Arnie as a film editor — if you thought of Bert with a job in the world, wouldn’t that be perfect? Bert with his paper clips and organization? And I was the jokester.” 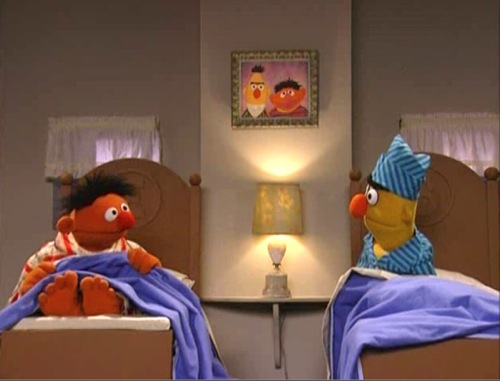 Glassman and Saltzman were a couple when he joined Sesame Street, and as such, he didn’t know “how else to write them, but as a loving couple.”

However, Saltzman revealed that he didn’t disclose to the show’s higher-ups that he was writing Bert & Ernie based on his own relationship, instead keeping his inspiration to himself while giving the characters the soul — and the friction — of a real same-sex couple.