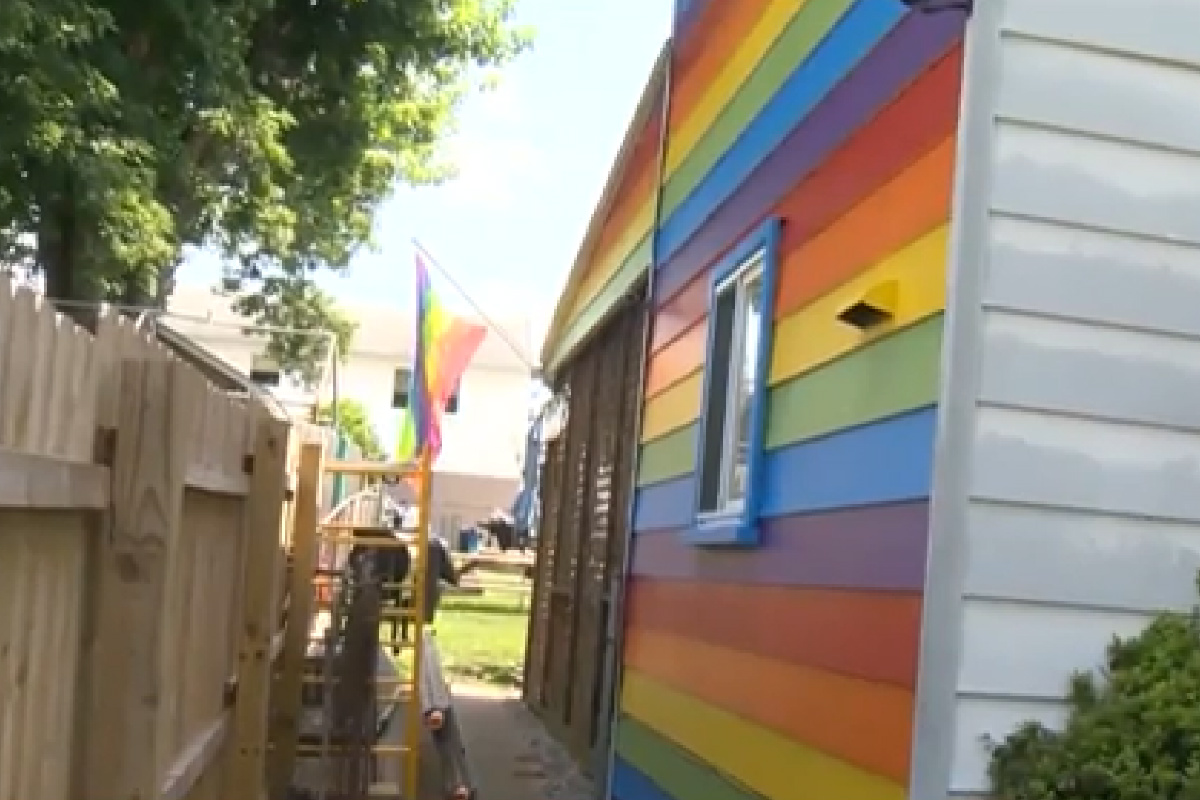 A lesbian couple in Pennsylvania responded to their neighbor’s homophobia by painting their house in the colors of the LGBTQ Pride flag.

Lisa Licata and Sherry Lau moved to Penn Hills, Pa., five years ago, and say they have been dealing with homophobic comments and actions from their neighbors Ron Makay and Iolanda Wieczorkowski.

After hearing Makay make a homophobic slur, Licata and Lau initially said they were mother and daughter. However, Makay and Wieczorkowski eventually discovered that the women were a couple.

“It seemed to change when they learned I’m married to a woman, I’m gay,” Lau told Pittsburgh’s WTAE. “We were called ‘homos,’ ‘dykes,’ ‘lesbians,’ stuff like that.”

Licata and Lau also claimed that Makay recently shot their dog with an air rifle, something Makay denied to WTAE. However, police records show that he was charged last month with animal cruelty and using an air rifle.

The couple initially responded to their neighbors by erecting a fence between the houses and painting it rainbow, matching the colors on the Pride flag.

However, that only led to more harassment from Makay and Wieczorkowski, so Licata and Lau took things a step further.

“When he protested against the fence being rainbow, that’s when we decided, let’s do the house,” Licata told WTAE.

The couple painted the side of the house facing Makay and Wieczorkowski’s property in the colors of the Pride flag, a move that Licata said has been received positively by other neighbors. 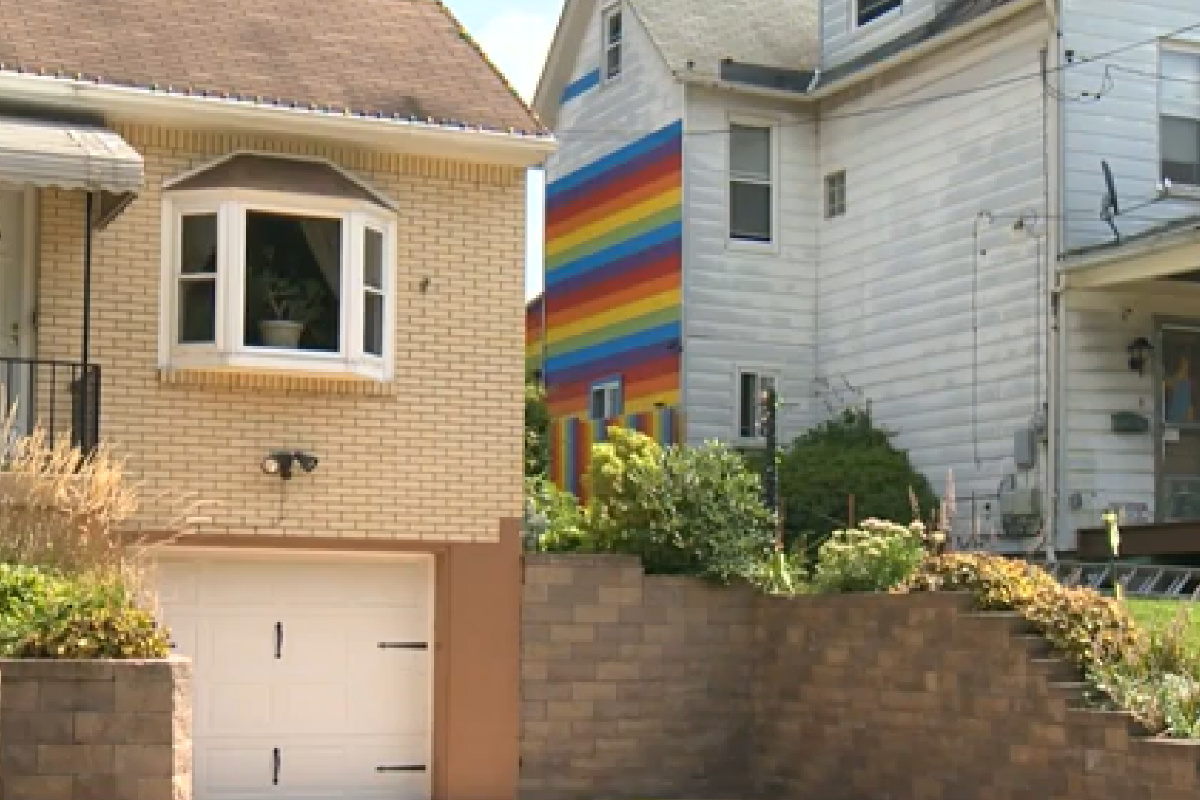 “The reaction of the community has been great!” she told Mashable. “Mostly everyone has been so supportive.”

As for Makay and Wieczorkowski?

“The neighbors have been quiet,” Licata said, “because they’ve been told by their attorney to be quiet.”

Licata and Lau are now planning to paint the entire house to match the rainbow side.

Lau said that she has no desire to seek any sort of relationship with her neighbors, telling WTAE she wants “to be left alone. I just want it to stop.”

“This is the 21st century,” Lau added. “We live here. We’re not moving. My family accepts us. Our friends accept us. If you don’t like it, just live your life, leave us alone and everything’s cool.”