By John Riley on September 25, 2018 @JohnAndresRiley 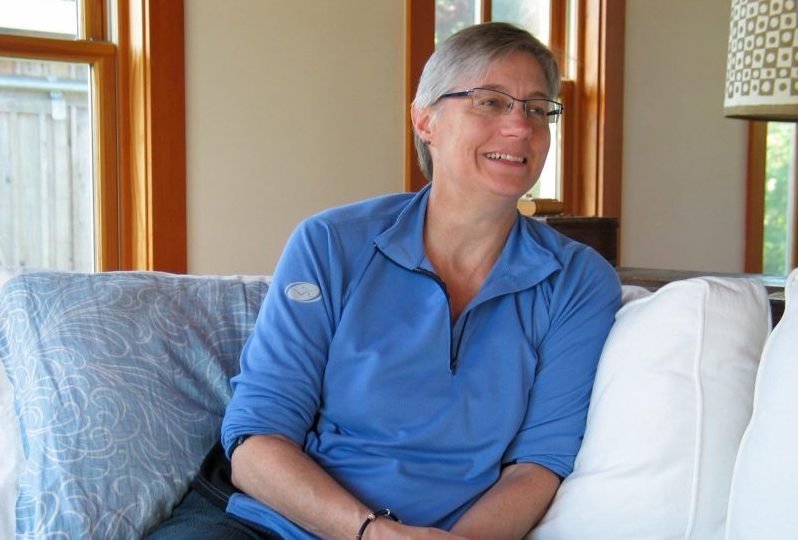 A 63-year-old lesbian woman is suing the U.S. Social Security Administration for failing to recognize her relationship with her deceased partner of 27 years, who died in 2006 before same-sex couples in Washington State were allowed to marry.

The lawsuit, brought by Lambda Legal on behalf of Helen Thornton, asks the U.S. District Court for the Western District of Washington to rule that the Social Security Administration’s exclusion of same-sex couples from survivor’s benefits is unconstitutional.

Thornton and her late partner, Marge Brown, were in a committed relationship from 1979 until 2006, when Brown died of cancer at age 50.

Social Security generally requires that a couple be married nine months before a spouse dies in order for the surviving spouse to qualify for survivor’s benefits, but same-sex couples were ineligible to marry until 2012 in Washington State.

“The federal government is requiring surviving same-sex partners like Helen to pass an impossible test to access the benefits that they’ve earned through a lifetime of work: they need to have been married to their loved ones, but they were barred from marrying by discriminatory laws then in existence,” Lambda Legal Counsel Peter Renn said in a statement. “We are beyond the day when the government can deny equal treatment to same-sex couples. But, by withholding these benefits, the federal government is breathing life into the same discriminatory marriage laws that the Supreme Court has already struck down.”

Thornton served as Brown’s caretaker during her illness, and, over the course of their 27-year relationship, jointly purchased a house, shared finances, and raised a son with Brown.

Thornton, who is now semi-retired and takes care of animals to supplement her monthly income from Social Security, applied for survivor’s benefits in 2015, shortly before she would have otherwise been eligible to begin receiving survivor’s benefits at age 60 based on Brown’s work record.

But the Social Security Administration rejected her application, arguing that, because she and Brown had never legally been married, she was ineligible.

“Margie and I were fortunate to share 27 years of love and commitment together on this earth.” Thornton said in a statement. “Like other committed couples, we built a life together, formed a family, and cared for each other in sickness and in health. Although we wanted to express our love for each other through marriage, discriminatory laws barred us from doing so before Margie’s death.

“Now, in my retirement years, I’m barred from receiving the same benefits as other widows, even though Margie and I both worked hard and paid into the Social Security system with every paycheck.  The Social Security Administration refuses to recognize our relationship and treats us as if we were legal strangers.”

In its complaint, Lambda Legal argues that the Social Security Administration’s refusal to recognize Thornton and Brown’s relationship violates Thornton’s right to equal protection under the law, and her right to due process.

The lawsuit asks not only that the Social Security Administration recognize Brown and Thornton’s relationship and Thornton’s eligibility for survivor’s benefits, but also asks the court to issue an injunction preventing the agency from denying those benefits to similarly situated same-sex couples, and, should the case be successful, pay attorney’s fees and other legal costs incurred by Thornton in the process of bringing her lawsuit.

“Same-sex couples who weren’t able to marry faced discrimination throughout their lives, and now the surviving partner faces it all over again, after their loved one has died.  It’s like pouring salt in a wound.  Denied equality in life, they are denied equality once again in death,” Renn added. “These benefits are as essential to the financial security of surviving same-sex partners in their retirement years as they are to heterosexual surviving spouses. But the government is holding their benefits hostage and imposing impossible-to-satisfy terms for their release.”

John Riley is the local news reporter for Metro Weekly. He can be reached at jriley@metroweekly.com
← Previous Story VIDEO: Human Rights Campaign urges Americans to vote for LGBTQ equality in 2018
Next Story → LGBTQ and progressive groups call on White House to withdraw Kavanaugh nomination