Police in Oklahoma City have arrested a man accused of being part of a group that used Grindr to lure gay men to a house in order to rob them.

On Sept. 16, police arrested Deaunte McPherson, 31, of Oklahoma City, in connection with the robberies, charging him with kidnapping and robbery with a firearm. He has since been released on bail, reports The Oklahoman.

On Sept. 8, police responded to a local business in the 220 block of S.W. 35th St. after a man called claiming he had been kidnapped and robbed at a nearby home before escaping.

The man then took police to the house, at 330 S.W. 34th St., which he had been lured to after speaking with someone on Grindr. After arriving at the house, the man told officers a Hispanic man was standing at the end of a driveway and motioned for him to come to a detached garage.

When he entered the garage, which was dirty and strewn with trash and old mattresses, the man told him to sit down in a chair. Then, a black man armed with a handgun came out of a door and pointed the gun at the man, forcing him to empty his pockets. As his eyes adjusted to the dark garage, the victim realized there were two other victims lying on the floor.

Subsequently, a fourth victim was brought in and robbed, then forced to lie on the floor. Then, a fifth victim came to the house, but hit one of the kidnappers on the head with a piece of wood and fled. The man with the gun and the others then chased after the man, firing at least one gunshot. At that time, one of the victims fled the house. The complaining man waited 10 minutes, and then escaped with the two remaining victims.

Police later contacted the other three victims and obtained statements and descriptions of the suspects from them. One of the others said he reached another convenience store, only to see his truck — which the kidnappers had taken — parked outside.

In the course of interviewing the victims, police recognized the description of the suspect, and, upon showing the first victim a photo of McPherson, were told that the man in the photo was the one who had brandished the handgun. They then arrested McPherson.

Oklahoma City’s NBC affiliate KFOR reports that police are searching for two more male suspects and a female suspect. Police released video footage of the garage, which has been dubbed the “house of horrors” by the media, showing the inside of a dirty room with a chair, where the victims were allegedly held against their will.

Police believe that there may be other victims, as the department’s robbery unit noted there have been reports of several robberies involving dating apps in the area. A spokesman for the department has compared it to cases where people call for a pizza to be delivered to a home before robbing a delivery person.

“We’ve seen people use this same kind of ruse for multiple reasons,” the spokesman told The Oklahoman.

Similar incidents have occurred in other states, most notably in Texas, where four men were charged with using Grindr to arrange meetings with gay men in order to beat them up and rob them. All four have pleaded guilty to the charges against them, with one of the men being sentenced to 15 years in prison.

Theater Planned to “Fast-Forward” Through Gay Kiss in “Lightyear”

The 89er Theatre in Kingfisher, Oklahoma, has since taken down a sign warning moviegoers about a same-sex kiss in the film.

An Oklahoma movie theater raised eyebrows after it posted a sign warning theater-goers of a same-sex kiss in the Pixar movie Lightyear, which serves as a prequel to the Toy Story movie series.

The sign, which was posted on the window of the 89er Theatre in Kingfisher, Oklahoma, over the past weekend, read: "Attention Parents: The management of this theatre discovered after booking 'Lightyear' that there is a same-sex kissing scene within the first 30 minutes of the Pixar movie. We will do all we can to fast-forward through that scene, but it might not be exact." 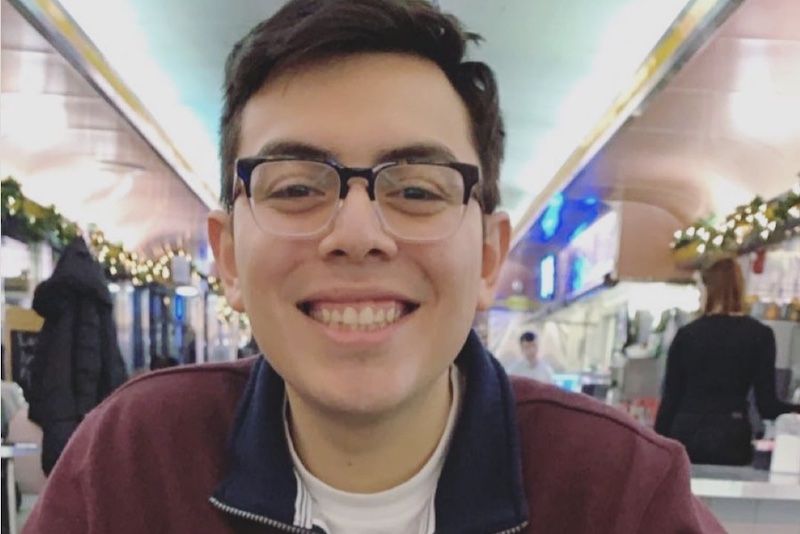