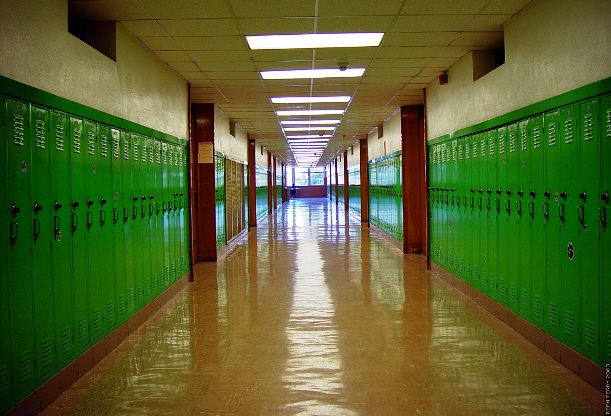 A new survey has revealed that progress on LGBTQ rights and school safety is starting to slip after years of improvement.

GLSEN, an organization dedicated to improving the safety and accessibility of schools for LGBTQ youth, recently published the results of its 2017 National School Climate Survey, the first of its biennial surveys to collect data from during the Trump presidency.

Compared with the organization’s 2015 survey, the results of the survey show “fewer positive changes…than we had seen in the 2015 installment of the survey.”

“The progress of the last decade — the result of robust partnerships and concerted action in support of youth health and safety — has slowed,” Eliza Byard, Ph.D., Executive Director of GLSEN, said in the report. “The momentum built over years of effort by GLSEN and our partners in government, education, LGBTQ rights, and youth development now faces an entirely new level of pushback. Our work to secure respect for all in our schools now contends with the radical rejection of standards and values in public life we used to take for granted, and the continuing erosion of our public commitment to education for all. And that all shows up in the lives of LGBTQ students.”

Among the reports findings:

LGBTQ students who faced higher levels of victimization were more likely to have missed school and have lower grade point averages than peers who experienced less frequent harassment, and were more likely to abandon plans to pursue secondary education.

And while a majority of students reported having a Gay-Straight Alliance club or similar in their school (53.3%), almost two-thirds of students reported experiencing discriminatory policies or practices at school, including being disciplined for public displays of affection that non-LGBTQ students weren’t disciplined for (31.3%), banned from wearing clothes that were “inappropriate” for their legal sex (22.6%), prohibited from discussing LGBTQ topics in assignments (18.2%), and prevented or discouraged from participating in sports because they are LGBTQ (11.3%).

Byard said that “amidst the warning signs” in the survey’s results there was some hope to be found.

“First, it remains clear that students in those schools with critical LGBTQ-affirming resources and supports in place do better — these supports are working, even in the harsh anti-LGBTQ climate of our times,” she said. “We must continue to push for LGBTQ-affirming and inclusive curriculum and policies, and for educators willing and prepared to support and affirm LGBTQ students.

“Second, GSA student clubs continue to serve as a potent force for positive change, and the LGBTQ students that lead them are changing their schools and their world for the better,” she added. “Progress in the growth of GSAs continues, bucking the concerning trends, and more than 50% of LGBTQ students are in schools that now have one….  There is continuing evidence that LGBTQ youth in schools with GSAs fare far better than their peers in terms of their mental health, and students involved with them are highly engaged in changing the world for the better.

“There is both power and hope here,” Byard concluded. “There is also a challenge to us all – we each have a role to play in supporting and partnering with student leaders, and in doing the hard, local work it takes to bring essential change to every school in this country.”