Some students upset by anti-gay ministry's demonstration of "confrontational evangelism"

By John Riley on October 5, 2018 @JohnAndresRiley 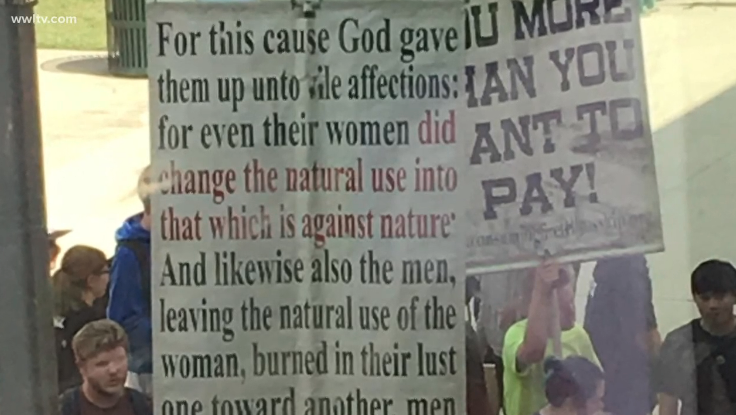 An anti-gay Christian group staged a demonstration on the campus of Southeastern Louisiana University in Hammond, La., to protest homosexuality.

The Westboro-like group, which started in 1995, regularly holds demonstrations on college campuses, pride festivals, and other events as part of their mission, which is to “spread God’s word” and encourage sinners to repent, as a form of “confrontational evangelism.”

“All I heard was like, ‘Gays are wrong!’ said Joshua Erikson, a student at the university. Erikson says that no one should feel like an outcast just because they are gay.

One viewer sent WWL-TV photos of the protest, telling the news station that one student was told he would go to hell for being homosexual, and several other students were reduced to tears by the group’s message.

The 6th U.S. Circuit Court of Appeals recently found that street preachers have a constitutional right to free speech on public areas, and cannot be forced to move to another area unless it is for public safety reasons, and not based on the content of their speech.

The federal appeals court ruled that the city of Nashville had violated the First Amendment rights of a group of anti-gay street preachers when an off-duty police officer forced them off the sidewalk where they had been demonstrating. 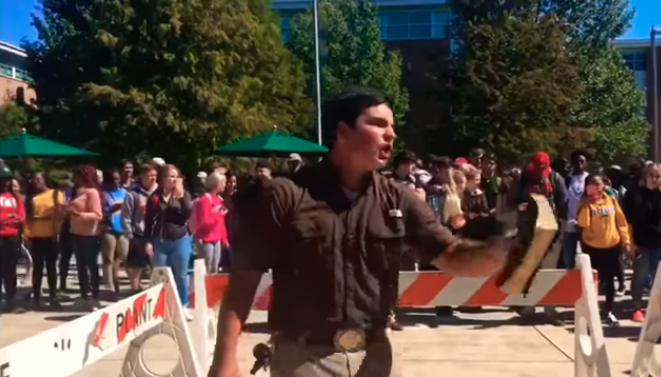 A member of Consuming Fire Fellowship preaches to students at Southeastern Louisiana University in 2017 – Photo: The Willams Family, via YouTube.

Erikson added that he understands that the church has a right to free speech, but also feels that LGBTQ people shouldn’t be harassed for wanting to live openly.