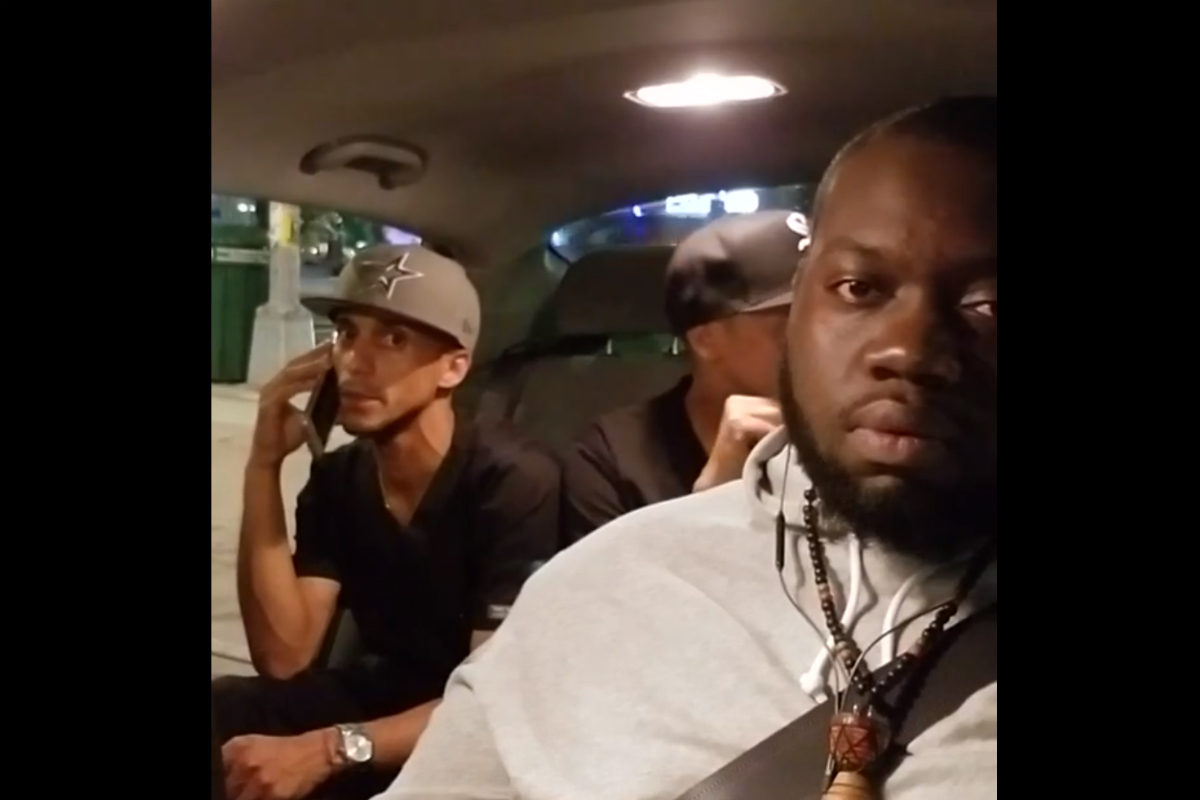 A gay Trump supporter has lost his job after subjecting a Lyft driver to a racist rant that was captured on video.

Robert Ortiz was filmed by his driver, Shawn Pepas Lettman, engaging in a more than 16-minute tirade filled with racial slurs and accusations of anti-gay discrimination.

The incident occurred last weekend in New York City, after Lettman picked up Ortiz and two other men. Ortiz reportedly demanded that Lettman change the music he was playing in the car.

After Lettman refused, Ortiz began his rant, which included demanding that Lettman refund the $8.01 for the ride and calling police and demanding they arrive on-scene to make Lettman’s night “a living hell.”

“I’m not getting out of here until you arrive,” Ortiz said to police, adding that he felt “racially profiled” for not being “black.”

Ortiz also said that he was worried Lettman may do something that “threatens my life.”

“I’m going to make sure that you never have a job as Lyft driver again, you piece of shit,” Ortiz told Lettman.

Ortiz even phoned Lyft, telling a representative that Lettman was “racist against gay people,” and that he was an “American citizen that voted for Trump.”

According to Lettman, whose video of the incident went viral after he uploaded it to Facebook, Lyft suspended him as a driver, leaving him without an extra source of income.

He started a GoFundMe page to cover his lost earnings, and noted that his calm demeanour during Ortiz’s rant was a result of his mother, who ” taught me a very important lesson, which was always useful but more now than ever. She taught patience, humble and calm will get you through anything.”

Lettman notes that he is once again driving for Lyft, and that he intends to use the money for his expenses, rent, and car payments, as well as a safety net for legal fees.

“I have heard some rumors about a lawsuit coming my way from the use of the video captured on my phone,” he wrote, “and I want to be fully prepared if that does happens.”

Ortiz, meanwhile, has lost his job as a result of the rant. After giving his full name and number in the video, internet sleuths discovered he worked at CityMD, an urgent care walk-in facility.

The company’s Facebook page was inundated with negative posts from people slamming Ortiz for his rant, with one person writing, “Nothing about your claim of compassionate and friendly care was shown or expressed when your employee Robert Ortiz verbally, racially and almost physically abused his Uber/Lyft Driver.”

CityMD issued a statement saying they were “aware of the incident” and that Ortiz was “no longer affiliated with CityMD.

“CityMD first became aware of this incident when this video went viral on Friday evening,” CityMD said. “The conduct in the video was wholly unrelated to CityMD operations and did not occur at a CityMD facility. We don’t condone this kind of behavior in any way. This individual is no longer affiliated with CityMD.”

However, after some started questioning whether Ortiz had been fired or merely put on paid suspension, CityMD issued a clarification to Queerty, stating that Ortiz “was terminated and is no longer employed by or affiliated with CityMD in any capacity.”