By John Riley on October 24, 2018 @JohnAndresRiley 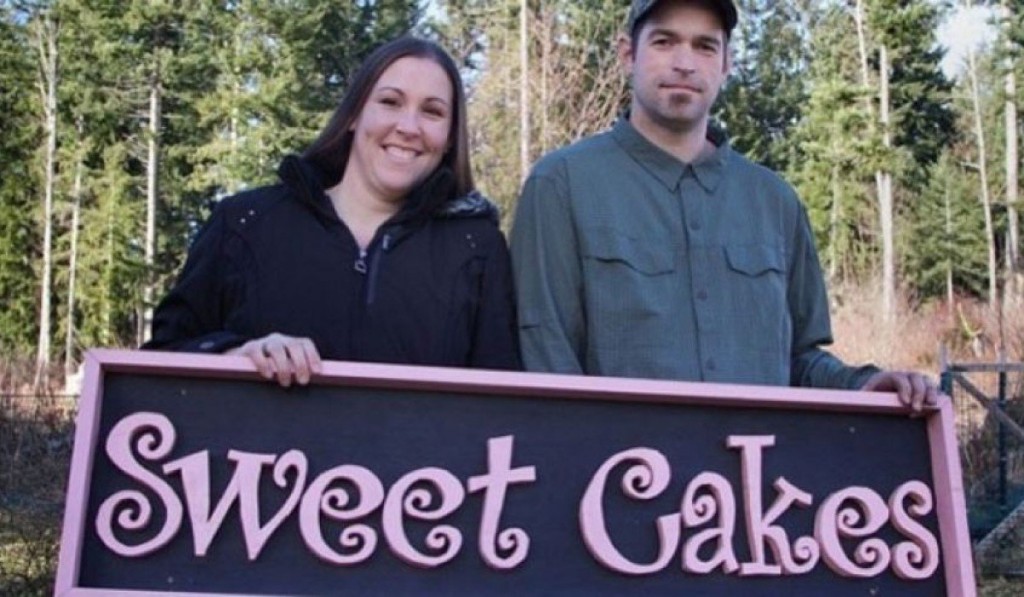 The owners of a now-shuttered Oregon bakery who refused to make a custom wedding cake for a lesbian couple have appealed a ruling against them to the U.S. Supreme Court.

Lawyers for Aaron and Melissa Klein, the former owners of the Gresham-based Sweet Cakes by Melissa, filed a petition on Monday asking to overturn an Oregon Court of Appeals ruling against them, reports The Oregonian.

The appeals court upheld a decision by the state’s bureau of Labor and Industries to assess a penalty of $135,000 for emotional damages suffered by the lesbian couple that the Kleins turned away.

The Oregon Bureau of Labor and Industries assessed the fine against the Kleins for violating Oregon’s nondiscrimination law, which prohibits discrimination based on a person’s sexual orientation.

After the court of appeals upheld the BOLI ruling, the state Supreme Court declined to hear the case. As a result, the Kleins’ only remedy was to appeal to the U.S. Supreme Court.

Earlier this year, the Supreme Court ruled in favor of a baker who sought a religious exemption from Colorado’s LGBTQ-inclusive civil rights law, arguing that creating a cake for a gay couple would violate his religious beliefs opposing homosexuality.

The Supreme Court found that the Colorado Civil Rights Commission had been hostile to Phillips’ religious beliefs by comparing them to slavery and the Holocaust. Because the commission had failed to maintain neutrality, the case was remanded back to the commission to reconsider Phillips’ claims. But the underlying issue of whether Phillips was entitled to a religious exemption based on the facts of the case was never resolved.

As such, the Kleins argue that, if the high court takes up their case, it will be able to issue a definitive ruling on whether business owners can flout civil rights laws that protect individuals or behavior to which they register religious objections.

For their part, the Kleins’ legal team has maintained that baking a cake for a same-sex couple is equivalent to the government mandating that the bakers endorse same-sex marriage.

“This case is an ideal vehicle for this issue: It squarely presents the constitutional questions that the Court did not answer in Masterpiece Cakeshop, but without the factual uncertainties that beset that case,” the Kleins lawyers, from the Texas-based firm First Liberty, write in their petition asking the court to take up the case. “The Kleins sold only custom wedding cakes; any cake they designed and created for a same-sex wedding would have implicated their free speech and free exercise rights.”

But the Kleins’ lawyers go beyond what Colorado baker Jack Phillips asked for when he sought a religious exemption from state nondiscrimination law in Masterpiece Cakeshop.

Rather than just asking for the right to discriminate against certain clients, lawyers with First Liberty are asking the court to overturn Employment Division, Department of Human Resources of Oregon v. Smith, a 28-year-old case that sets precedent for cases where an individual’s religious beliefs conflict with a law that is facially neutral.

In the Smith case, two Native American workers were fired by a private drug rehabilitation organization for ingesting peyote, a hallucinogenic drug, as part of a religious service. When they tried to apply for unemployment benefits, they were denied.

The case eventually worked its way up to the U.S. Supreme Court, with former Justice Antonin Scalia penning the majority opinion that “the right of free exercise does not relieve an individual of the obligation to comply with a valid and neutral law of general applicability on the ground that the law proscribes (or prescribes) conduct that his religion prescribes (or proscribes).” In other words, a religious objector is still bound by the same laws that other citizens must obey, as long as the laws do not single out people of a particular faith for inferior treatment.

In other words, they want the court to rule that, in cases where a religious objector’s right to free speech and free exercise of religion conflict with a certain law, that law can only be enforced if it meets “strict scrutiny” meaning: A.) the government has a compelling interest in ensuring that the law is carried out; B.) the law is narrowly tailored to achieve its stated goals; and C.) there is no less restrictive way to achieve the law’s intent.

But Think Progress, the website of the liberal-leaning Center for American Progress, notes that overturning the Smith decision could have significant negative ramifications, due to the Supreme Court’s 2014 decision in Burwell v. Hobby Lobby, where the court effectively rewrote the federal Religious Freedom Restoration Act.

Under the interpretation of RFRA espoused in the Burwell case, religious objectors’ rights trump those of third parties (whereas, prior to Smith, courts generally found that business owners with religious objections were not allowed to impose their own beliefs onto their customers).

“If [the standard of strict scrutiny] were extended to state laws, very basic law enforcement would become quite difficult, at least when the law is enforced against a religious objector,” Think Progress‘s Ian Millhiser writes.

“Literally any law, be it an anti-discrimination law, a minimum wage law, or even something as simple as a law requiring drivers to drive the speed limit — maybe the driver was speeding because they believed they had a religious obligation not to be late to church? — could become unenforceable against religious conservatives unless the law survived the strictest level of constitutional review.”

It is still unclear whether the Supreme Court will take up the Klein’s case, but some liberal groups worry that the conservative court, with newly confirmed Justice Brett Kavanaugh, will be all too eager to overrule precedent in order to give significant weight to the claims of people who claim their alleged “religious beliefs” — regardless of the sincerity of those beliefs  — exempts them from having to follow laws to which other citizens must adhere.

“The religious right hasn’t even waited for the ink to dry on Masterpiece Cakeshop. Justice Kavanaugh hasn’t even warmed his seat before they try to roll back protection for the LGBTQ community,” Jason Lemieux, the director of government affairs for the Center for Inquiry, a humanist think tank. “Once again, they are warping the Constitution by attempting to replace religious freedom for every individual with religious privilege for a handful. Their aim is to make ‘religion’ a magic word that places their bigotry above our country’s anti-discrimination laws.”