By Randy Shulman on October 25, 2018 @RandyShulman 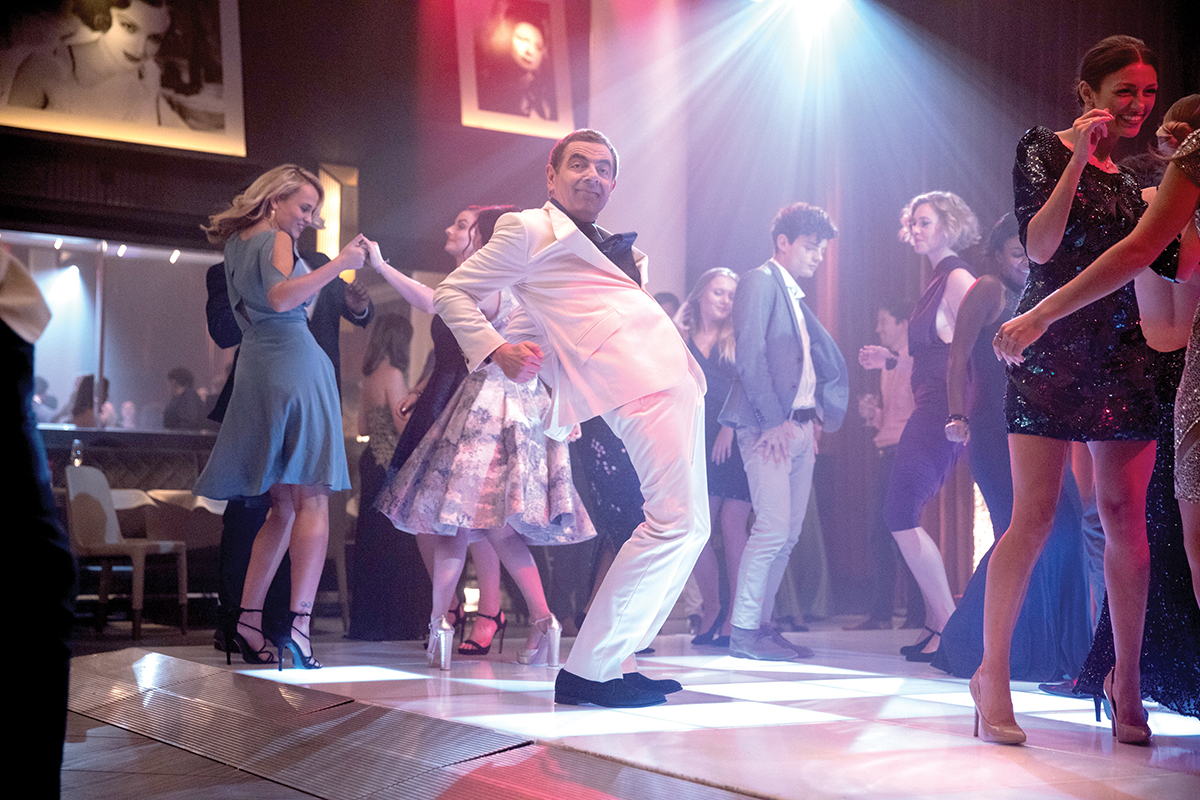 Johnny English, one of cinema’s most bungling secret agents, was borne from a credit card advertisement. “I did some commercials for Barclaycard in the early ’90s,” says Rowan Atkinson, the British comic who devised the role, “and we had a conceit where there was a British secret agent…who was just a very smug, self-satisfied, self-serving man who thought he was a brilliant agent. He wasn’t. He fell short in a number of areas. The jokes were always about the degree to which he falls short.”

Atkinson, who had already seen tremendous international success with the id-driven Mr. Bean, ushered Johnny English to the big screen in 2003. A sequel, Johnny English Reborn, was released some eight years later.

The latest, Johnny English Strikes Again, hits theaters this weekend and finds the hilariously arrogant, self-serving superspy trying to foil a plot for world domination via the internet.

Much of the new movie’s comedy springs from sequences that revel in absurdity, such as a chase involving English stuck in a suit of ridiculously heavy armor.

“When you’re writing a comedy movie,” says the 63-year-old actor, “you’re always trying to find the conceit that exposes the joke of some kind. Generally speaking, it’s quite difficult to make action sequences funny unless you root it in a conceit from the very beginning. You can’t just make it ridiculously actiony. It’s much better to have a character-based attitude which you can exploit for the comedy.”

A gifted physical comic, Atkinson notes that Jacques Tati, the legendary French filmmaker, whose masterpiece Playtime is at the Hill Center this weekend (see page 9), had a direct influence on him.

“I love Tati’s ability just to let it play, as they say,” he says. “I love that slow developing comedy.”

He continues, “What makes me laugh is characters. The simpler and the more ordinary the situation, the more I enjoy them…. If you can see what happens next, sometimes that’s a very good thing. Sometimes the jokes can work very well when they don’t surprise you, when you can hear the calvary trundling toward the horizon before they appear. When they do appear, it’s as joyful as if it was a surprise. That’s because you can predict how human beings are if you’ve lived on the planet long enough.”

Randy Shulman is Metro Weekly's Publisher and Editor-in-Chief. He can be reached at rshulman@metroweekly.com.
← Previous Story Film Review: Halloween
Next Story → Film Review: Can You Ever Forgive Me?