Home / Arts + Entertainment / Spotlight / Editor’s Picks: Next Generation Broadway, Things That Are Round, Paella and Wine, House of Garcon and more!

Editor’s Picks: Next Generation Broadway, Things That Are Round, Paella and Wine, House of Garcon and more!

By Doug Rule on November 8, 2018 @https://twitter.com/ruleonwriting 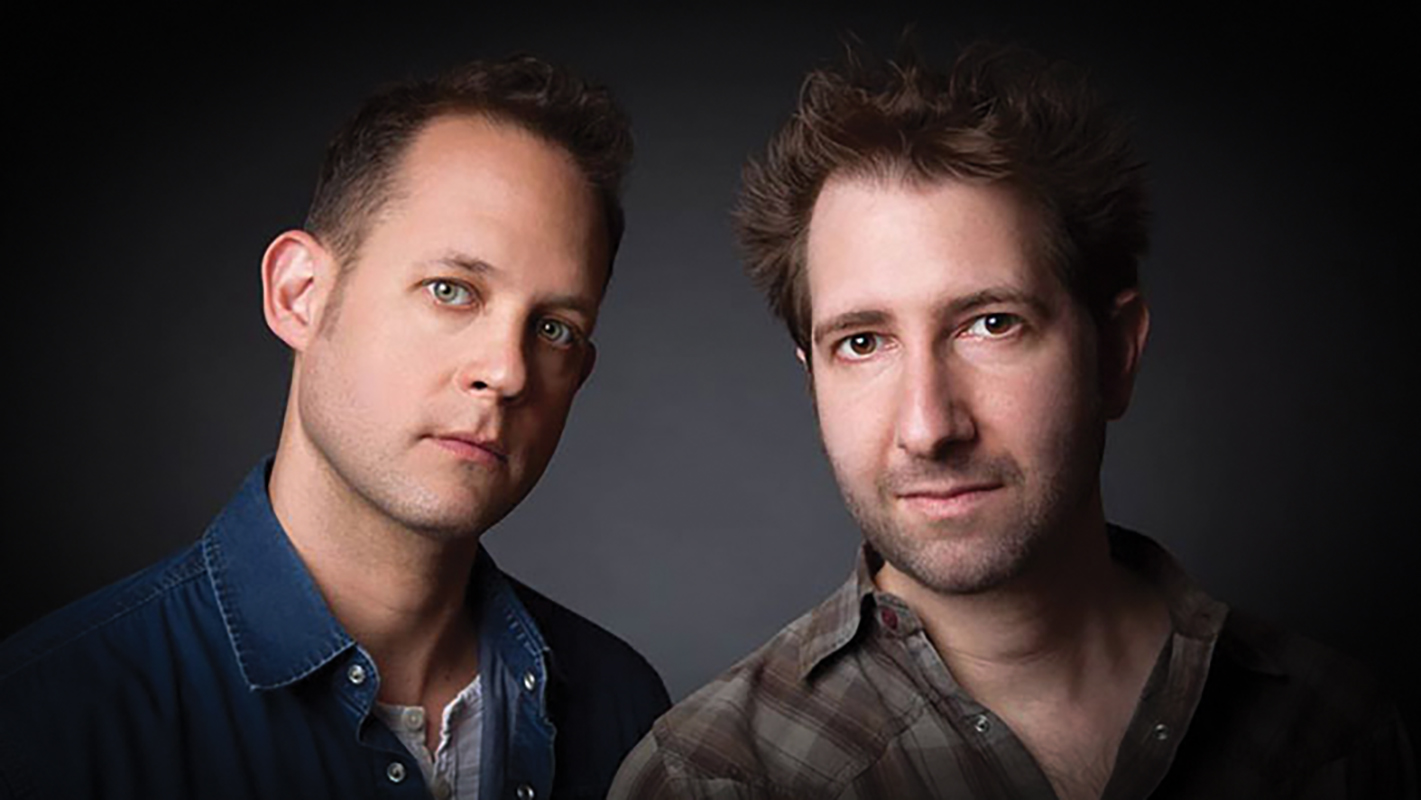 ASCAP PRESENTS BROADWAY, THE NEXT GENERATION

The American Society of Composers, Authors and Publishers (ASCAP) offers a weeklong showcase of new and up-and-coming composers at the Kennedy Center. This year’s series, offering free programs at 6 p.m. on the Millennium Stage, spotlights Sam Carner & Derek Gregor, a duo responsible for the 2013 Off Broadway musical Unlock’d and the forthcoming Island Song, on Tuesday, Nov. 13; Mark Sonnenblick, whose musical Midnight at the Never Get just had its Off Broadway debut, on Wednesday, Nov. 14; and Laiona Michelle & Mark Fifer, who will perform a sneak preview of their upcoming Nina Simone musical Little Girl Blue, on Friday, Nov. 16. Call 202-467-4600 or visit kennedy-center.org. 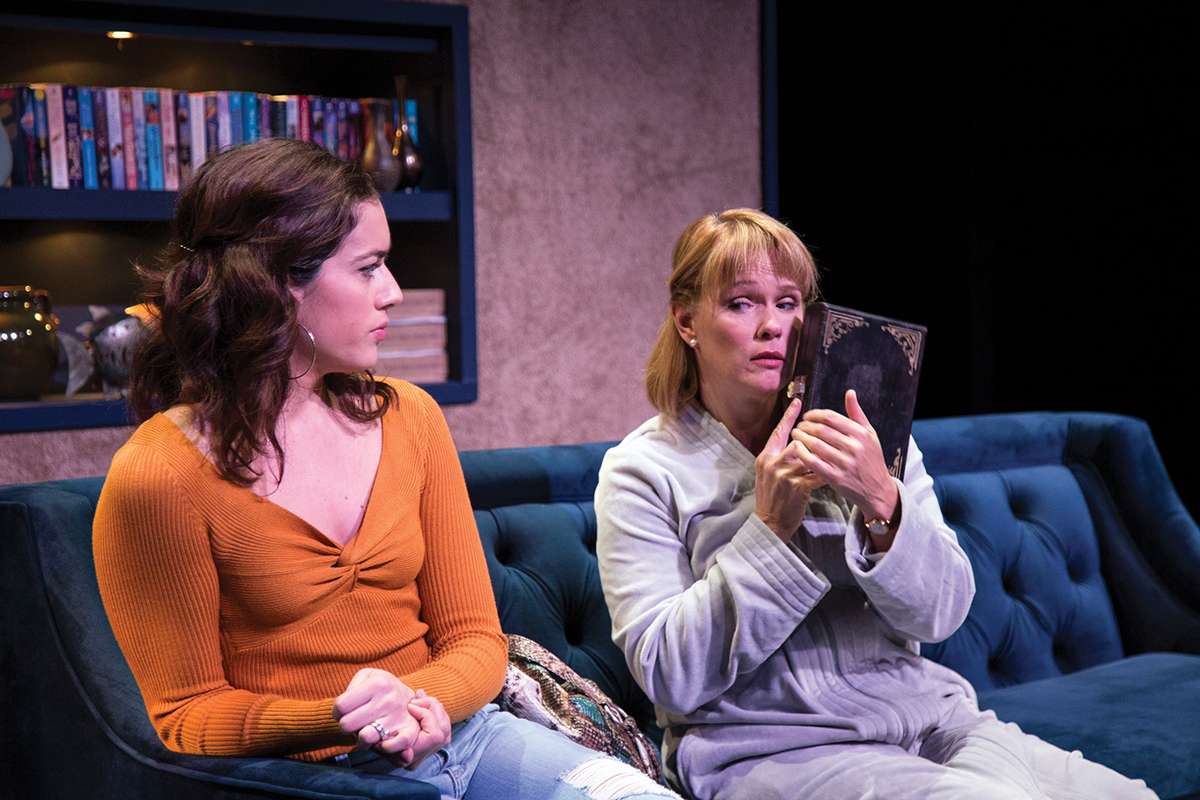 Things That Are Round — Photo: Thais Menendez

THINGS THAT ARE ROUND

A world premiere dark comedy billed as “Thelma and Louise meets George and Martha on steroids.” As with the imaginative roles and alternate realities assumed by the lead characters in those two celebrated works of fiction, Callie Kimball’s play focuses on “a strange ballet of truth or dare” between a dentist and an aspiring opera singer. To Nov. 18. At Rep Stage, 10901 Little Patuxent Parkway, Columbia, Md. Tickets are $35 to $40. Call 443-518-1500 or visit repstage.org. 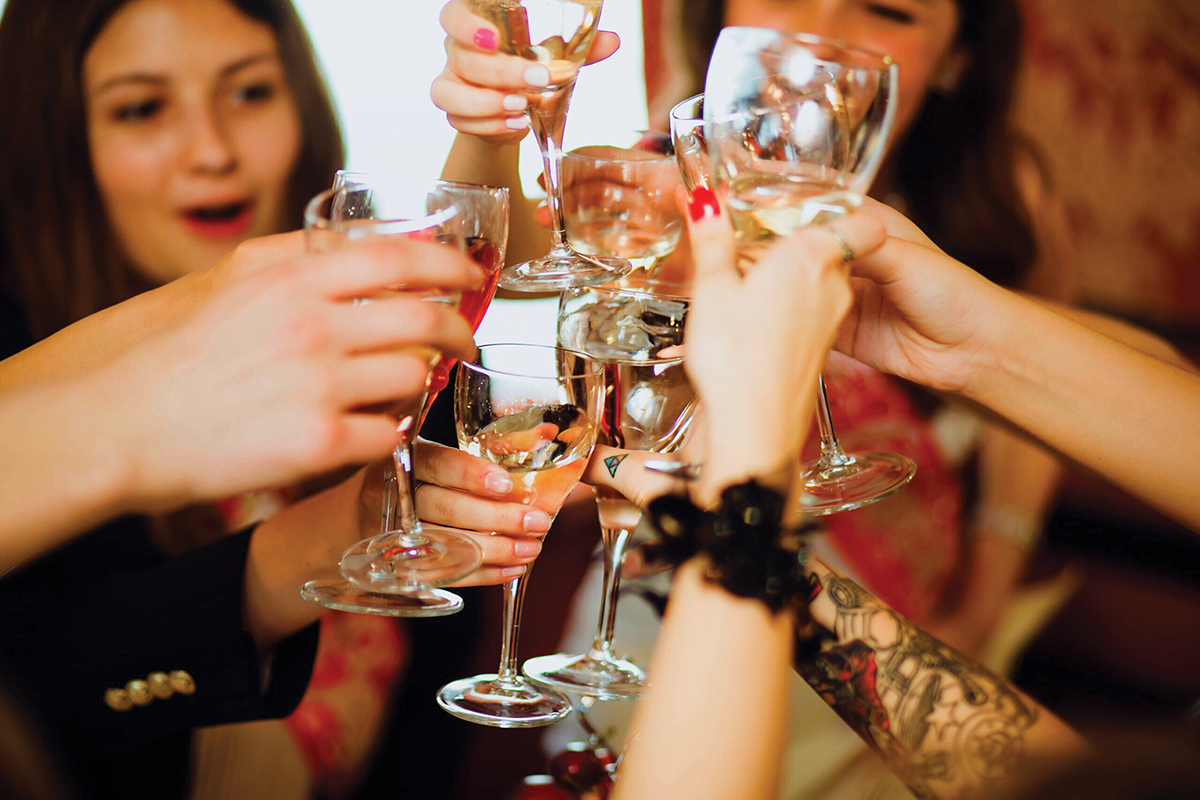 Sample a variety of wines in this first-ever event that also aims to introduce participants to new bars around the city, including Anxo Cidery & Pintxos Bar, Ministry DC, City Winery, La Jambe, Tyber Creek Wine Bar & Kitchen, Kingfisher DC, and Slate Wine Bar. In addition to at least two 1 oz. wine samples at each venue, food will be available for purchase and snacks are allowed during the walk itself. Presented by DC Fray, a social sports and special events company. Check-in location will be confirmed after purchase. Saturday, Nov. 17, at 2 p.m. Tickets are $20 and include a Wine Walk Brochure Guide and a shatterproof, eco-friendly Tossware wine glass. Call 202-290-1969 or visit dcfray.com. 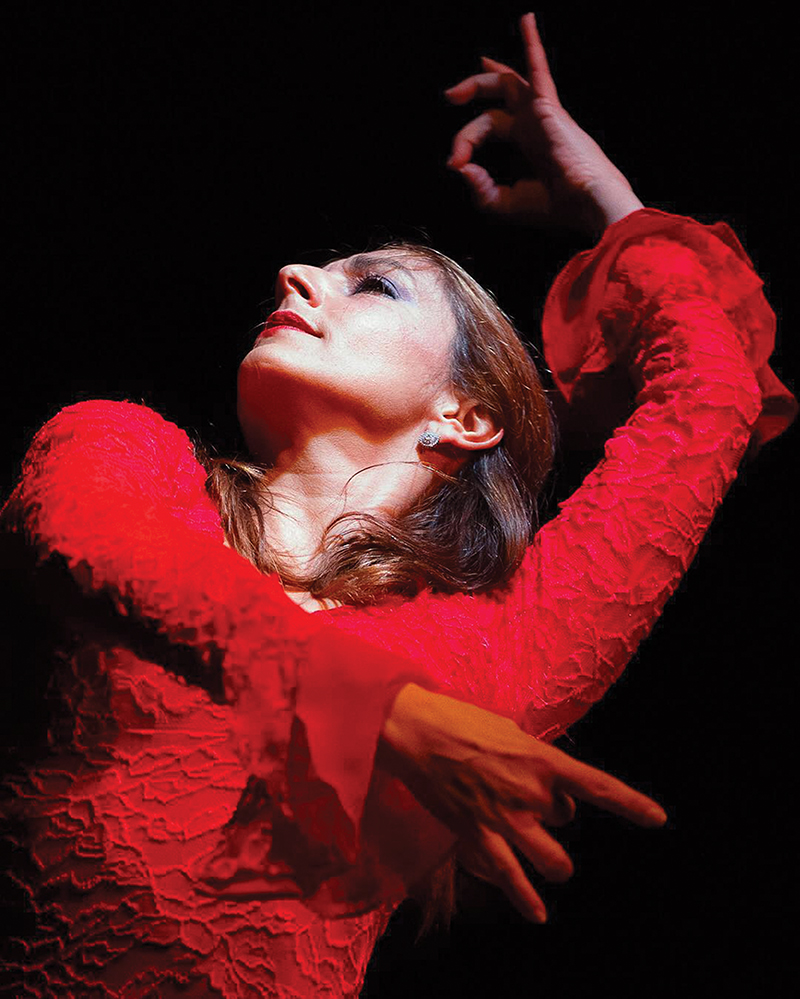 GALA’s annual two-weekend festival kicks off with one of the hottest companies based in the country where the style originated. Spain’s Fundación Conservatorio Flamenco Casa Patas collaborates to present Barrios and Co. in the U.S. premiere of Reditum, Dancing Flamenco, an imaginative, high-spirited work that showcases Barrios’ virtuosity and also features music director and guitarist Isaac Muñoz, singers Caridad Vega and Sara Coréa, and Diego Villegas on saxophone, flute, and harmonica. Thursday, Nov. 8, through Saturday, Nov. 11, at 8 p.m., and Sunday, Nov. 12, at 2 p.m. The second weekend offers the D.C. premiere of La Sobremesa, a mesmerizing new piece from Spain’s Omayra Amaya Flamenco Dance Co., performed with bailaor Edwin Aparicio, the festival’s gay co-founder and curator, a D.C.-based native of El Salvador who has become a world-renowned champion of contemporary flamenco. Friday, Nov. 16, and Saturday, Nov. 17, at 8 p.m., and Sunday, Nov. 18, at 2 p.m. Tickets are $30 to $48, or $80 for a Flamenco Pass to both productions. Call 202-234-7174 or visit galatheatre.org. 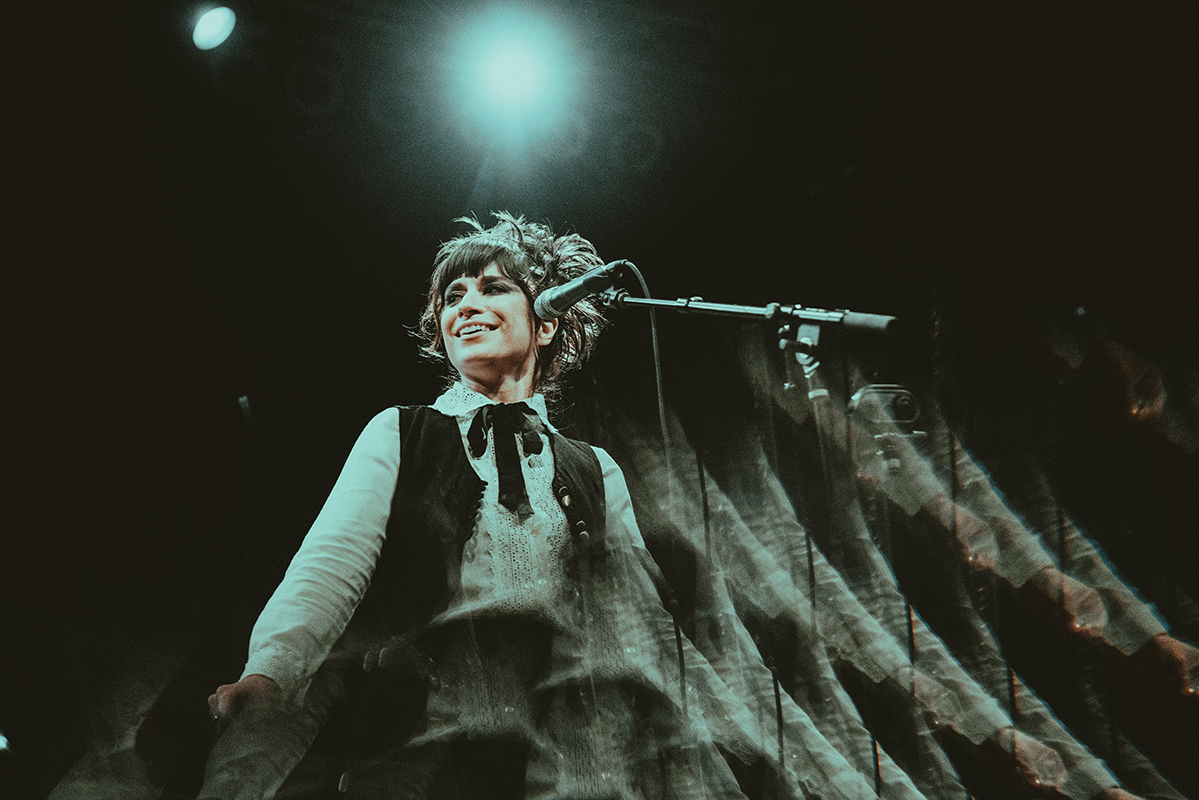 To commemorate the centennial end of the Great War, the WNO offers the Washington premiere of a hopeful work adapted from the 2005 film Joyeux Noël. Featuring Pulitzer Prize-winning music by Kevin Puts and a libretto by Mark Campbell, Silent Night features a cast of WNO family, including Domingo-Cafritz Young Artist alumni, performing in multiple languages (with English surtitles). Directed by Tomer Zvulun with conductor Nicole Paiement. Opens Saturday, Nov. 10. To Nov. 25. Kennedy Center Eisenhower Theater. Tickets are $35 to $199. Call 202-467-4600 or visit kennedy-center.org. 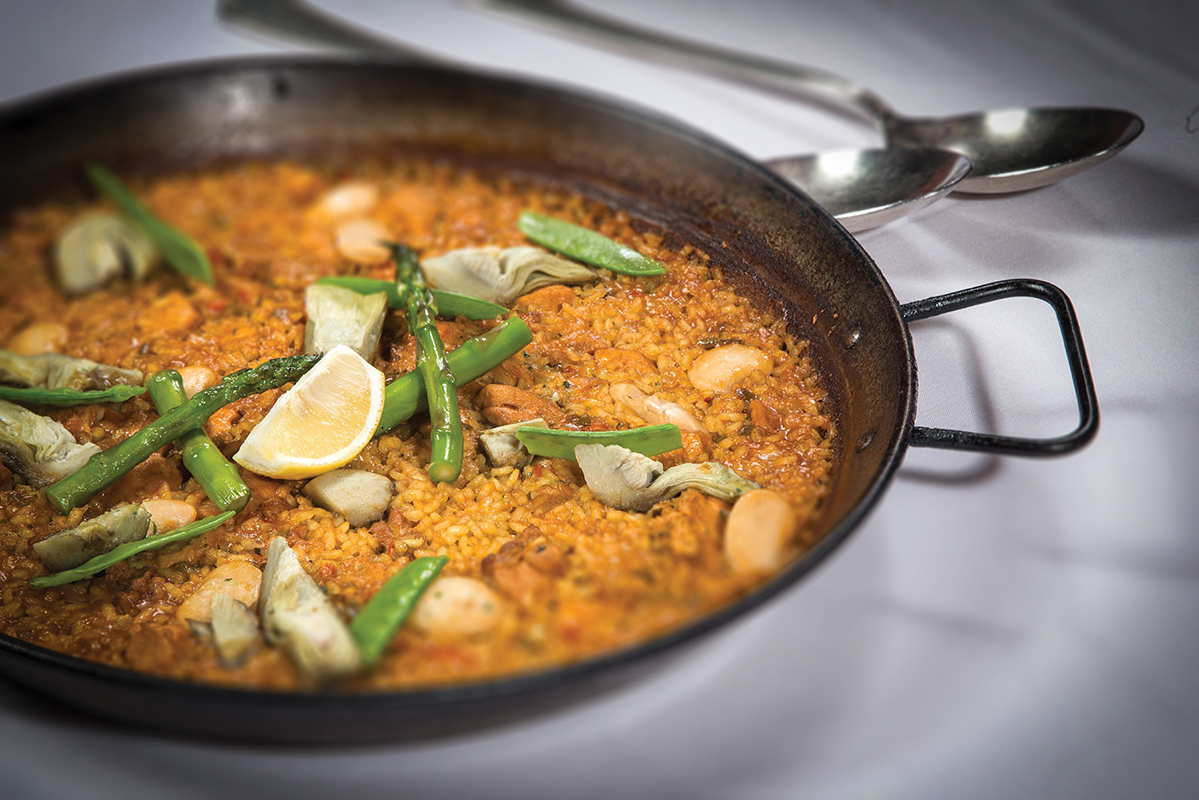 D.C.’s oldest traditional Spanish restaurant honors Paella by serving it up at lunch and dinner every day for $28 an entree, with four different varieties on offer. Additional festival highlights include a Paella Buffet every Tuesday with a choice of one tapa and an unlimited selection of three paellas for $30; a Paella-Making Demo every Thursday in the dining room by Taberna’s chef Carlos Gomez; and a Paella Cooking Class led by Gomez, set for Friday, Nov. 16. Festival runs to Nov. 30. At Taberna del Alabardero, 1776 I St. NW. Call 202-429-2200 or visit alabardero.com. 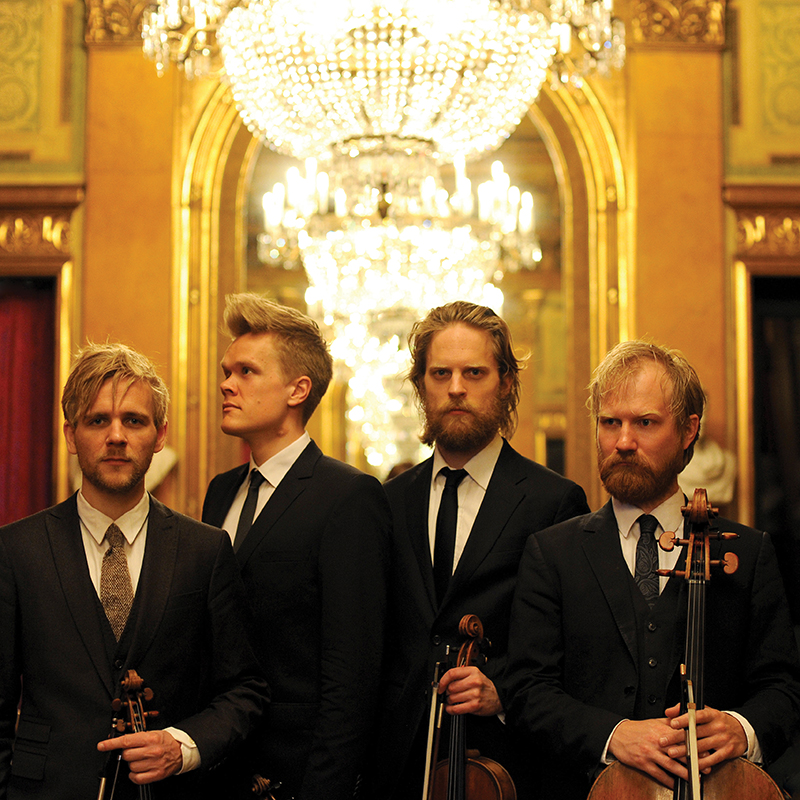 Washington Performing Arts presents the return of these masters of traditional classical repertoire with a focus on folk music from their home turf. Childhood friends, violinists Frederik Øland and Rune Tonsgaard Sørensen and violist Asbjørn Nørgaard, formed the ensemble in 2002, but became the quartet as it’s known today a decade ago when they were joined by Norwegian cellist Fredrik Schøyen Sjölin. Expect everything from moving ballads to energetic jigs akin to their recordings of old Nordic melodies and dances 2014’s Wood Works and 2017’s Last Leaf. Monday, Nov. 12, at 8 p.m. Sixth & I Historic Synagogue. 600 I St. NW. Tickets are $35. Call 202-408-3100 or visit sixthandi.org. 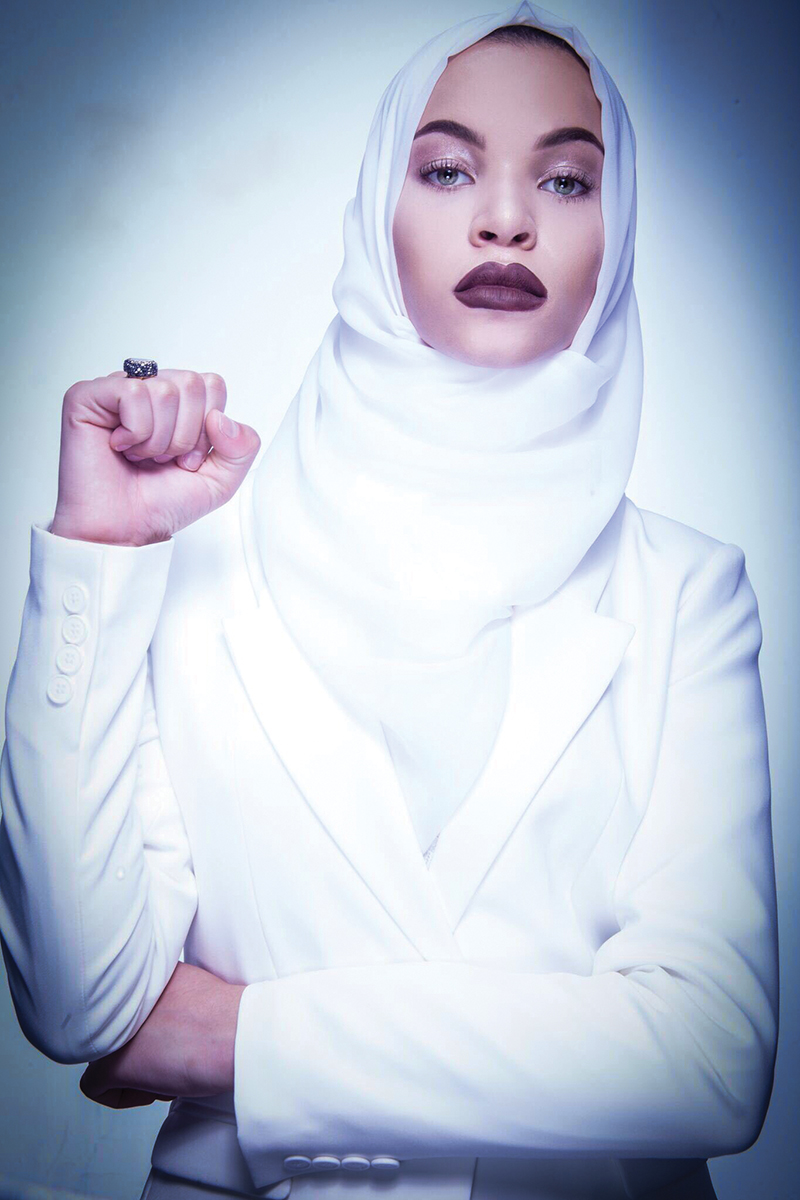 A black queer American Muslim activist, the 25-year-old Imani is founder and executive director of the feminist organization Equality for HER. Subtitled Stories of Women and Nonbinary People Rewriting History, her new primer on social activism features profiles of 70 diverse progressives from the last 60 years engaged in building a more inclusive and just society in all sectors, from politics to academia to pop culture. Imani will be in conversation with Mia Ives-Rublee, a national organizer for the Women’s March on Washington and coordinator of its disability caucus. Wednesday, Nov. 14, at 7 p.m. Politics & Prose at Union Market, 1270 5th St. NE. Call 202-544-4452 or visit politics-prose.com. 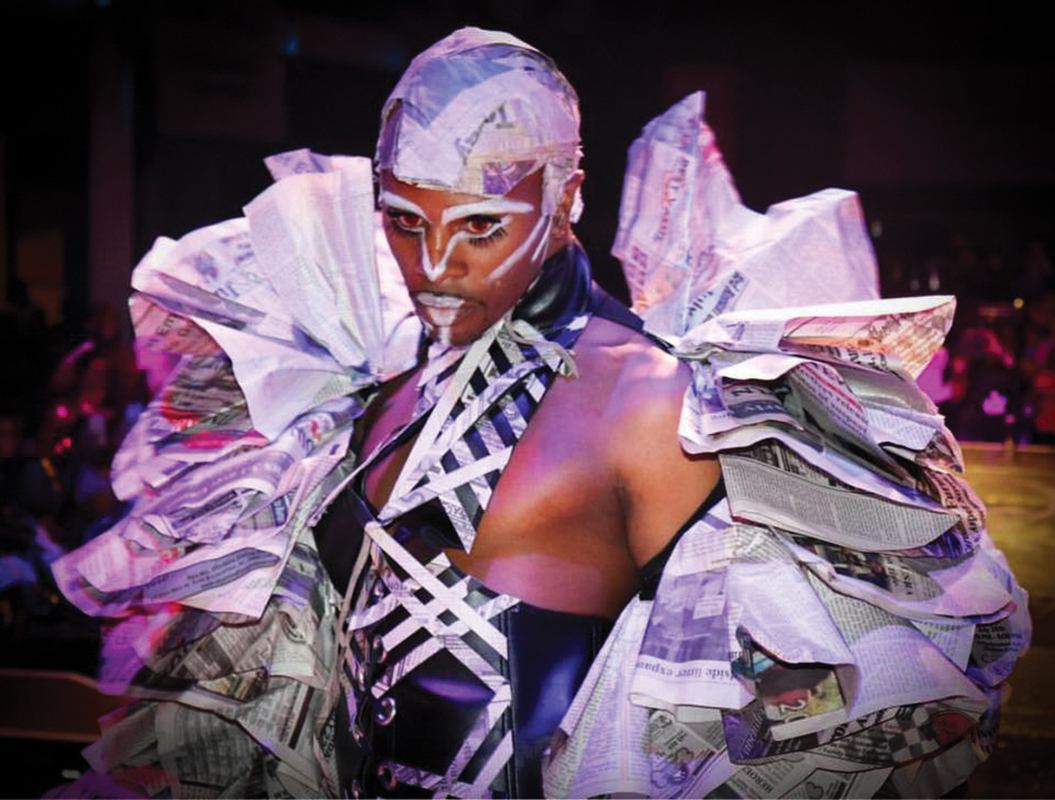 Whitney and Shannon Garcon formed the collective from which they took their last name a decade ago, making it part of the network of houses providing support and guidance for members, who in turn compete at fabulous, fierce balls. This weekend comes the Love Sex Play ball presented as a celebration of the 10th anniversary of the International House of Garcon and the Comme des Garcons Community. Icon Vjuan Allure will serve as Head DJ and Icon Jack Mizrahi as Head Commentator at the ball, hosted at Echostage. The theme of New York’s Met Gala 2017 is the guiding force for the event’s grand prize, “OTA — Perfect 10’s,” which will garner $5,000 to the winner showing “face, body, and realness but all in good taste.” There are five other Mini Grand Prize categories, including “Best Dressed with an Understudy,” “Team Runway Era Duo,” and “Performance as a House.” Trophies will be awarded in categories ranging from “Transman Realness: ROTC” to “FF Sex Siren-Succubus” to “BQ Thug Realness: Platinum Cover.” Sunday, Nov. 11, at 6 p.m. at Echostage, 2135 Queens Chapel Rd. NE. Tickets are $35 plus fees. Call 202-503-2330 or visit lovesexplay.thegarcons.com.