A mixed-media series of paintings with three-dimensional elements

By Doug Rule on November 9, 2018 @https://twitter.com/ruleonwriting 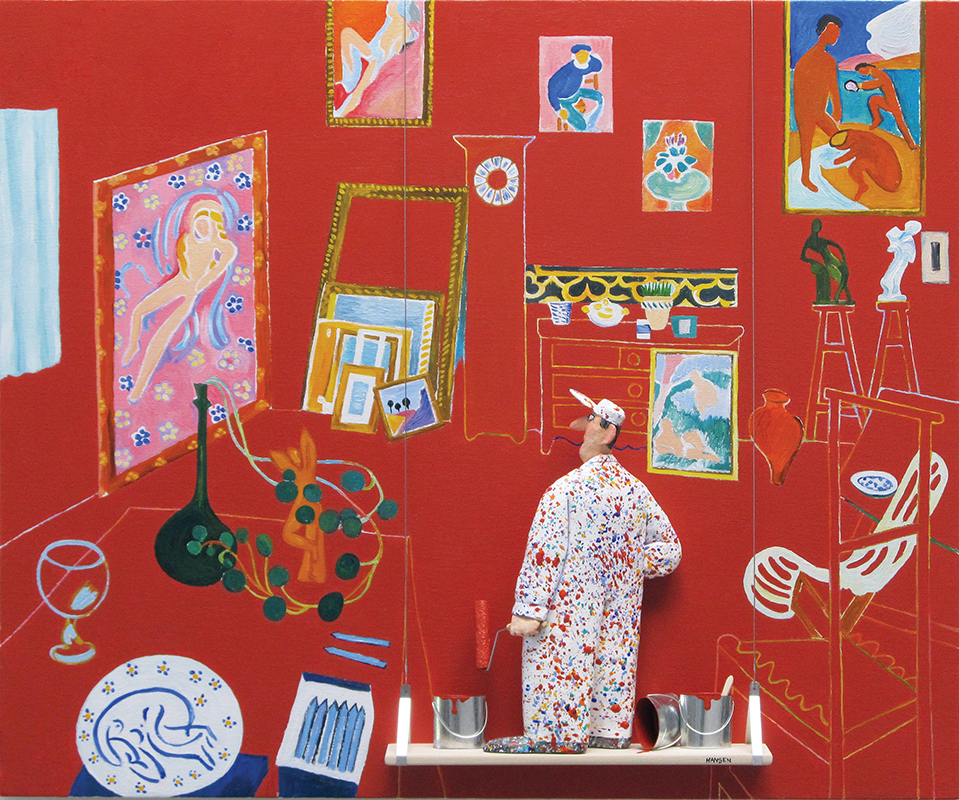 Stephen Hansen’s latest series is the fine art equivalent of being in a cover band.

“You spend four or five hours of being Matisse and you start kind of Matissing around,” Hansen says. “Your whole focus is the little canvas in front of you, so it’s kind of like being somebody else for a period of time. And then the little painters I’ve built to go on them represent…my thoughts while I was working on the painting.”

Consider Lichtenstein’s Pop-Art Nurse, who in Hansen’s rendering appears to be looking askance at the small sculpted painter off to the side. “Painting all those little dots, the fact that she’s a nurse, you have this almost dermatological narrative: ‘Oh my God, I’ve got red dots all over my face!’”

The New Mexico-based sculptor has developed what he calls “late-life art appreciation” as a result of “Great Moments in Art,” his whimsical mixed-media series of re-created paintings with three-dimensional elements. He started the project with the notion of “trying to become a better painter,” but over the course of time, he found “a lot of [painters] I’d kind of dismissed that…I [now] find far more intriguing.” High on that list: Jackson Pollock.

“In trying to do a Pollock, I realized that it was really possible to ruin one,” he says. “Which therefore meant that it was possible to do one really well. So it became this odd quest, and I found out that I ended up liking the guy.”

“He paints them so well, you’re flabbergasted,” says Margery Goldberg, who has represented Hansen in Washington since opening Zenith Gallery four decades ago. In fact, many of Hansen’s works — which Goldberg stresses “are not photostats, they’re actual paintings” — are “better than some of the originals. If you’ve ever seen a Mondrian or a Lichtenstein in person, they really were a little sloppy. They didn’t stay in the lines. But [Hansen’s] are done really neatly and…really deliberately.”

All of them, that is, save one. “The only one he doesn’t exactly copy is a Pollock,” she explains. “Because how would you copy a Pollock? That would be like throwing up and copying that.”

Hansen’s take on Pollock’s Number 1 is a close approximation — the imagined work of a pair of painters who appear to be having a fine time dousing the canvas — and each other — in paint.

“He can’t make them fast enough,” Goldberg says. “I’m literally getting calls from all over the country. People just love them and, God knows, with the temperament of the world and the country being what it is, we need all the humor we can get.” 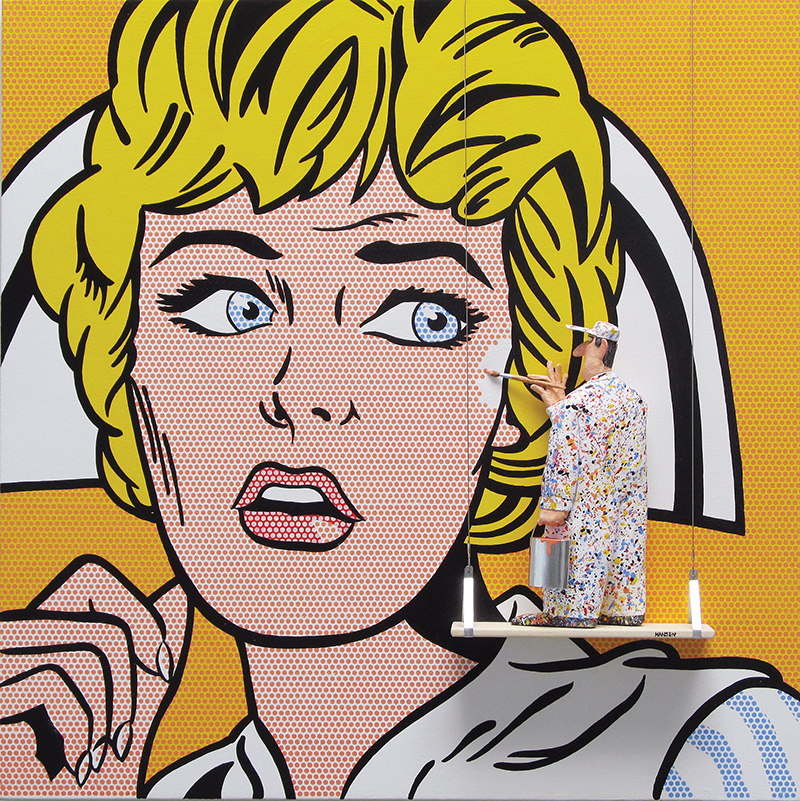 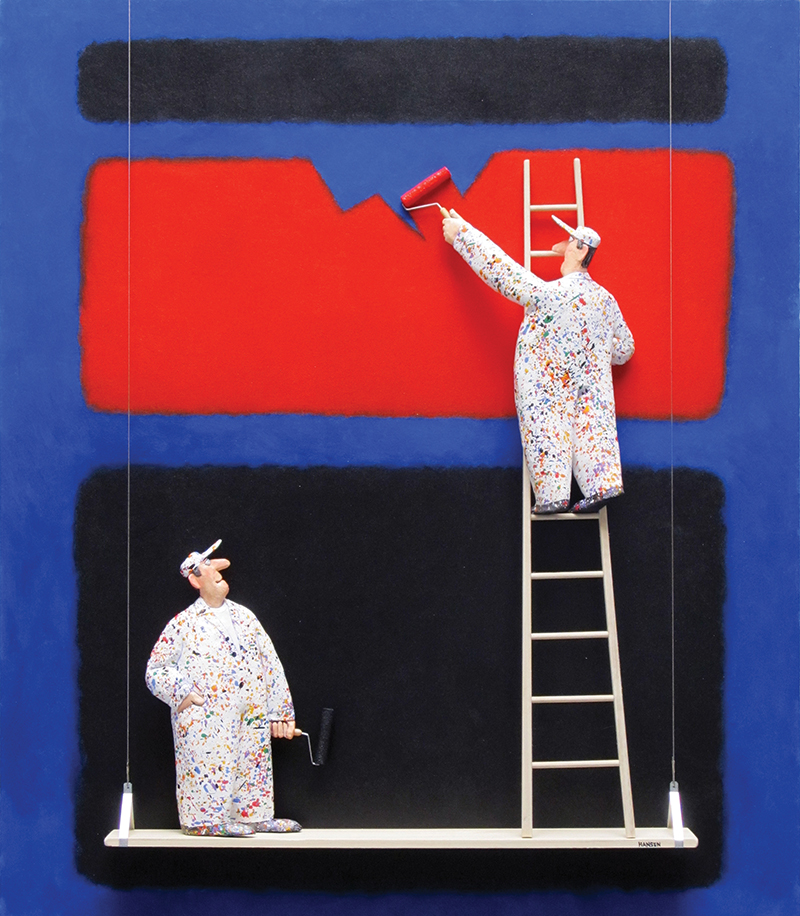