By John Riley on November 8, 2018 @JohnAndresRiley 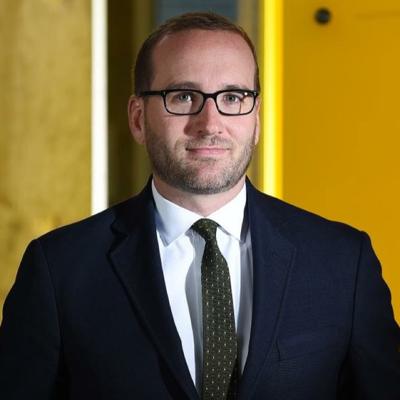 The head of the nation’s top LGBTQ civil rights organization says the results of Tuesday’s elections should serve as a warning to anti-gay politicians that they attack the LGBTQ community at their own peril.

“I want to be clear that last night was a resounding victory for equality, and was a clear rejection of Donald Trump and Mike Pence’s dangerous and divisive agenda,” Chad Griffin, the president of the Human Rights Campaign, said in a post-election conference call with reporters as results from races from the West Coast slowly filtered in.

Griffin said that since President Trump took office, HRC “knew we were going to be on the defensive, and we had to launch a war room and fight back day in and day out at everything that was coming our way.”

In that respect it has succeeded, issuing statements, signing petitions, holding rallies. and even suing the federal government to push back against the Trump administration’s worst anti-LGBTQ machinations.

But Griffin also said that HRC had attempted to go on offense by launching a $25 million campaign– the largest in HRC’s history — with the express purpose of defeating anti-LGBTQ incumbents and replacing them with pro-equality advocates at every level of government.

The campaign, known as HRC Rising, focused particularly on 70 races for the U.S. House of Representatives and on Senate and gubernatorial races in six states that are key to winning the presidency: Arizona, Nevada, Michigan, Ohio, Wisconsin, and Pennsylvania.

The idea behind the campaign was to coordinate with on-the-ground organizers to build a campaign infrastructure that would remain in place not only for the 2018 election, but the 2020 election, in hopes of defeating Trump and any politicians who enable him.

In the most high-profile races, HRC’s endorsed Senate candidates — including out lesbian Sen. Tammy Baldwin of Wisconsin — won in five states, with Rep. Kyrsten Sinema’s Arizona Senate race currently too close to call.

Griffin noted that the midterms come at a critical time when the Trump administration seems determined to rescind or rollback legal protections for the LGBTQ community, particularly the transgender community.

Griffin said it was HRC’s intention not only to “pull the emergency brake” on the Trump administration’s anti-LGBTQ actions, but to elect pro-equality candidates who will actively push for nondiscrimination protections.

For members of Congress, that means pushing the Equality Act, a bill to amend the Civil Rights Act to include specific protections from discrimination for LGBTQ people in employment, housing, credit, and public accommodations.

Griffin said that the victories of several HRC-backed candidates should be a wake-up call to lawmakers who insist on pursuing anti-LGBTQ agenda items.

“It is not only ousting anti-equality members of Congress,” he said. “If you look at the pro-equality champions they were replaced by, across the country, in red, blue, and purple states alike, they were defeated by people who were not just pro-equality champions  but who fought for our votes and made passing Equality Act one of the top issues in their districts.” 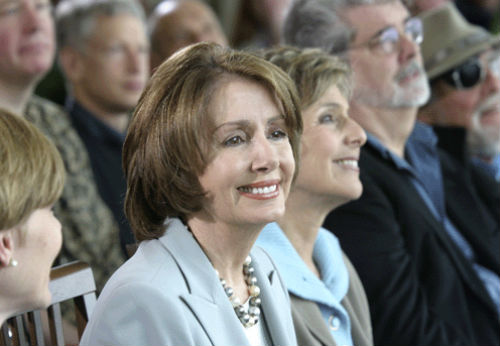 He noted that House Minority Leader and presumptive Speaker Nancy Pelosi has pledged that a vote on the Equality Act will be one of the earliest votes in the new Congress.

Griffin also pointed out that, by taking control of the House, Democrats can block attempts to repeal the Affordable Care Act, which has allowed LGBTQ people, particularly those who are lower-income or who have pre-existing conditions, to obtain health insurance and access to care.

In total, press exit polling estimated that about 6% of people, or about 7 million voters, identified as LGBTQ.

Their impact was particularly felt in competitive races, with at least 13 incumbent members of Congress with “zero” ratings on HRC’s congressional scorecard going down to defeat. As results trickle in from the populous West Coast states — where vote-by-mail is popular — that number could grow even more.

The fate of seven Republicans who switched their votes on an amendment that would have protected LGBTQ people from discrimination at the hands of federal contractors was not apparent.

As of Thursday, Reps. Greg Walden (Ore.) had been re-elected, Rep. David Young (Iowa) had lost, and Rep. Darrell Issa (Calif.) retired, with his seat being picked up by a Democrat. California Reps. Jeff Denham, David Valadao, and Mimi Walters lead in ballots counted so far, but could potentially lose their narrow leads as more Democratic-leaning absentee ballots are tabulated.

Maine Rep. Bruce Poliquin leads in the vote count in his district, but is below 50%, and could lose his lead due to ranked-choice voting, in which votes from the third- and fourth-place finishers are allotted to a second choice until one of the final two candidates receives a majority of the vote.

He has threatened to sue if he loses, arguing that ranked-choice voting in federal elections is unconstitutional, despite being approved twice by the state’s voters.

The election also saw an increase in LGBTQ representation at various levels of government with Rep. Jared Polis being elected Colorado’s first openly gay governor, and Gov. Kate Brown of Oregon, who is bisexual, being re-elected. According to the LGBTQ Victory Fund, at least 154 candidates for various offices won their races.

Griffin also noted that Massachusetts voters upheld a transgender nondiscrimination law, following in the footsteps of voters in Anchorage, who rejected a “bathroom bill”-style ballot initiative earlier this year.

“We sent a clear message to those who choose to attack LGBTQ people, that you do so at your own peril. And when you attack us, we’re going to organize, mobilize and oust you on Election Day,” Griffin said in a statement. “We started sending that message with the ousting of Pat McCrory in North Carolina in 2016. That continued in Alabama, that continued in Virginia in the off-year elections. It is a clear and bold headline out of the 2018 elections.”

Editor’s note: This story was updated to reflect that the call for David Valadao’s victory, which was announced on Nov. 6, has since been rescinded, with Democrat T.J. Cox taking a 400-vote lead.

John Riley is the local news reporter for Metro Weekly. He can be reached at jriley@metroweekly.com
← Previous Story 2018 Elections: Jared Polis is America’s first gay governor
Next Story → Kansas Governor-Elect Laura Kelly will bring back protections for LGBTQ state employees