“I f**king hate gays”: Man goes on homophobic tirade after being denied entry to nightclub

A Canadian man denied entry to a nightclub for using homophobic language decided to respond with a lengthy, expletive-laden anti-gay rant.

Reese Buhr and a friend were refused entry to 441 Main in Winnipeg, Canada, after he was reportedly overheard used “gay” in a derogatory way by a security guard.

Rather than accept the situation, reflect on his actions, and vow to change his ways, Buhr instead decided that the best response would be to film a homophobic rant and post it to Twitter.

In the since-deleted video, which was saved and shared by Canada’s CityNews, Buhr says he is “fed up with this bullshit,” before launching into his tirade.

“I fucking hate gays, let’s put that on the record,” he shouts at his camera, as someone off-screen laughs. “These fucking queers were illegal 20 years ago. My grandparents would say what the fuck, that’s fucked man. And I’m with them on that shit.”

But he wasn’t quite done there, instead doubling down on his surprise that using the word “gay” in a negative context could somehow be offensive.

“What the fuck, man, since when do queers run our fucking country?” he rants. “Are you fucking joking me? So it’s offensive to say the word gay now? Okay.”

He also played into the age-old argument used by conservatives the world over: that gays are demanding equality at the expense of straight people’s rights.

“Do I hate gays? Yes!” he says. “Where are my fucking rights as a fucking straight person? I have rights, not only queers have rights. I have a right to get in a club.”

411 Main’s co-owner, Nikola Maharajh, stood by the decision to deny entry to Buhr, telling CityNews that the his business partner, who is also a security guard, “witnessed someone [using] homophobic language. Obviously, he didn’t appreciate that, so he told the guy, ‘Sorry, you’re not going to come in tonight.'”

The club also posted a rainbow flag to its Facebook page, writing, “At 441 Main we pride ourselves on diversity and equality. We will continue to defend your rights, making our venue a safe place for everyone because no matter who you are or whom you love, you are human, and we welcome you.”

441 Main will also apparently install a rainbow flag in the nightclub to further promote its commitment to LGBTQ equality.

“We really, like, preach equality here, doesn’t matter what race you are, gender you are, sexual orientation,” Maharajh told CityNews. “We just really want everyone to feel comfortable, come have a good time on the weekend. So, if we let someone like that in, it’s going to ruin someone’s night.”

Buhr attempted to apologize after his video was discovered.

“I sincerely apologize to anyone I offended,” he said in a video posted to his social media, “and take full responsibility for my actions.” 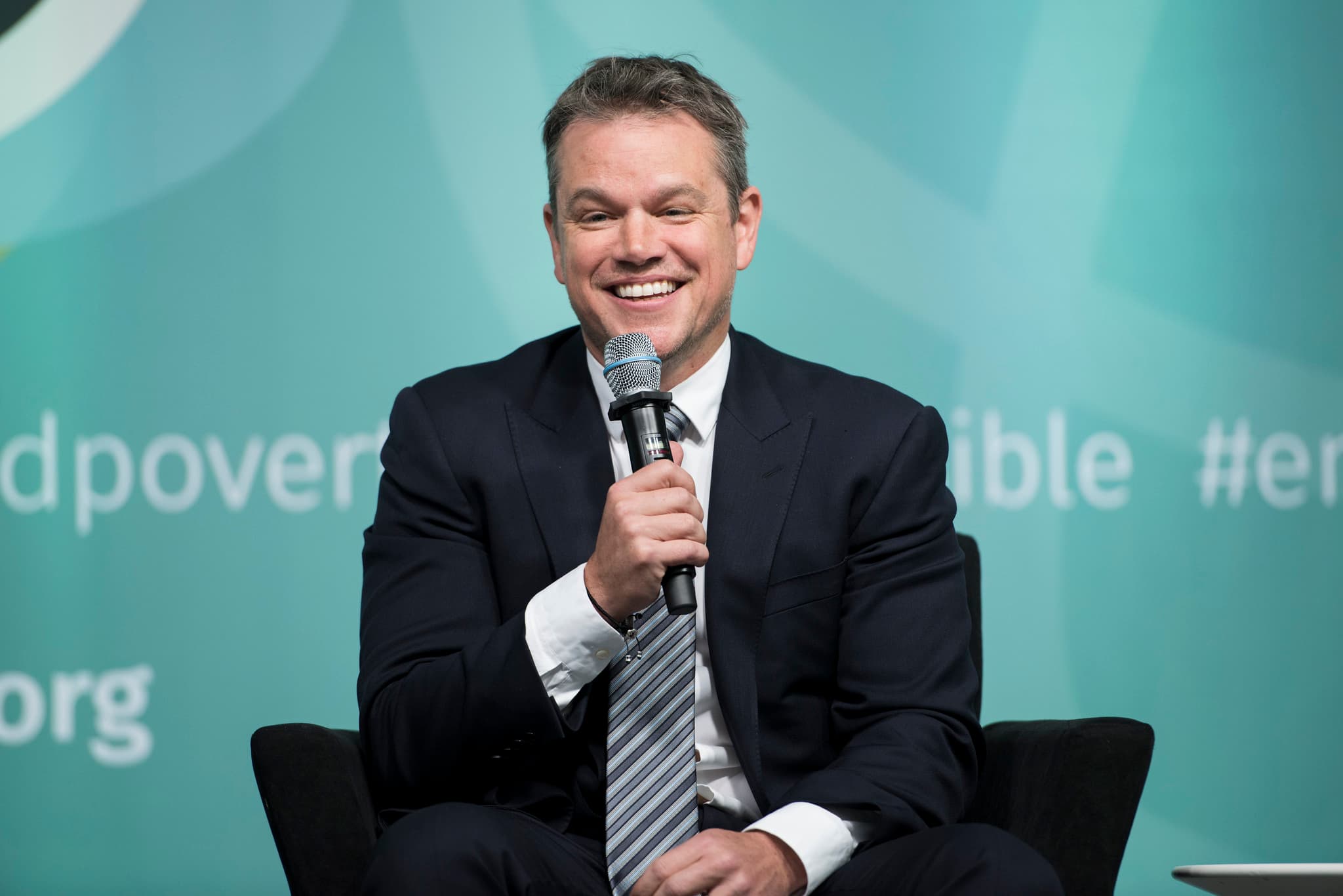 Matt Damon has walked back comments he made in an interview last week in which he seemed to suggest that he was still using the antigay slur "f*g" as recently as "months ago."

The actor told the Sunday Times that his daughter admonished him for using "the ‘f-slur for a homosexual,’" which Damon, 50, said was "commonly used when I was a kid, with a different application."

“I made a joke, months ago, and got a treatise from my daughter,” he continued. “She left the table. I said, ‘Come on, that’s a joke! I say it in the movie Stuck on You!’”