“Stop your gay agenda” sprayed on rainbow mural in Texas

An LGBTQ pride mural in Houston, Tex., has been defaced by anti-gay vandals.

The BeVisible Pride Wall in the city’s Heights neighborhood was sprayed with a giant “X” and the words “Stop your gay agenda, please,” ABC13 News reports.

The mural, painted in April this year by artist Hugo Perez, was created as part of the “Pride Portraits” campaign, a national campaign established after the Pulse nightclub shooting in 2016 to help LGBTQ people feel more connected to one another.

Eric Edward Schell, who founded the Pride Portraits movement, told Gay Star News that the graffiti brought him “right back to the Pulse shooting and the realization that people want our community silenced — if not dead — for simply existing.”

Noting that “being visible…puts a target on our backs,” Schell added that there “is no ‘gay agenda.’ We are not asking for extra rights [and] we are not asking that you have less rights…. We are seeking equality.”

Perez, who painted the mural, said on Facebook that he wasn’t surprised it was defaced given the “current political climate.”

“Someone felt the need to destroy the mural I created earlier this year,” Perez wrote. “[I’d] like to say I’m surprised that this happened in the Heights but I’m not considering the current political climate. Such is life.”

Pride Portraits posted a statement from Jenni’s Noodle House, where the mural was painted, saying that it would be repainted “this week.”

“My support for the LGBTQIA+ community has not changed and is stronger than ever,” the statement reads. “With the hate speech that was spread over the affirming and uplighting mural it is a reminder to continue to Be Visible. Both myself and Pride Portraits will continue the work that we do individually and mutually to bring visibility, representation and humanization for the LGBTQIA+ community to the forefront.”

Far-right nationalists gathered to celebrate Poland's Independence Day, despite a court ban on the event 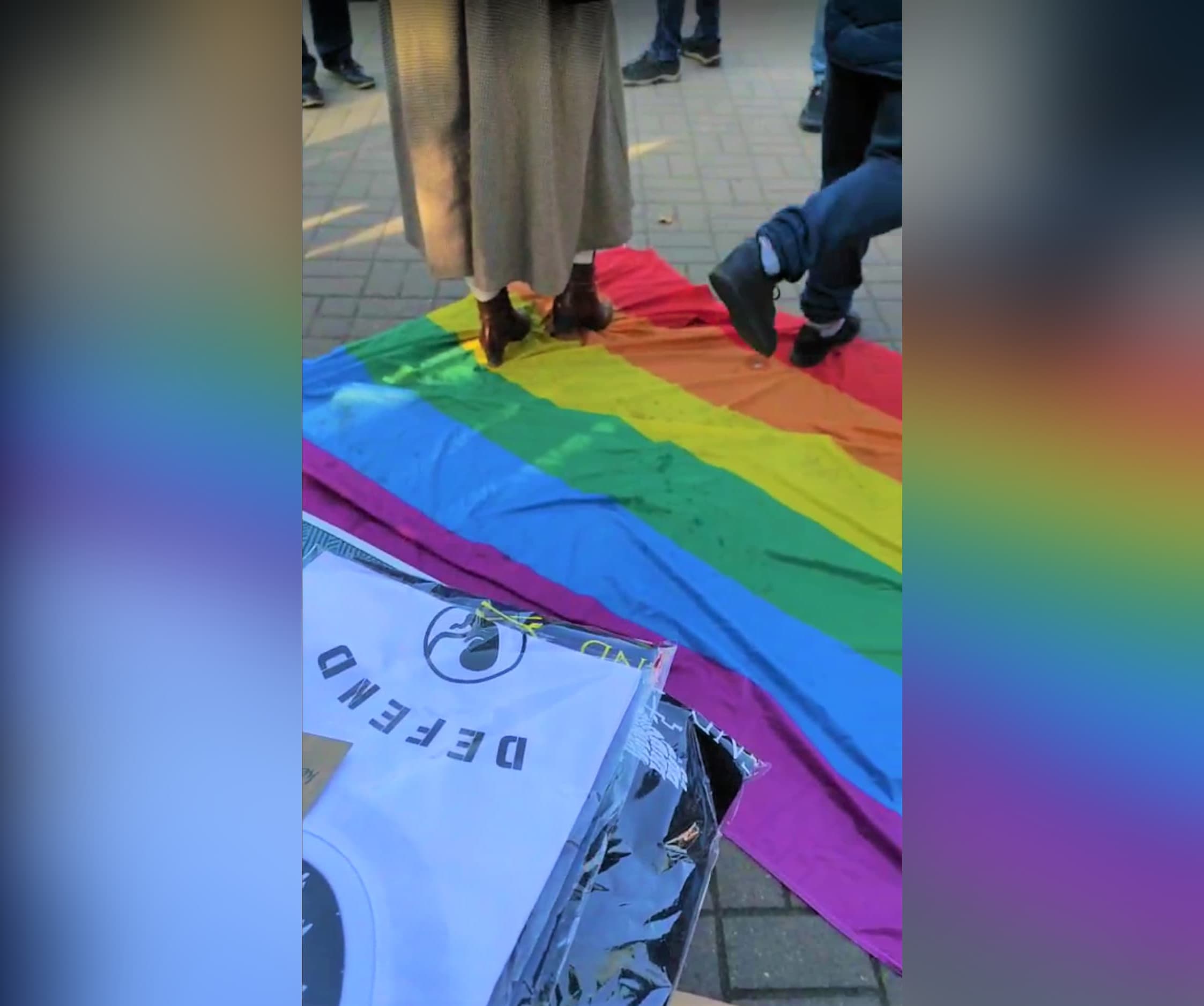 White nationalists in Poland invited guests at a festival booth to wipe their feet on a Pride flag, in the latest example of the country's backward slide on LGBTQ rights.

The event was banned by a court order due to past instances of violence, but that was challenged by Poland's nationalistic and anti-LGBTQ Law and Justice government.

Footage from the event, which featured an estimated 100,000 people, captured attendees at a booth for All-Poland Youth wiping their feet on a Pride flag.