Camaraderie, respect for those who have passed, and hope for the future are trademarks of Whitman-Walker's Walk to End HIV

By John Riley on November 29, 2018 @JohnAndresRiley

Dwayne Lawson-Brown was first introduced to AIDS Walk Washington as a child, when he and his Boy Scout troop participated.

“In the late ’80s and early ’90s, there was a lot of talk around HIV and transmission,” says the Washington, D.C. native. “And the images you saw were of people dying. So my troop and our Scoutmaster saw the need, and said, ‘We’re not doctors. We’re not going to be able to do anything medical, but a way we can help is by raising some money and walking.’

“I remember first thinking, ‘Oh my gosh, we’ve got to walk for how long? Why? It’s not going to be fun,'” he recalls. “And getting there and realizing, ‘Wait, this is for a good cause.'”

Ever since that first AIDS Walk, the event has been a fixture in Lawson-Brown’s life. He joined in several walks as a teen, and later, after becoming a youth health educator for Metro Teen AIDS, arranged for a group of kids in the program to walk with him, carrying on the tradition first begun by his forward-thinking Scoutmaster.

“As far as my story goes, it’s always been connected to serving young people as they navigate this fight against HIV,” says Lawson-Brown, now health educator for social mobilization at Whitman-Walker Health. “I think it’s time for us, as people in their 30s and late 20s, to continue to cultivate young activists who are ready to take up the mantle, to be a leader, to get others in their social groups to walk.”

Started in 1987 as “The Next Step,” the walk began out of a sense of desperation. At the time, HIV/AIDS service organizations were coping with a mounting death toll and very little federal support, relying chiefly on the generosity of individual donors. As time has gone on and the disease has become more of a chronic, manageable condition, not only has the name changed — it’s now known as the Walk to End HIV — but so, too, has the walk’s purpose. It has morphed from a fundraiser seeking to scrape together money for palliative and end-of-life care for people living with AIDS, to an event focused on providing quality healthcare to HIV-positive individuals and funding efforts to find a cure for HIV.

Hannah Byrne, the organizational archives assistant at Whitman-Walker and one of the chief forces behind the community health center’s “40 Stories” Project, has spent the past year collecting oral histories from different figures whose lives form the larger story of Whitman-Walker’s evolution. Working in collaboration with American University’s Humanities Truck, an educational project that collects and displays historical artifacts inside of a converted delivery truck, Byrne has curated a mobile exhibit on the history of the Walk to End HIV. The exhibit will be on display at this year’s walk.

Byrne marvels at the tenacity of those who launched the first AIDS Walk in 1987, calling it an “incredible feat” to bring people together to raise money for a disease that was little understood and shrouded in stigma.

“It’s incredible to think of the collective courage it took, in 1987, to come together and say, ‘Here we are. Here’s what we’re fighting for. These are the people we’re fighting for. Forget all of the stigma. We just need to raise money to help save people’s lives,'” she says. “I’ve read an article featuring [former Whitman-Walker Clinic director] Jim Graham, where he said they raised like $240,000 at that first walk. I think that’s an incredible show of a community coming together publicly, dedicated to fighting for their community, fighting for their lives, and the respect of the larger community.”

Dave Mallory, director of annual giving at Whitman-Walker, says the earlier walks were as much a protest of government inaction on HIV/AIDS as they were fundraisers.

“In the earlier days, the crowds were there to protest, to raise visibility, to demand treatments and education,” he says. “There’s always been a sense of community around the Walk to End HIV, and that’s very much still there. It’s great to see the diversity of communities that come together for the walk, whether it’s the faith community, the LGBTQ community, or the law firms,” he says, referring to a number of local businesses that sponsor employees who take part in the walk.

Michael Kharfen, senior deputy director for the D.C. Department of Health’s HIV/AIDS, Hepatitis, STD and TB Administration, which partners with Whitman-Walker for the Walk to End HIV, says the evolution highlights the progress that’s been made in combating HIV.

“I started working on HIV in 1985 in New York City, and we didn’t have the public health, or the kind of governmental national leadership to respond to the epidemic taking people’s lives,” he says. “Heck, the President of the United States didn’t even say the word ‘AIDS’ until his last year in office.”

But Kharfen also notes that despite medical breakthroughs like antiretrovirals that have prolonged the lives of HIV-positive individuals, or the advent of PrEP to combat transmission of the virus, there is still no cure or vaccine, meaning those who are committed to fighting the disease cannot be lulled into a false sense of security.

For the second year in a row, Whitman-Walker will sponsor a companion event, the Brunch to End HIV, where those who are unable to participate physically in the walk or the 5K can contribute financially by dining at participating restaurants from Oct. 27-28. Under the arrangement, restaurants will donate a portion of their proceeds to benefit Whitman-Walker Health’s HIV/AIDS services.

For Naseema Shafi, the deputy executive director of Whitman-Walker Health, the Walk to End HIV and its affiliated events are a central part of the community health center’s identity.

“I’ve seen a different level of engagement from the community in terms of the people who actually show up that day,” she says, noting that the event’s timing in October can often conflict with walks or races aimed at raising money for other causes. “It gives us an opportunity to be at a large gathering that reinvigorates us about why we exist and how much we are integrated with, and rely on, the community.”

Shafi’s most vivid memory of a walk was in 2016, when many members of the Whitman-Walker family, and, indeed, many residents of the liberal-leaning District, were still smarting from the surprise election of President Trump.

“I remember the Gay Men’s Chorus sang,” she says. “There was an energy that hung in the air, this sense of dread, but it sort of reflected the need for us to stick together. It was very powerful.”

Shafi says the walk also serves as a poignant reminder that more needs to be done on a variety of fronts to combat HIV, and the essential role that Whitman-Walker plays in achieving those goals.

“Our job at Whitman-Walker and as members of the HIV community is to help continue to educate folks on where we need help and which parts of the community aren’t accessing care,” she says. “We have to think about how we get more young people engaged in their health care earlier, how do we get young people, especially young men and women of color, on PrEP, how do we get more trans folks engaged in their health care.

“And so, we have to think about the ways we can communicate how important we still are, and how, without the help of the community, we would really struggle to provide those services.” 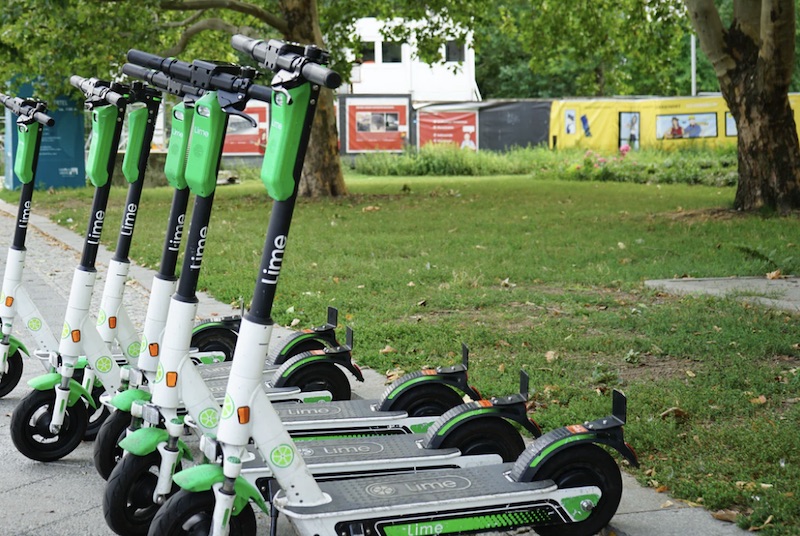 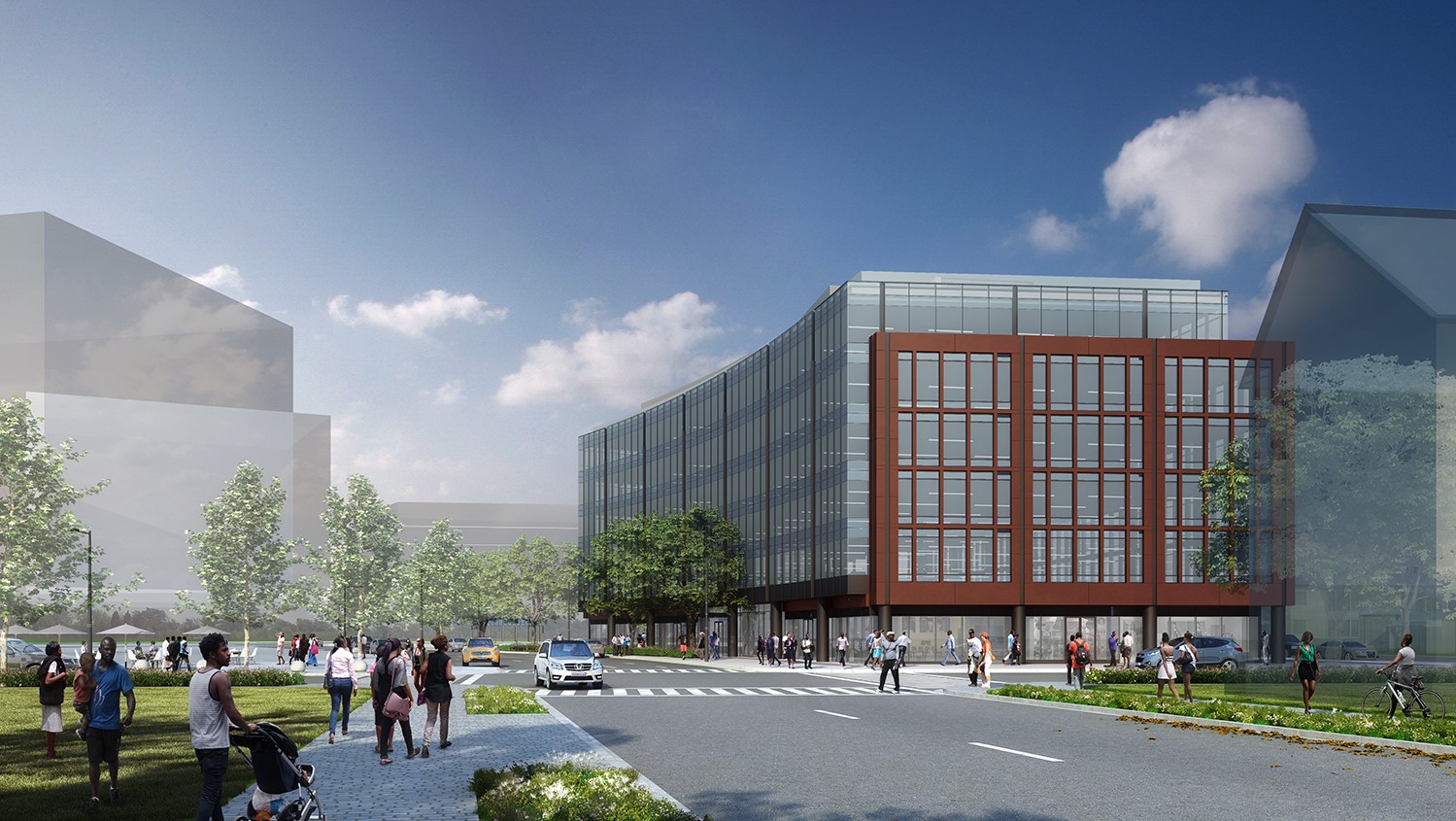