Each show features a different mix of improv ensembles, from iMusical to the all-female-identifying group Hellcat

By Doug Rule on November 8, 2018 @ruleonwriting 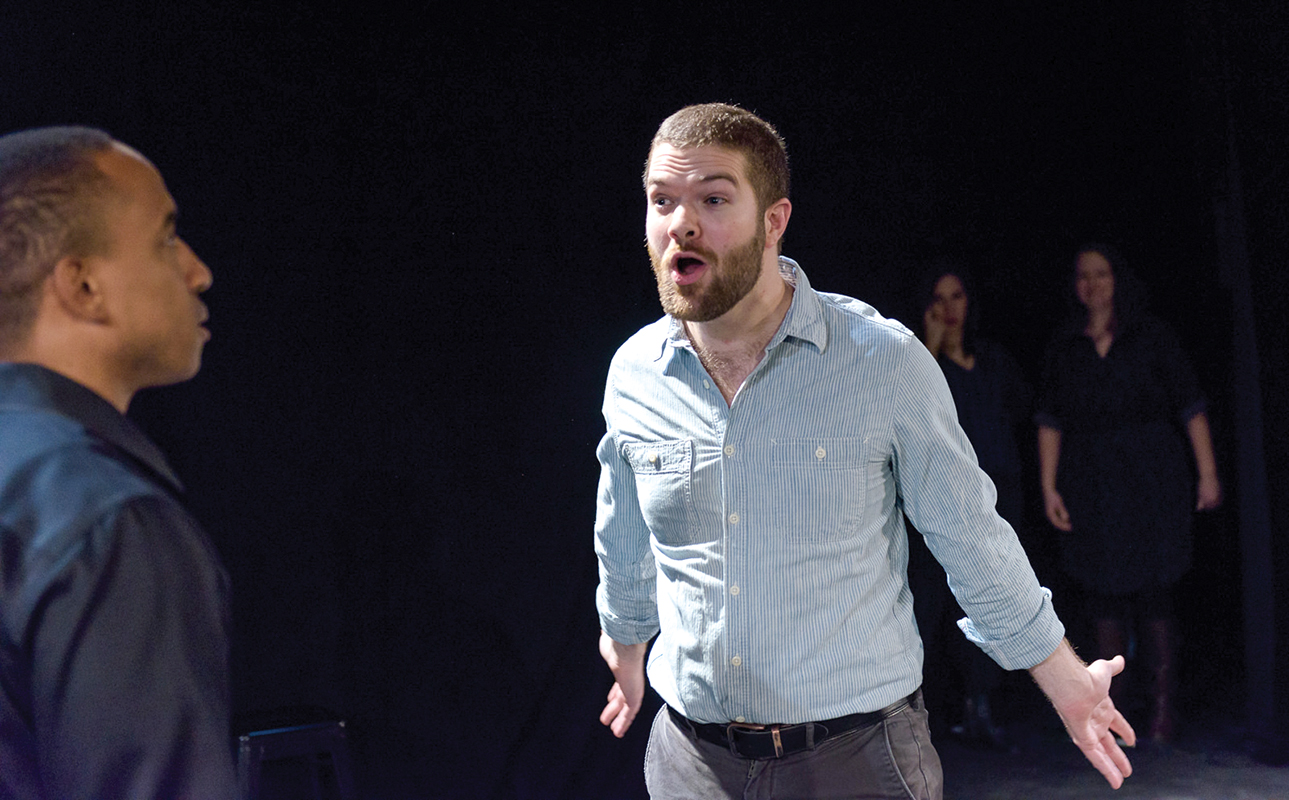 It’s one thing to see a musical or to watch an improv sketch. It’s another thing entirely to see both at once.

“The thrill of the show is to listen to a completely catchy, seductive, singable musical theater song happening spontaneously, in a way that connects to something hilarious and/or truthful in a scene,” says Mark Chalfant about the Washington Improv Theater’s iMusical. “Improv is already sort of a magic kind of alchemy where there are signals being sent by performers, and depending on how the audience is responding, the show goes in this direction or that direction. I think it just feels more magnified when the musical aspect is added.”

Chalfant has been a member of iMusical since it started a dozen years ago. He’s served even longer as the director of WIT, which has helped a notoriously serious-minded town loosen up a bit.

“D.C. has an incredibly robust improv community of really talented performers,” he says. And he proudly puts that talent on display in programs like the current WIT Road Show. Each show features a different mix of improv ensembles, from iMusical to the all-female-identifying group Hellcat. All told, eight of the ensembles performing over the next two weekends feature LGBTQ players, says Chalfant, who is also gay.

Among the ensemble lineup, Chalfant singles out the “sensational” — and sensationally named — Lena Dunham. “I think each player in Lena Dunham was the only African-American player on their respective other improv team,” Chalfant says. “I don’t know if you watch Girls, but there was sort of a cultural moment when they introduced a person of color.”

Audience interaction at a WIT show is usually limited to seeking a suggestion of some sort — “a word, an idea, a location” — from which the improvisers develop a sketch. “Nobody’s created a show that’s based upon audience humiliation or rigorous heckling,” Chalfant says. “That’s not the spirit. We love our audience, we want them there, because they’re helping create the show with us. So we always try and treat them fantastically.

“I think in a city so button-down and so focused on its work and productivity, it’s easy to forget the lighter side of just being human,” he says. “Improv does a great job of reminding us that we’re playful, joyous creatures who are entitled to moments of happiness and play.”

Doug Rule covers the arts, theater, music, food, nightlife and culture as contributing editor for Metro Weekly. Follow him on Twitter @ruleonwriting.
← Previous Story Jaysen Wright: Theater J’s Actually has “forced me to understand what I believe and why I believe it”
Next Story → Theater Review: Beetlejuice the Musical at National Theatre