The group is for LGBTQ Catholics who love their faith, but struggle to reconcile it with their identity 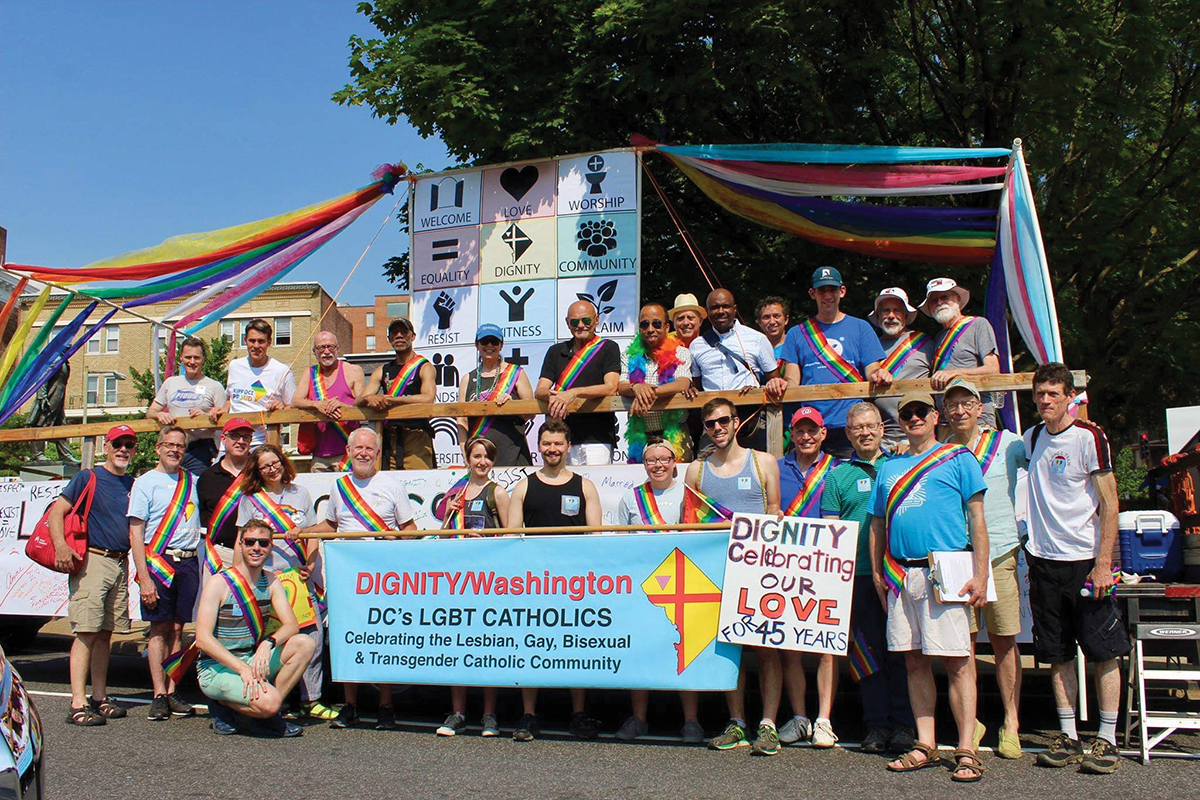 “At Dignity, a lot of our members were born and raised in the Catholic tradition,” says Vin Testa. “When our group was founded, it was based around the idea that we love our Catholic identity, but just have a hard time reconciling it with our sexual identities.”

Testa is the president of Dignity/Washington, D.C.’s local organization for LGBTQ Catholics, and says it’s not uncommon to hear from other members of the group who struggled to balance their Catholic roots with the mixed messages of high-ranking church officials — including, most recently, Pope Francis. It’s a part of Testa’s story as well.

Raised in an Italian and Irish Catholic family in Wallingford, Conn., Testa was baptized, had his first communion, and was confirmed in the church and regularly attended Mass until he stopped in the middle of his sophomore year of high school. When he moved to D.C. in 2011, he began searching for a faith community that would fully accept him, and even considered changing religions before discovering Dignity.

Founded in 1972, Dignity meets weekly for Mass on Sunday evenings at St. Margaret’s Episcopal church, due to prohibitions from the Vatican on holding LGBTQ-related events on Catholic Church properties. The group also holds weekly book club meetings, biweekly movie screenings, a monthly bridge night, and a monthly meeting for its “Defenders” group — LGBTQ Catholics who are part of the leather community.

As Dignity prepares for the Christmas season, the group has planned a Christmas-themed movie night for Dec. 17, as well as a special Christmas Day Mass at 6 p.m. at St. Margaret’s.

“We need to have Mass that speaks in a different language,” says Testa. “One that respects who people love and how they identify. We’re trying to be a model on how to make churches more inclusive.”

John Riley is the local news reporter for Metro Weekly. He can be reached at jriley@metroweekly.com
← Previous Story Virginia teacher fired for refusing to call transgender student by male pronouns
Next Story → VIDEO: Floriana’s Nancy Pelosi tree celebrates the women of Congress