HHS and the U.S. Conference of Catholic Bishops argue the lawsuit should be dismissed

By John Riley on December 4, 2018 @JohnAndresRiley 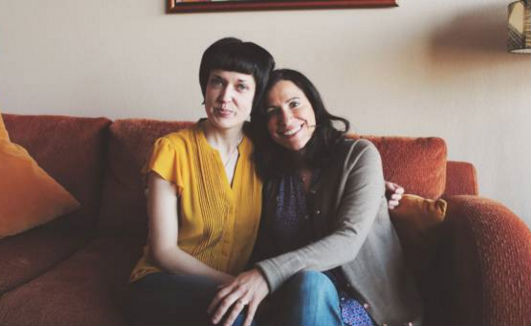 A federal judge will decide whether a lawsuit alleging that the government discriminated against a married lesbian couple who wish to serve as foster parents to refugee children will move forward.

On Nov. 30, Judge Amit P. Mehta of the U.S. District Court for the District of Columbia heard oral arguments regarding a Trump administration motion to dismiss that lawsuit.

Fatma Marouf and Bryn Esplin, a pair of professors at Texas A&M University who have been married for more than three years, sued the U.S. Department of Health and Human Services and the U.S. Conference of Catholic Bishops after being told by Catholic Charities of Fort Worth that they would not even be allowed to apply as foster parents because of their sexual orientation and marital status.

Marouf, a Muslim, and Esplin, a Mormon, have long wanted to have children and had even attempted to conceive through reproductive technology. Their attempts were unsuccessful, and the couple began considering other options, including adoption and foster care.

After Marouf, the director of the Immigrant Rights Clinic at Texas A&M’s Law School, was invited by Catholic Charities of Fort Worth to learn about the organization’s work with unaccompanied refugee minors, the couple decided they wanted to become foster parents to a refugee child.

The couple emailed Catholic Charities to learn more about becoming foster parents, with no one from the organization or USCCB registering an initial objection, even though Esplin was identified as Marouf’s spouse.

They then arranged a telephone interview with Donna Springer, the chair of the Executive Committee of Catholic Charities of Fort Worth’s Board of Directors.

But Springer, upon learning that the women were a lesbian couple, told them they would not even be allowed to apply to become foster parents because their family structure did not “mirror the Holy Family.”

That same day, Fatma emailed the Office of Refugee Resettlement, which oversees the HHS-funded foster care program, to inform ORR of Catholic Charities of Fort Worth’s denial of them.

Two months later, ORR asked for the names of officials with whom the couple had met, and Marouf and Esplin responded immediately with the requested information. However, they have heard nothing since.

The couple enlisted the help of Lambda Legal and sued HHS, ORR and USCCB in February. In their complaint, the couple alleges that the agencies are violating the Establishment, Equal Protection and Due Process Clauses of the U.S. Constitution by allowing USCCB to discriminate based on its religious beliefs, all while continuing to receive taxpayer money.

“Fatma Marouf and Bryn Esplin deserve the right  and opportunity to tell their story in court,” Lambda Legal Staff Attorney Jamie Gliksberg said in a statement following the hearing. “HHS here is trying to have it both ways, by funding an organization — USCCB — to perform a federal child welfare program using taxpayer dollars despite USCCB’s insistence in the grant that it would perform such services only in a way that discriminates based on the organization’s own religious beliefs, and then to claim HHS can’t be held responsible for that discrimination when it occurred. We hope the court will see through the smoke and mirrors.”

Gliksberg also insists that the federal government was more than aware of USCCB’s refusal to place foster children with same-sex couples, and was subsequently reminded of that stance when Marouf complained to ORR on the day she and Esplin were rejected as foster parents.

“The federal government was on notice when it funded USCCB that this organization refuses to provide services to same-sex spouses at taxpayers’ expense,” Gliksberg added. “HHS knew it and funded USCCB anyway. There should be only one criterion for placing foster children — what is in the best interests of the child. Placing children with stable, loving homes such as Fatma and Bryn’s should be the goal, but instead HHS authorized USCCB to use discriminatory criteria bearing no relationship to child welfare, all at the cost of children in federal care.”