Pastor arrested in fatal shooting of transgender woman in Detroit

By John Riley on December 12, 2018 @JohnAndresRiley 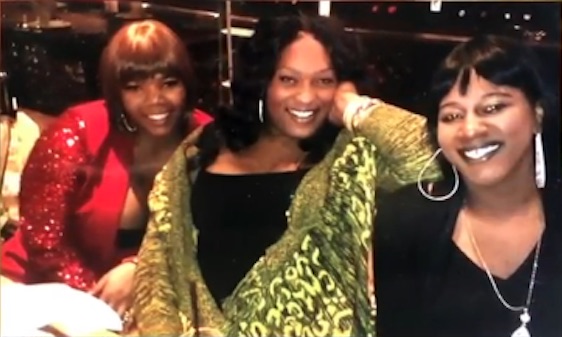 A Michigan pastor has been charged with murder in the fatal shooting of a transgender woman last Friday, reports ABC affiliate WXYZ.

Kelly Stough, 36, of Detroit, was shot around 5:55 a.m. on Friday in Detroit’s Palmer Park neighborhood, just north of the city of Highland Park. Her funeral has been scheduled for Saturday at a funeral home in Detroit.

Albert Weathers, a pastor from Sterling Heights, was arraigned on Monday after being charged with open murder and the use of a firearm during the commission of a felony. His bond was set at $1 million.

According to WXYZ, Weathers allegedly fled the scene, clocked in at work at the Great Lakes Water Authority, and then called police an hour after the shooting to say he had shot someone after they tried to rob him. He was later taken into police custody.

Investigators won’t reveal a motive or other details surrounding Stough’s murder, but the Wayne County prosecutor’s office says evidence about how Stough’s gender identity played a role will be presented in court.

The case has been assigned to Special Prosecutor Jaimie Powell Horowitz of the Fair Michigan Justice Project, a collaboration between the Wayne County Prosecutor’s Office and the Fair Michigan Foundation that looks at violent crimes committed against members of the LGBTQ community.

“This case reflects the excessive brutality that members of Detroit’s transgender community constantly face,” Fair Michigan President Dana Nessel, who will take office as Michigan’s attorney general in January, said in a statement. “We thank the Detroit Police Department for their efforts to investigate the facts of this tragic crime.”

David Cripps, Weathers’ attorney, says his client maintains his innocence. Cripps called the $1 million bond “outrageous” and promise to argue for it to be lowered, citing Weathers’ strong ties to the community and his role as the pastor of Logo’s Church in Detroit.

A spokesperson for the Great Lakes Water Authority told WXYZ that Weathers “is no longer employed” there, adding that Weathers was “off-duty at the time of the alleged incident, and his conduct was unrelated to his employment with GLWA.”

The spokesperson did not say what Weathers’ position had been or when he was officially terminated.

Weathers is due back in court next week for a Probable Cause Conference, and on Dec. 27 for a preliminary hearing in front of 36th District Court Judge Michael Wagner.

John Riley is the local news reporter for Metro Weekly. He can be reached at jriley@metroweekly.com
← Previous Story LGBTQ Lawmakers: What happens after the “Rainbow Wave”?
Next Story → House committee postpones hearing after GOP witness’s past anti-gay blog posts revealed