By John Riley on December 4, 2018 @JohnAndresRiley 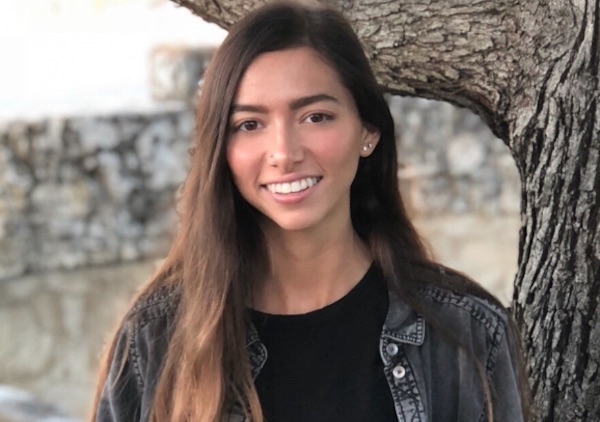 A Texas college student is looking for other housing options after the private dormitory where she’s living barred her from having guests because of discomfort over the fact that she’s a lesbian, reports CBS Austin.

Kaj Baker, a freshman at the University of Texas a Austin, says she has been told by staff at Scottish Rite Dormitory, a private, all-female residence just feet from UT-Austin’s main campus, that she has been banned from having guests “for the rest of the year, basically.”

Baker claims dorm administrators told her that other women in the dorm of 315 students have complained about Baker and her girlfriend using the study lounge too much — even once falling asleep on the lounge sofas.

“The list of complaints weren’t us doing anything wrong. We weren’t harming anyone. We weren’t doing PDA. We weren’t breaking any rules. It was us existing,” Baker says.

Administrators also claimed some of her fellow residents complained about her girlfriend using the bathroom.

Baker recorded a half-hour meeting with dorm officials, and shared those recordings with media outlets. In one clip, Baker asks what rules she has broken but does not receive an answer. In another exchange, which was broadcast on Texas Student TV, Baker asks Mary Mazurek, the dorm director, why people are allegedly “uncomfortable” with her.

Mazurek responds: “Because some people are not comfortable with your sexual orientation.”

In response to media inquiries, Mazurek released a statement via email stating: “Scottish Rite Dormitory strives to create an environment which allows our residents to focus on completing their higher education goals while meeting our Parent’s [sic] expectation of creating an atmosphere that fosters the growth and well being of their daughters while attending the University. We have no further comment.”

A copy of the dorm contract obtained by CBS Austin shows that visiting hours are restricted for male visitors, but female guests are permitted so long as they register with the dorm. But Baker says her girlfriend never stayed overnight.

“If this guest ban was simply about the rules then us being gay or me being gay should have never been brought into it at all,” she says.

Baker has also received backlash on group messaging apps from some fellow residents, who have accused her of playing the victim or causing trouble for the dorm ever since local media picked up the story.

Baker’s girlfriend, Carlee, has since launched a GoFundMe page to help Baker as she searches for new housing and potentially seeks out legal representation.

“This meeting, and harassing comments from other residents in her dormitory have made her feel unsafe in her own home. She has been staying with me because of this, only going back to SRD to retrieve her belongings,” writes Carlee. 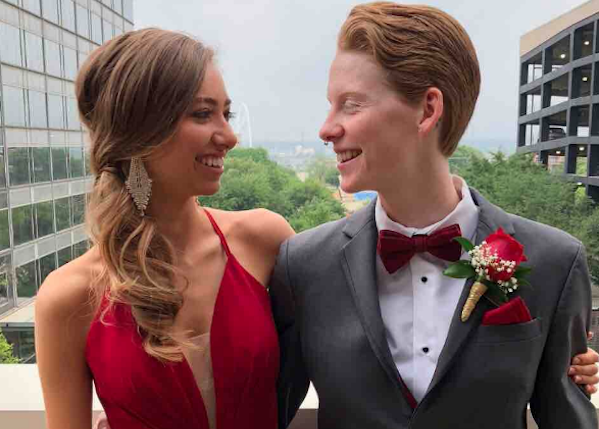 Kaj Baker (left) and her girlfriend, Carlee B. – Photo via GoFundMe.

“I am making this GoFundMe for my girlfriend because she doesn’t deserve to feel ridiculed or isolated for simply existing and being who she is,” Carlee adds. “Seeing her feeling this way breaks my heart, as this is not how we imagined our first year at college together would be. Kaj is the sun, and she should be shining right now — not being punished for being who she is.”

Baker recently spoke to GLAAD, which is supporting her through this ordeal, saying in a brief interview with the media advocacy organization that she wishes some of her fellow residents would get to know her better.

“I think that if more girls in the dorm got a chance to really get to talk to me and my girlfriend, they would realize that we are good students who follow the rules and are just like anyone else living at the dorm,” she says. “To the people who have offered support at SRD, I hope they know how much that means to both of us.”

She is also pushing back against claims that she’s doing this for attention.

“I’ve always been a pretty shy and quiet person and this situation has been overwhelming for me,” says Baker. “However, I think this is an important story to tell. Many people aren’t aware that discrimination still occurs, even though it’s 2018 and Austin is a very liberal part of Texas. Even though I did want to get my story told, I never expected it to have as much of an impact as it has. I hope this story can help people, as I don’t want anyone else to experience the discrimination that I have experienced.”

John Riley is the local news reporter for Metro Weekly. He can be reached at jriley@metroweekly.com
← Previous Story Trump administration refuses to release documents about “Religious Liberty Task Force”
Next Story → Most California schools have LGBTQ-inclusive suicide prevention policies