Crys Matthews on coming out and her soul-fired folk music 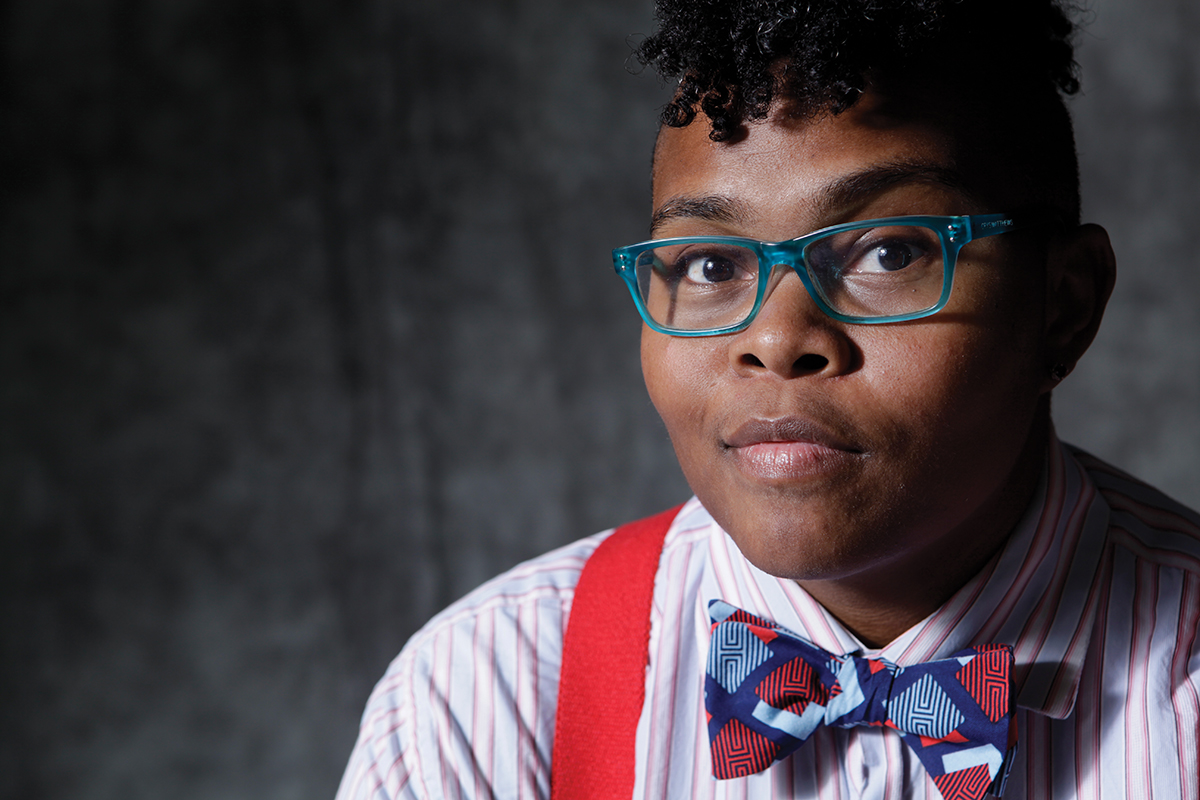 So much of what drives Crys Matthews stems from her tumultuous experience growing up gay as a black preacher’s kid in North Carolina.

“Coming out was definitely…not my favorite chapter by any stretch of the imagination,” Matthews says. “It was super tough. I pretty much didn’t live at home my entire senior year of high school.” Two decades later, Matthews and her mother “have a fantastic relationship now. It’s definitely a story that I wish I could tell more people. People always say it’ll get better, and it actually does.”

As a soul-fired folk singer-songwriter, Matthews has been able to tell her story — most notably on The Imagineers, her “full-length album of love and life songs.” But the social justice-minded artist seems to get more charge out of weighing in on the pressing issues of our era — chiefly, the #MeToo and #BlackLivesMatter movements. In addition to her six-song EP Battle Hymn for an Army of Lovers — which includes “We Must Be Free,” her updated, Black Lives Matter-referencing take on a Civil Rights Era anthem — Matthews says, “I have another batch of social justice songs that I’m really, really, really itching to get out…. The social justice songs are so important to me, sometimes it’s hard for me to not just wanna do that.

“Some of this stuff is just so heavy and so overwhelming, I want [those affected] to understand and know they’re not alone,” says Matthews. “There are people in their corner who hear them and respect them and appreciate and value what they’ve been through and [don’t] dismiss that. Also, I want to inspire other people who…maybe don’t understand it…to do some soul searching, and inspire some action on their part.”

Next weekend, Matthews will perform a concert alongside two other area singer-songwriters, Louisa Hall and Heather Mae, a fellow queer-identified artist who is a regular traveling performer with Matthews on their joint Pride-season “Singing Out Tour.”

“We’re actually going to perform in the round,” Matthews says of the upcoming concert, part of Creative Cauldron’s Passport to the World cabaret series. “We get to sing with each other on things, harmonize here and there, and just interact with one another. In the round is always fun — and is my favorite way to perform.”

Doug Rule covers the arts, theater, music, food, nightlife and culture as contributing editor for Metro Weekly.
← Previous Story Year In Review: The 10 Best Albums of 2018
Next Story → Signature celebrates the artistry of Judy Garland with a special cabaret