By Randy Shulman on January 31, 2019 @RandyShulman 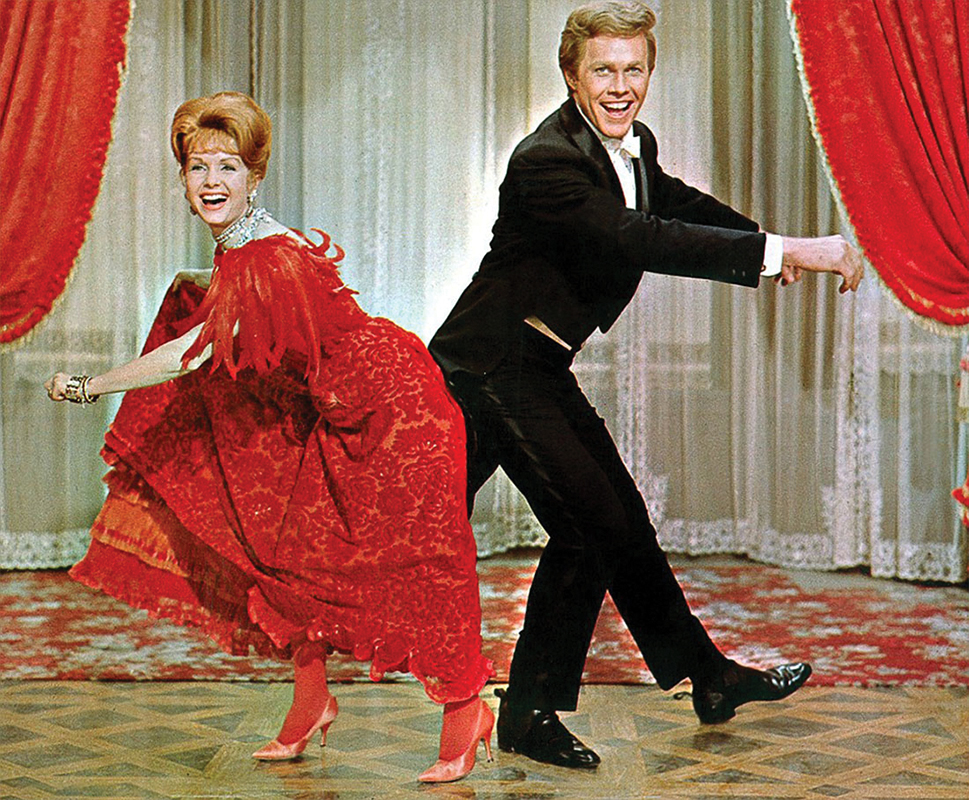 In one of her most memorable roles, the late Debbie Reynolds played the infamous survivor of the RMS Titanic, Molly Brown, whose tagline was: “I may give out, but I won’t give IN!” Landmark Theatre’s West End Cinema offers a 55th anniversary screening of Charles Walter’s 1964 movie musical adaptation of Meredith Willson’s Broadway hit as part of its weekly Capital Classics series. Wednesday, Feb. 6, at 1:30, 4:30, and 7:30 p.m. 2301 M St. NW. Happy hour from 4 to 6:30 p.m. Tickets are $12.50. Call 202-534-1907 or visit www.landmarktheatres.com. 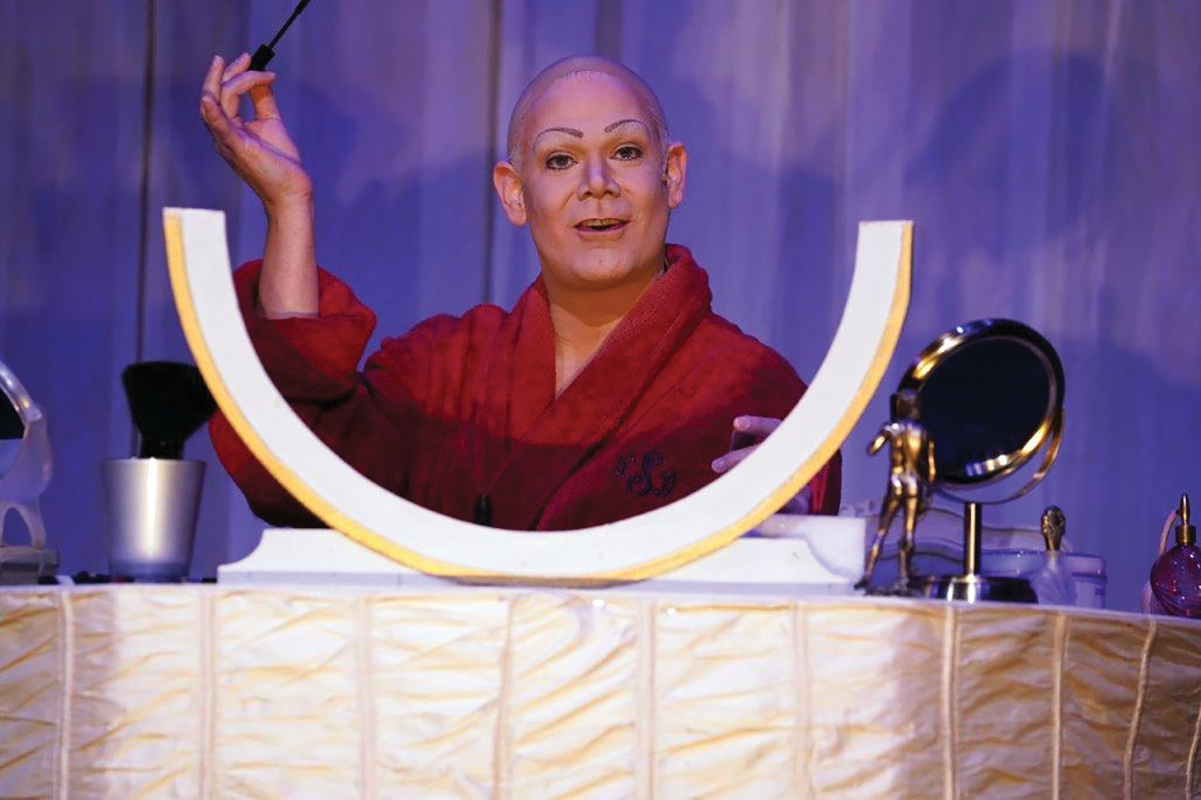 The Riverside Center for the Performing Arts in Fredericksburg, Va., presents the 1983 Tony-winning Broadway musical by Jerry Herman and Harvey Fierstein, an adaptation of Jean Poiret’s 1973 uproarious French farce. The plot focuses on gay couple Georges and Albin, who pretend to be straight while entertaining the homophobic parents of their son’s fiancée. The Riverside production features a large, 17-person cast led by Christopher Sanders as George and Gabe Belyeu as Albin. And because Riverside is styled as a dinner theater, patrons partake in a three-course, prix-fixe meal prior to every performance. To March 3. 95 Riverside Parkway, Fredericksburg, Va. Tickets are $69 for dinner and show, or $50 for show only. Call 540-370-4300 or visit www.riversidedt.com. 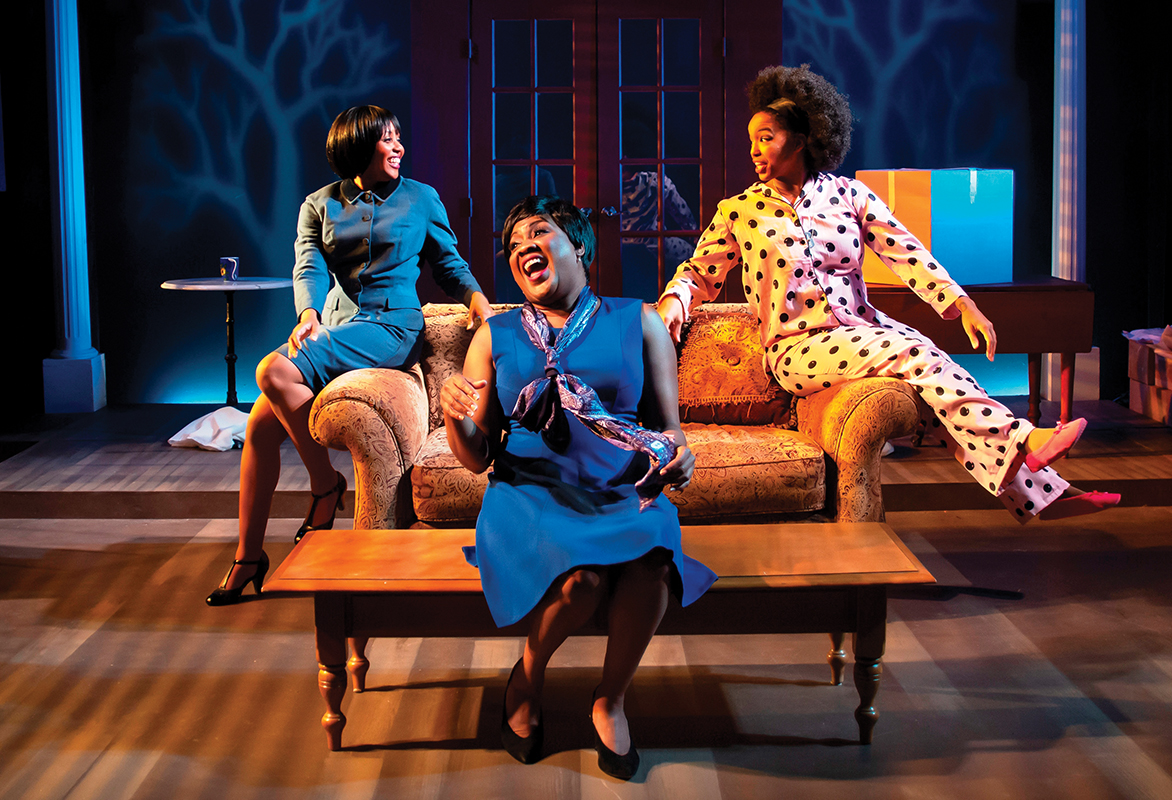 Chekhov meets gospel, rhythm & blues, bebop, and funk in a musical set at the height of the civil rights and anti-war movements 50 years ago. MetroStage presents its fourth revival of a show it calls an “iconic favorite” across its 35 seasons, this time with Roz White, Kara-Tameika Watkins, and Ayana Reed as the three strong women reflecting on their lives. Thomas W. Jones II returns to direct his own book and lyrics, with a story by Janet Pryce inspired by Chekhov. Music by William Hubbard. To Feb. 24. To Nov. 9. 1201 North Royal St., Alexandria. Tickets are $55. Call 800-494-8497 or visit www.metrostage.org. 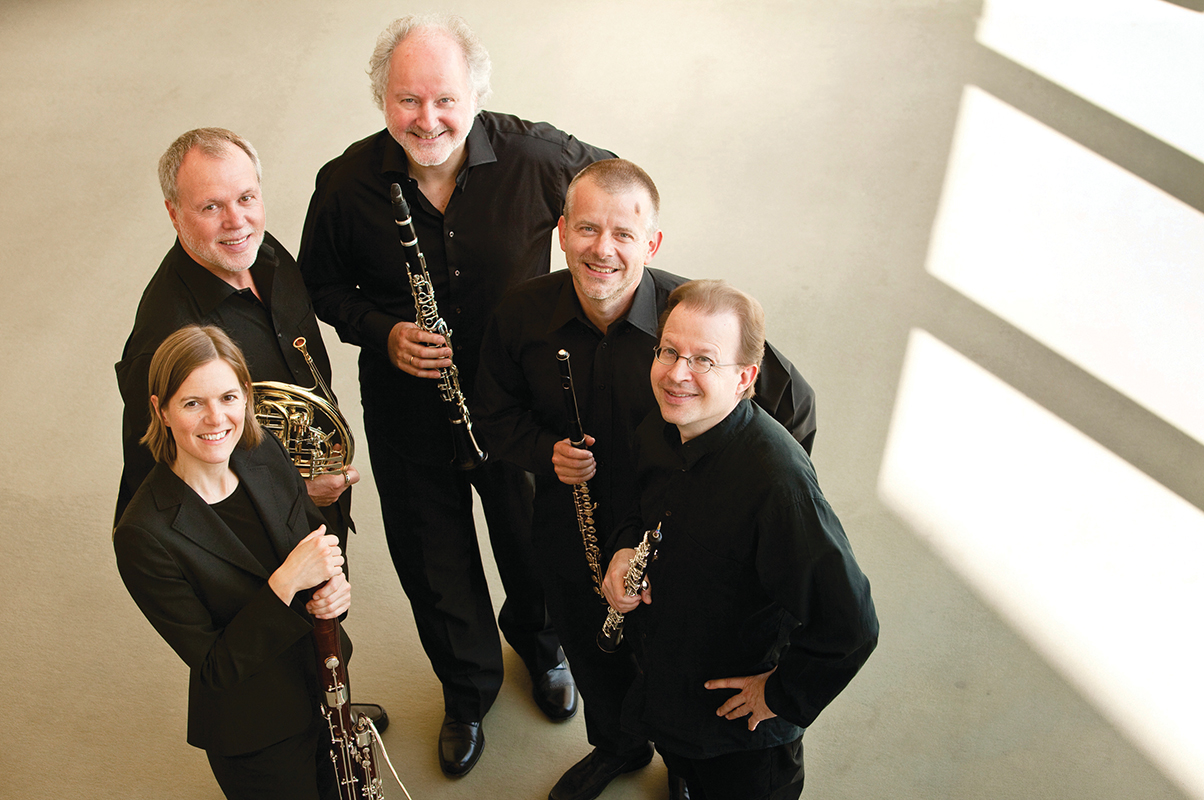 Heralded by many as the greatest ensemble of its kind in the world — particularly renowned for adventurous playing, technical skill, and sonic brilliance — this quintet returns to the Clarice at the University of Maryland to perform works spanning three centuries of music history. The program includes an arrangement by the quintet’s flutist, Michael Hasel, of Wolfgang Amadeus Mozart’s Three Fantasies for Mechanical Organ, as well as Carl Nielsen’s Quintet for Winds, and György Ligeti’s Six Bagatelles for Wind Quintet. In addition to Hasel, the roster includes oboist Andreas Wittmann, clarinetist Water Seyfarth, bassoonist Marion Reinhard, and horn player Fergus Mcwilliam. Thursday, Feb. 7, at 8 p.m. Gildenhorn Recital Hall in the Clarice, University Boulevard and Stadium Drive. College Park. Tickets are $25. Call 301-405-ARTS or visit www.theclarice.umd.edu. 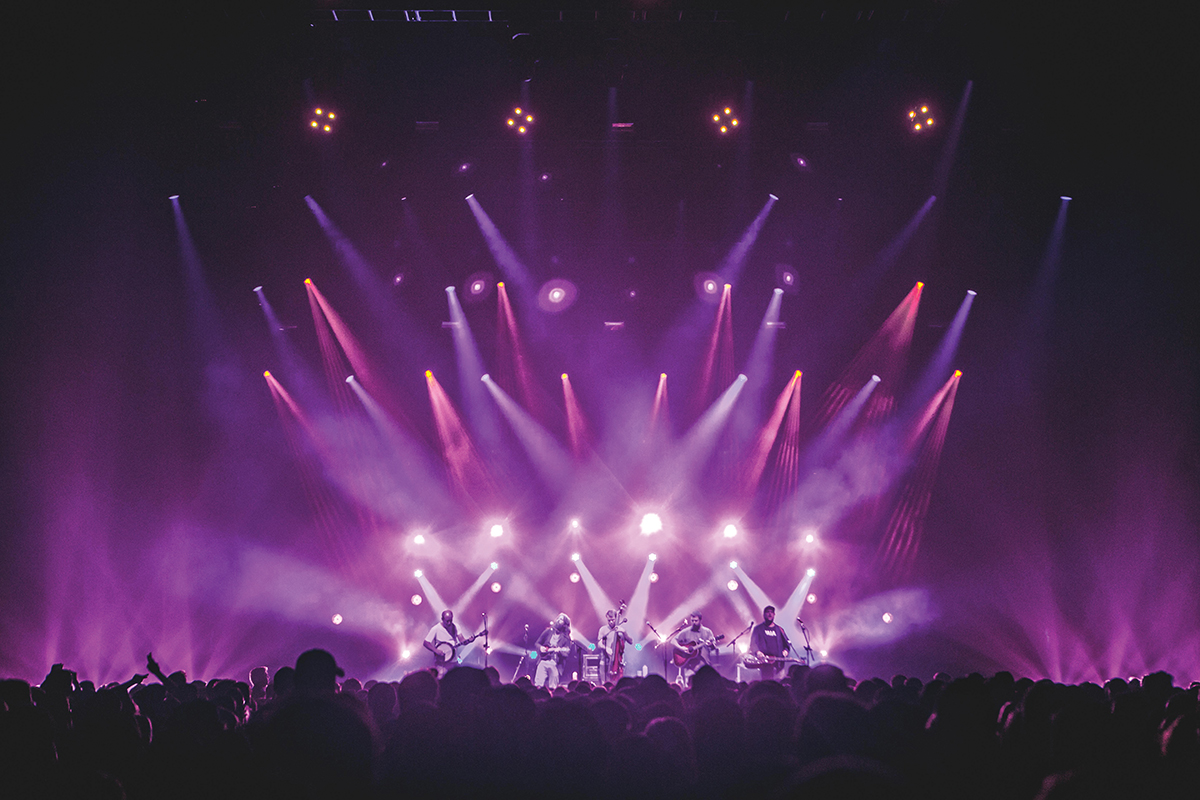 Diehard fans, known as the Campers, travel far and wide to catch the fiery live performances, complete with full light show, of this progressive bluegrass band from Kalamazoo, Michigan, which aptly describes its sound as “mixing the acoustic stomp of a stringband with the rule-breaking spirit of rock & roll.” After more than living up to expectations with its debut last year at the Anthem, the quintet returns for two more shows to warm up your winter and kick-start another February. Opening is Michigander Billy Strings, chosen as one of “10 New Country Artists You Need to Know” by Rolling Stone in 2017. Friday, Feb. 1, and Saturday, Feb. 2. Doors at 6 p.m. The Anthem, 901 Wharf St. SW. Tickets are $40 to $75. Call 202-265-0930 or visit www.theanthemdc.com. 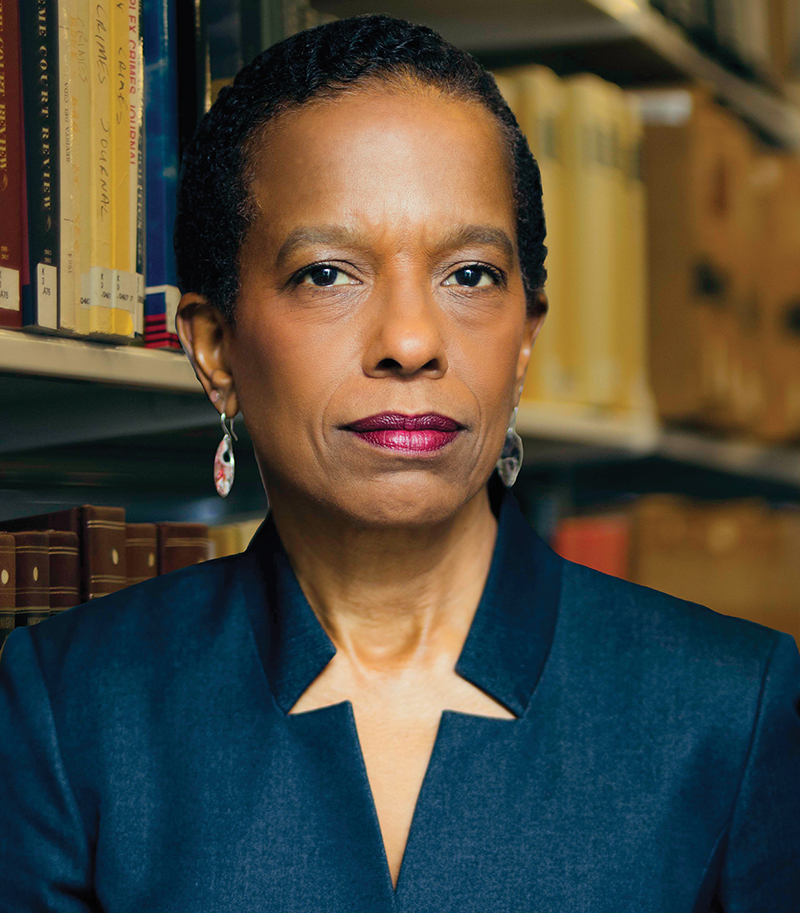 Key issues of the Black Lives Matter movement are explored and analyzed in an anthology featuring essays by some of the nation’s most influential and respected criminal justice experts and legal scholars. Originally published in 2017 and issued in paperback last year, Policing The Black Man: Arrest, Prosecution, and Imprisonment was edited by preeminent criminal justice expert Davis, a former director of the D.C. Public Defender Service and currently a law professor at American University. Monday, Feb. 4, at 6:30 p.m. Kramerbooks, 1517 Connecticut Ave. NW. Call 202-387-1400 or visit www.kramers.com. 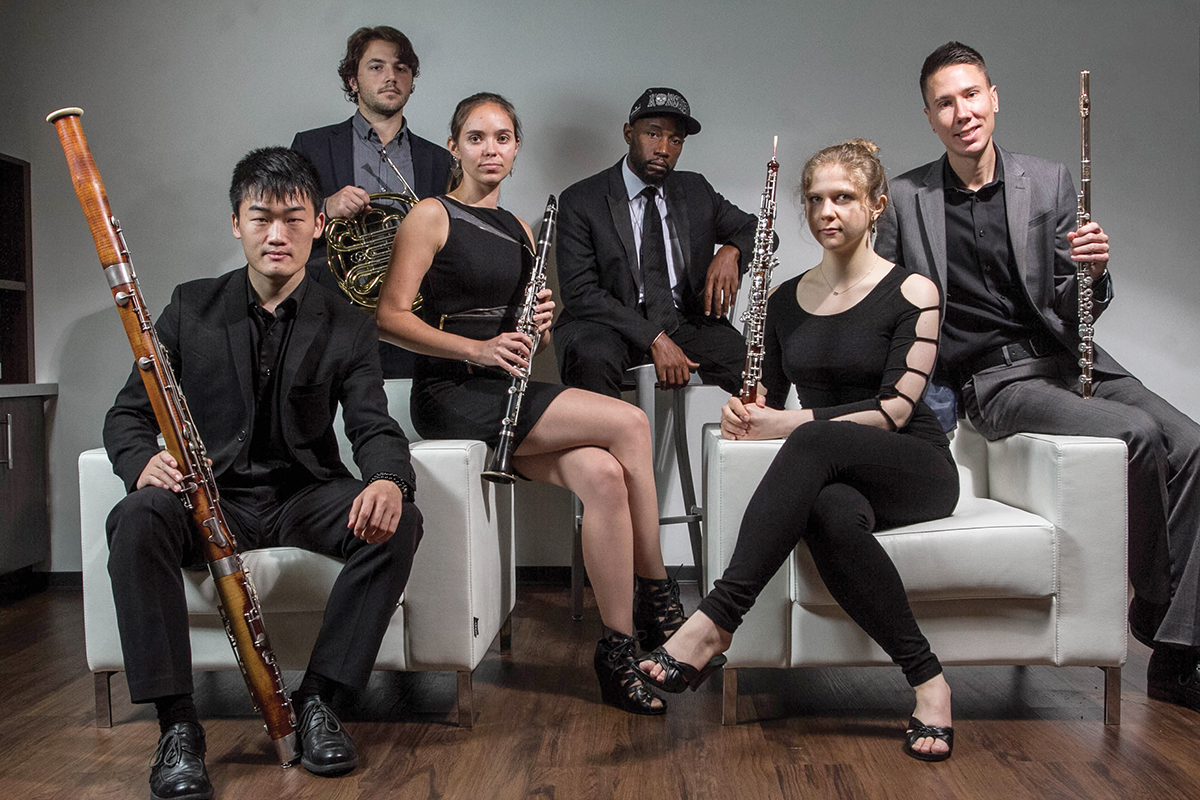 The Mars Urban Arts Initiative of Washington Performing Arts presents the second annual edition of the performance-based discussion Music Distilled. This year’s event features Classically Dope, a collaboration between rapper Konshens The MC and local classical quintet Wavelength Winds that explores the intersections among hip-hop, classical music, and social change. Through music, the ensemble tackles subjects such as the power of belief, racial inequality, stereotypes, and police brutality. The event takes place at the LGBTQ-owned-and-operated distillery Republic Restoratives, with the concert and post-show conversation fueled by craft cocktails and light bites. Saturday, Feb. 2, at 2 p.m. 1369 New York Ave. NE. Tickets are $35. Call 202-733-3996 or visit www.washingtonperformingarts.org. 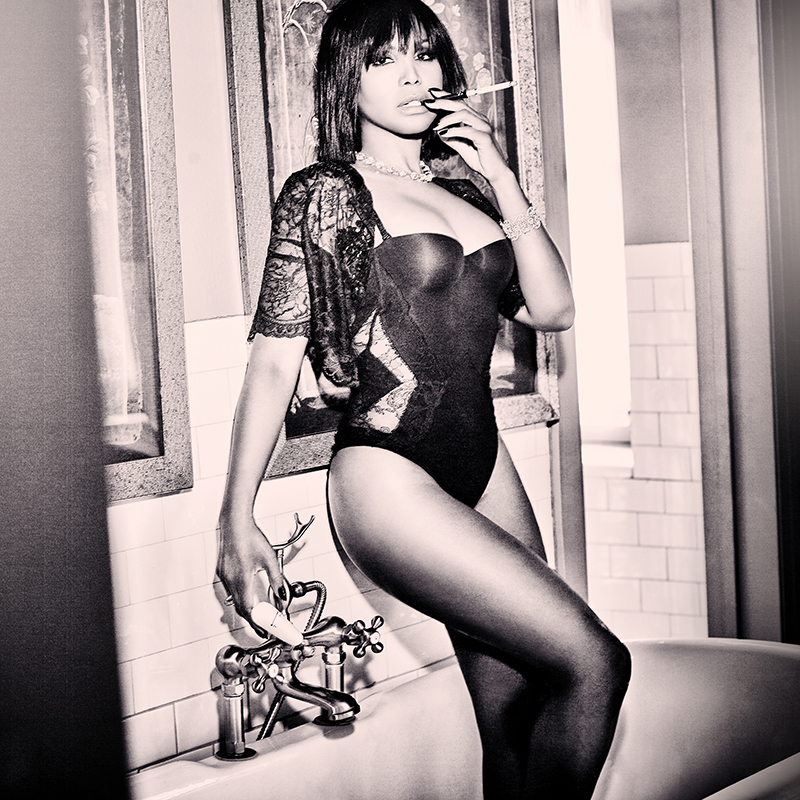 Things have hardly gone as anyone expected or hoped for the eldest of the singing Braxtons from Maryland’s Anne Arundel County since she exploded on the music scene a quarter century ago. Honored as Best New Artist in 1994, Braxton scooped up six Grammy Awards in her first decade for her sauntering and sultry R&B hits “Another Sad Love Song,” “Breathe Again,” “Un-Break My Heart,” “You’re Makin’ Me High,” and “He Wasn’t Man Enough.” This year marks Braxton’s best showing at the Grammys in more than two decades, with three nods for last year’s Sex & Cigarettes. The album offers plenty of comfort soul food for any longtime fan, crowned by its two singles, the moving, Grammy-nominated ballad “Long As I Live” and the rousing mid-tempo jam “Coping.” Braxton will be ably supported by the reunited R&B trio SWV to properly mark the occasion. The concert will focus on hits from Braxton as well as SWV, the latter responsible for “Weak,” “Right Here (Human Nature Remix),” and “You’re The One.” Friday, Feb. 1, at 8 p.m. Theater at MGM National Harbor, 7100 Harborview Ave., Oxon Hill, Md. Call 844-346-4664 or visit www.mgmnationalharbor.com. 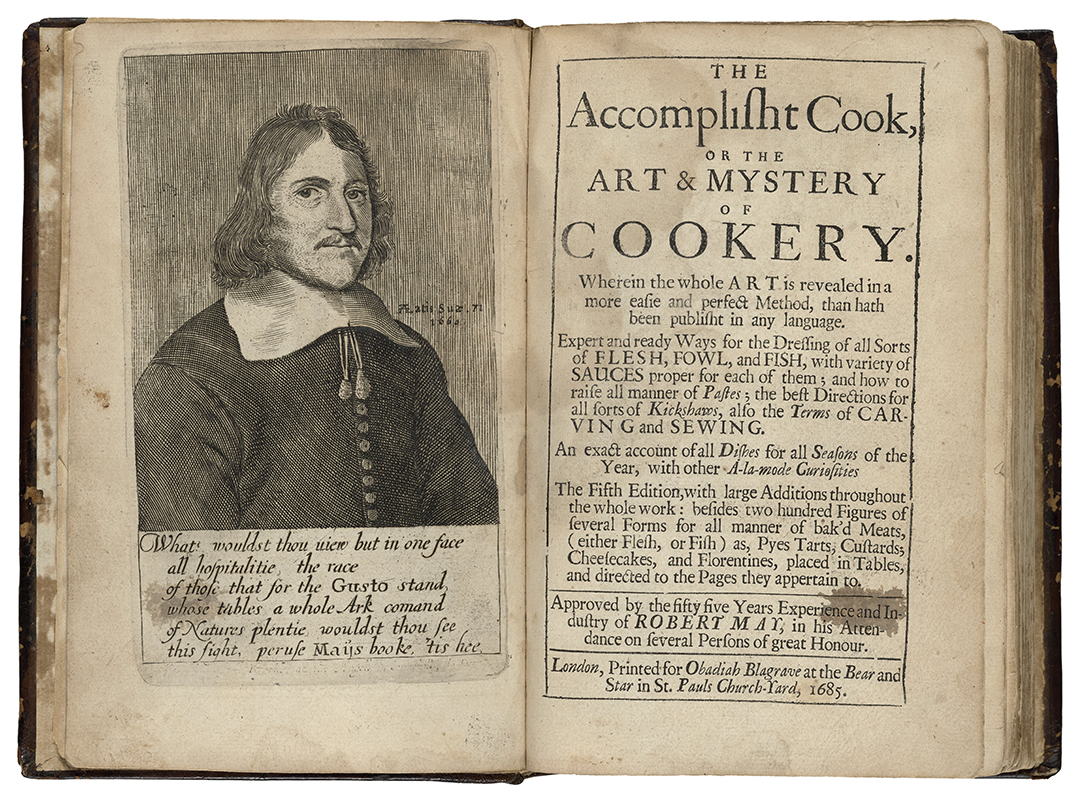 FIRST CHEFS: FAME AND FOODWAYS FROM BRITAIN TO THE AMERICAS

The named and unnamed heroes of British and American farms, plantations, kitchens, and markets over the past several centuries are given the spotlight in the latest exhibition at the Folger Shakespeare Library, focused on eating and drinking in the early modern British world. First Chefs identifies five such pioneers by name: chorister-cum-farmer Thomas Tusser, author of a how-to agriculture guide that circulated for over two centuries; Robert May, who adapted French recipes for English palates as author of the first cookbook for professional cooks; Hannah Woolley, the first woman to earn a living as a food writer but whose name and cooking advice would go on to be appropriated by male publishers; the plants-obsessed pirate William Hughes, who chronicled the fruits and vegetables of the Caribbean and became the first English writer to describe cacao and chocolate to British audiences; and chef Hercules, one of President George Washington’s slaves, famed for his expertise in early American cooking until he stole his way to freedom. By combining the Folger’s unparalleled collection of food-related manuscripts and books with objects and archaeological finds from Mount Vernon and Jamestown, as well as from other museums and the Library of Congress, the exhibition is able to help shine renewed or recovered light on a vast many others who shaped early modern culinary life and culture, both directly and indirectly. Now to March 31. Folger Shakespeare Library, 201 East Capitol St. SE. Call 202-544-7077 or visit www.folger.edu.