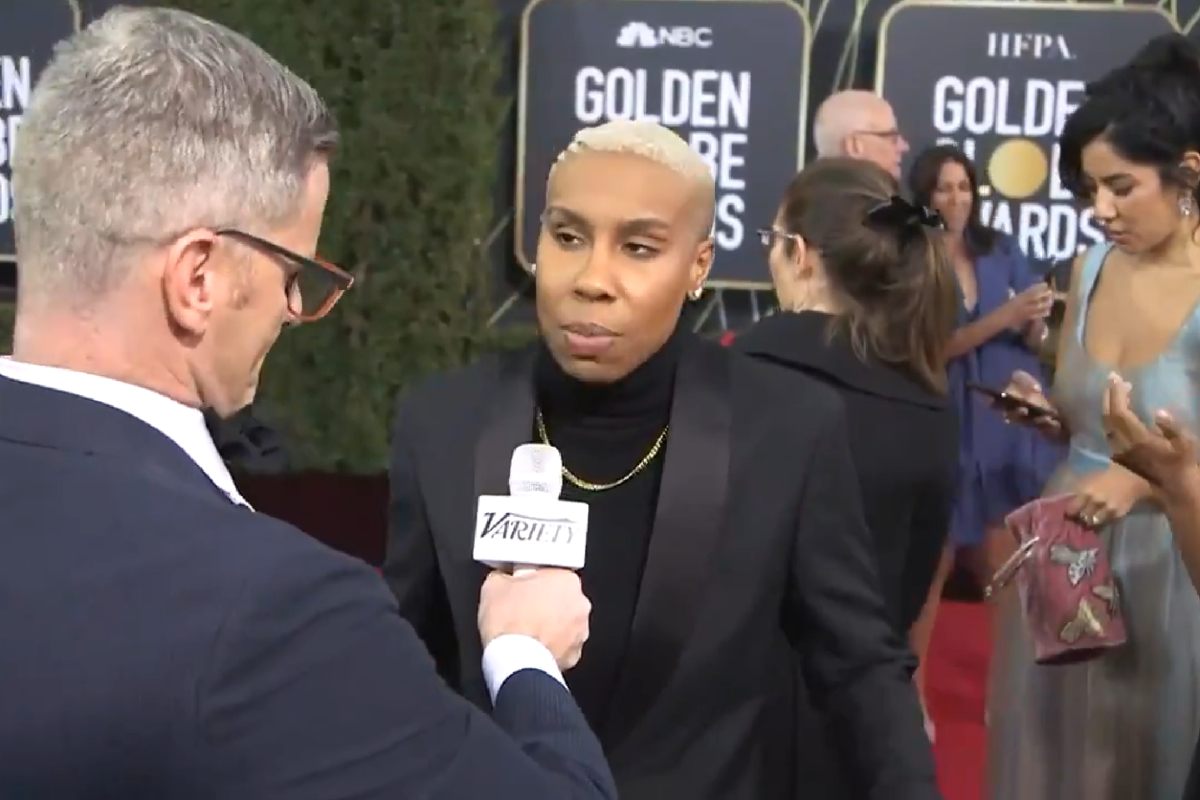 Speaking to Variety on the Golden Globes red carpet, Waithe responded to the controversy surrounding Kevin Hart, who stepped down as host of the Oscars after homophobic tweets from his past resurfaced last month.

“We gotta make sure that the gay community is no longer the butt of the joke,” Waithe, who is lesbian, said. “I think we gotta make this a teachable moment.”

Hart refused to apologize for the tweets, made between 2009 and 2012, though he did eventually offer an apology while appearing on the Ellen DeGeneres Show earlier this month.

Hart said he didn’t want to host and have the awards ceremony be about “tweets from 10 years ago and homophobia.”

“I do not want to stand on that stage and make that night about me and my past,” he said, “when you have got people who have worked hard to step on that stage for the first time and receive a reward.”

However, his response and refusal to commit to being a better ally to the LGBTQ community has led to continued criticism on social media.

Speaking to Variety, Waithe said she doesn’t think that Hart “understood the ramifications of what he said. We should stand firm in what we did and try to challenge everybody else not to do that kind of thing anymore.”

As for who Waithe would like to see host? “I like the idea of a really gay ass black person hosting,” the Emmy Award-winning writer of Netflix’s Master of None said, adding that lesbian comedian Wanda Sykes “would be amazing.”

Lena Waithe on Kevin Hart Oscar controversy: "I don't think he even understood the ramifications of what he said. I do think it has to be a teachable moment for all of us" https://t.co/xW4bpydr9H pic.twitter.com/bT7EOX0axd

The Academy Awards, set to air Feb. 24 on ABC, have still yet to name a new host.

Also Read: Family Guy has started to ‘phase out’ gay jokes because they’re “not acceptable”

Rhuaridh Marr is Metro Weekly's managing editor. He can be reached at rmarr@metroweekly.com.
← Previous Story ‘Weekend’ actor Chris New: “Being out has done nothing but restrict my career”
Next Story → Conservatives sue to block transgender women from Alaskan homeless shelter