By John Riley on January 17, 2019 @JohnAndresRiley 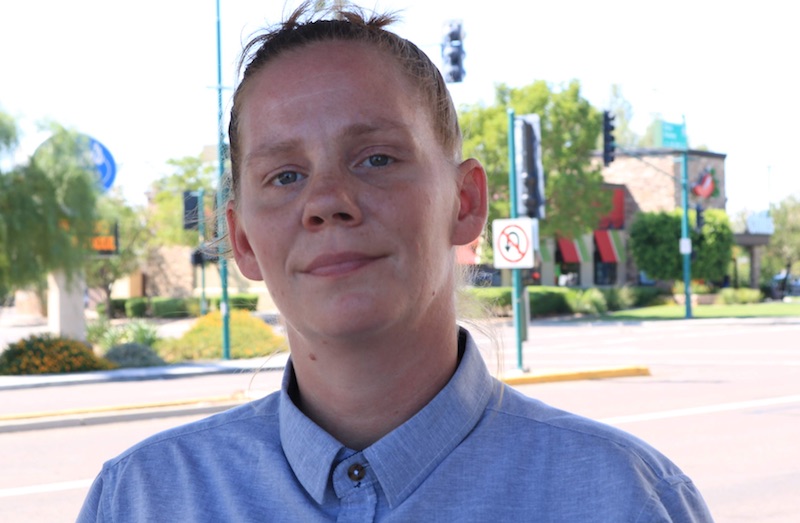 A lesbian server at Chili’s in Phoenix, Ariz., claims she was denied a promotion after her superiors told her she dressed too masculine.

The American Civil Liberties Union has filed a complaint with the U.S. Equal Employment Opportunity Commission on behalf of Meagan Hunter, who had worked at Chili’s for two years in various capacities, including as a cook, host, and most recently, a server, a position in which she earned rave reviews for customer service.

At the suggestion of her superiors, she attended a seminar to learn more about becoming a certified shift leader, which would allow her to advance her career and earn a raise.

“I was planning to buy a home for the first time, and the pay increase would have helped a lot,” Hunter writes in a blog post for the ACLU of Arizona. “I’m a single mother, so what I earn matters. I’m also a lesbian, a part of my identity that influences how I dress.”

But when she attended the seminar wearing a men’s button-up shirt, fitted slacks, and boat shoes, similar to the kind of clothes she’d previously seen male managers wear. But her manager told her his boss, the district manager, thought her clothes were inappropriate.

“I was offered the promotion — on one condition: I needed to ‘dress more gender appropriate,’ in the words of my manager,” recounts Hunter. “I asked him, ‘Are you telling me that I need to have my breasts hanging out to be successful in your company?’ He answered, ‘Not in those words.’ I asked him why I could not wear a chef-style coat like the one he was wearing, and he replied, ‘It’s for boys.'”

Hunter eventually resigned, feeling that she couldn’t continue working at a place that valued her adherence to gender norms over her job performance.

“I later learned from a coworker that I had been overlooked for a bartender position because the same manager ‘didn’t want a gay girl behind the bar’ because he didn’t think I would attract the right kind of clientele,” she writes.

“To add insult to injury, when I wrote to Chili’s to tell them what I had experienced, they said I must be lying because the manager’s best friend is gay,” she adds. “Having a gay friend doesn’t excuse what happened to me. I was so disappointed that the company I loved didn’t even apologize or try to make things right, not just for me, but for all of the other employees who still work there.” 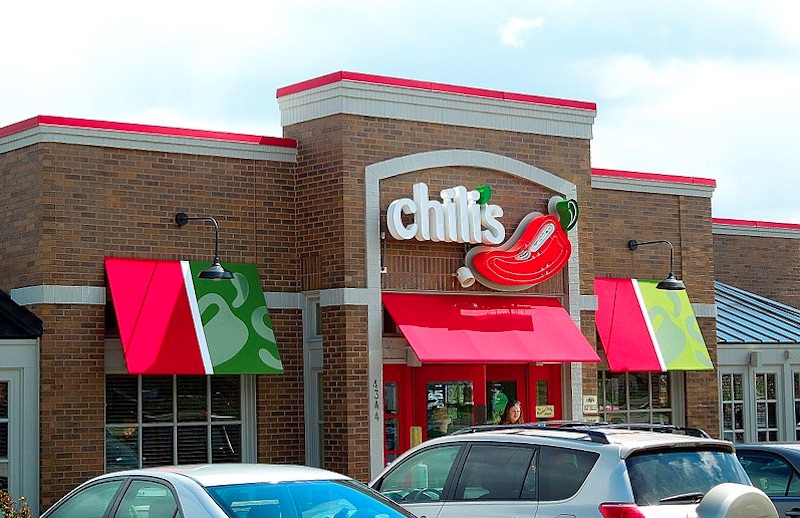 Hunter eventually found a new server job, but ended up working fewer hours, meaning she’s earning significantly less than she did at Chili’s.

Enlisting the help of the ACLU of Arizona, Hunter filed a complaint with the EEOC, alleging that her former employer had discriminated against her on the basis of sex. Courts have previously held that discrimination based on one’s failure to adhere to gender stereotypes is a form of sex discrimination.

“Meagan’s story is shocking, but it is far from unique,” Ria Tabacco Mar, a senior staff attorney for the ACLU’s LGBT & HIV Project, and Emma Roth, an Equal Justice Works fellow for the ACLU’s Women Rights Project, said in a statement posted on the ACLU’s website. “All too often, women and LGBTQ people are excluded from opportunities at work and school because they don’t look the part.

“In Meagan’s case, her boss told her she wouldn’t advance professionally because she did not look feminine enough. Yet on plenty of occasions, women and LGBTQ people face criticism if they dress in a manner that’s deemed too revealing or attractive,” the statement reads.

“Laws banning sex discrimination were supposed to put this problem to rest. In a landmark 1989 case, the Supreme Court ruled in favor of Ann Hopkins, a woman who was told her ‘professional’ problems would be solved if only she would ‘walk more femininely, talk more femininely, wear make-up, have her hair styled, and wear jewelry.’ The court recognized that Hopkins, a senior manager, was stuck between a rock and a hard place — out of a job because she was considered ‘macho’ and out of a job if she wasn’t seen as macho enough,” Mar and Roth write.

“That decision established that employers can’t punish employees because they don’t match stereotypical notions about how women or men should look and act. A growing number of lower courts have also recognized that federal law protects workers like Meagan who experience discrimination because of their sexual orientation.

“Yet 30 years after Ann Hopkins’s case, Meagan still found herself out of a job because she didn’t fit her company’s stereotypes about what it means to be a woman. That’s why the ACLU today filed a charge of discrimination against Chili’s with the Equal Employment Opportunity Commission. When employers punish workers for who they are and what they look like, they lose valuable people like Meagan. That’s not only wrong and bad for business — it’s also against the law.”