Our picks of the best LGBTQ nightlife in the D.C. area! 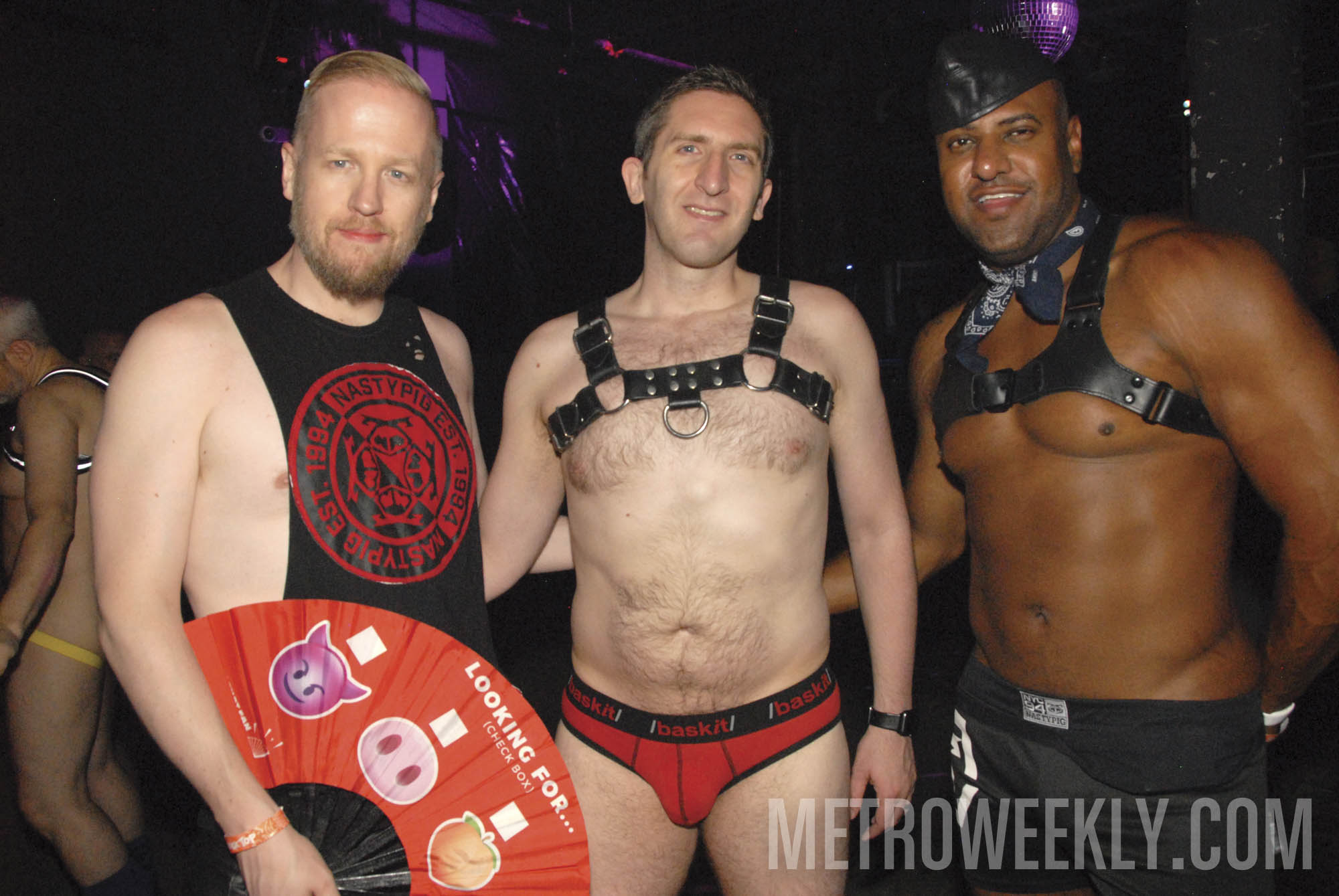 All weekend long, Tammy Truong’s little bear bar that could will be toasting its third birthday by celebrating with a usual litany of popular, no-cover parties, kicking off Friday, Jan. 18, at 5 p.m., with the first MAL edition of DC Bear Crue’s Bear Leather Happy Hour since the closing of former host venue Town. But Sunday, Jan. 20, stands as one of the biggest days for Uproar, with the biggest anniversary party of all, complete with free toasts via open bar from 3 to 4 p.m. and free roasted pig from 3 to 6 p.m. Also, one of Uproar’s signature DJs, Mike Babbitt, takes to the decks starting at 4 p.m., for a five-hour Sunday Beer Bust that will ensure it’s not just the pigs and the bears, but all the self-identified animals in the gay taxonomy that are good and roasted one last time over the holiday weekend. Uproar is at 639 Florida Ave NW. Call 202-462-4464 or visit www.facebook.com/uproarloungedc.

Long before you even knew what a bear was — or became one yourself — Joe Fiore was out there in the woofy wilderness, helping to blaze the furry trail. The veteran New York promoter long ago decided to focus on putting together parties “where bears dance.” From New York to the hibernating haven of Provincetown and many other destinations the world over, Fiore has created a regularly touring bear party empire that has now become a biannual force in D.C. An unofficial, offsite highlight during MAL, this year’s Furball invites the hirsute to romp around the Rock and Roll Hotel, a multi-level concert venue in the gritty H Street Corridor. London DJ Jack Chang returns to set the pace for the fur-flying fetish frenzy, this year spinning along with the omnipresent D.C. DJ Sean Morris, plus Vinny Parrello as host. All that, plus go-go bears from @HomoRodeo. Friday, Jan. 18, starting at 10 p.m. Rock and Roll Hotel, 1353 H St. NE. Tickets are $15 in advance or $20 at the door. Call 202-388-ROCK or visit www.furball.nyc.

It’s reigned for years as one of its hip host venue’s most successful recurring events, as well as one of the city’s most popular LGBTQ dance parties. Yet it wasn’t always that way. The first few parties hosted and spun by the two local veteran DJs Sean Morris and Kurt “TWiN” Graves in their first joint partnership were only moderately well attended, not the packed, sold-out, line-down-the-block affair it is now. After celebrating its 5th anniversary this past fall in the still hip, still sharply designed jewelbox of a nightclub, the party takes another spin of it all Sunday, Jan. 20, starting at 10 p.m., with Morris and TWiN taking turns on the second floor’s main dance floor, Mike Babbitt on the roof, and Bill Spieler in the first-floor bar. Flash, 645 Florida Ave. NW. Tickets are $20 for access to the main dance floor and roof deck. Call 202-827-8791 or visit flashdc.com.

AVALON SATURDAYS: A NIGHT AT THE CIRCUS

Last fall, in the wake of Town’s closure, Dougie Meyers launched a weekly Saturday night LGBTQ party. Formerly the general manager of Town, Meyers even managed to secure another one of D.C.’s newest generation of well-designed and well-revered nightclubs for the peak-night occasion. So far, most editions of Avalon Saturdays at downtown’s Soundcheck have been slight variations on the tried-and-true theme of showcasing talent from nightlife’s usual suspects. And to an extent, that holds true next Saturday, Jan. 26, when part of the focus is on the spinning star — DJ Kris Sutton — and the slaying queens Lena Lett, Mama Angelina, Ba’Naka, and Brooklyn, who will all play party co-hosts alongside male dancer Eddie Danger. Beyond that, the party wildly departs from the script, with the promise of “Live Acts All Night” in carnival-like fashion. Step right up and see clowns, contortionists, even an electronic violinist! And what’s a gay party without a self-proclaimed sword swallower and snake charmer? You can also expect to witness a Rubber Boy and a Balloon Artist. And when was the last time you were able to devour cotton candy, popcorn, and a hotdog while out clubbing? Life is a carnival at this party, co-presented by This Free Life and starting at 10 p.m. Soundcheck, 1420 K St. NW. Tickets are $15, or $20 for VIP. Call 202-789-5429 or visit www.dougiemeyerpresents.com.