Transgender woman sues NYPD for charging her with “false personation”

By John Riley on January 25, 2019 @JohnAndresRiley 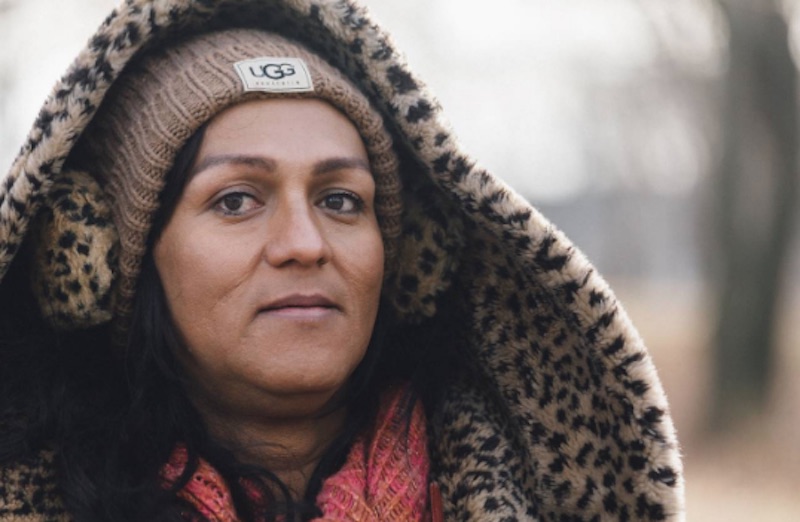 A transgender woman is suing the New York Police Department for discrimination after officers mocked and humiliated her by slapping her with a “false personation” charge and even restraining her with a pair of pink handcuffs to mock her gender identity.

According to the New York Civil Liberties Union, Linda Dominguez, a transgender cosmetologist, was stopped by three cops as she was walking home through Claremont Park in the Bronx at around 11:45 p.m. on April 18, 2018, reports The New York Post. The officers spoke to her in English, but Dominguez has limited English proficiency.

When they asked her name, she gave her previous legal name because she believed that was the name she was supposed to give. She told the officers her address and birth date. The police then arrested her for being in the park after hours.

When she arrived at the police precinct, Dominguez was able to speak with a Spanish-speaking officer, and gave them her current legal name and explained that she was transgender. She was charged with criminal trespass and false personation, in which a person is accused of knowingly misrepresenting their actual name in order to prevent police from discovering their true identity.

Then, police placed her in a cell alone overnight, keeping her restrained with pink handcuffs — even though there were several other available pairs, none of which were pink — and mocked her, calling her by male pronouns and her former name. She was released the next day, and the charges against her were dropped last August.

The lawsuit against the NYPD claims that the officers mocked, misgendered, and discriminated against Dominguez based on “animus towards her based on her transgender status.” It also says she experienced humiliation and embarrassment as a result of her arrest and continues to be fearful of police.

Dominguez’s lawsuit, which asks for unspecified damages, argues that the NYPD Patrol Guide bars officers from charging transgender people with false personation for giving a chosen name instead of a legal name. But the training provided to officers on how best to adhere to the department’s guidelines on transgender people is “inadequate.”

An NYPD spokeswoman declined to comment on the lawsuit, but said the department has worked to improve its relationship with the LGBTQ community.

The NYCLU called upon the NYPD to “take responsibility for the culture of discrimination that pervades the department.”

“Being transgender is not a crime,” Donna Lieberman, the group’s executive director, said in a statement. “The police’s own guidelines prohibit discrimination against trans New Yorkers, but clearly the NYPD is failing to make sure officers follow their own rules and honor the dignity of all New Yorkers.”

“The fact that Linda was actually charged with ‘false personation’ is absurd and outrageous, but it highlights how the NYPD continues to criminalize transgender people for existing,” Bobby Hodgson, an NYCLU staff attorney, said in a statement. “The NYPD must do more to ensure that officers are trained to treat transgender New Yorkers with respect.”

John Riley is the local news reporter for Metro Weekly. He can be reached at jriley@metroweekly.com
← Previous Story Two percent of high school students identity as transgender, almost as many “not sure”
Next Story → Arizona sued over health insurance exclusion that does not cover transgender surgery