By John Riley on February 7, 2019 @JohnAndresRiley

A bipartisan group of congressional lawmakers has introduced a bill to block President Donald Trump’s proposed ban on transgender troops from moving forward.

Under the bill, the so-called “Mattis Plan,” which bans any transgender service members with gender dysphoria or have undergone a gender transition, would be declared “inconsistent” with the goals of promoting military readiness. Any person who is qualified, regardless of gender identity, and meets the requisite physical, mental health, and educational eligibility requirements would be allowed to enlist, or, if already enlisted, allowed to remain in the U.S. Armed Forces. But the military would be perfectly within its rights to dismiss any soldier that does not meet those standards.

“This bill makes it clear to our brave transgender troops that we see them and that we honor the risks they take,” U.S. Rep. Jackie Speier (D-Calif.), the bill’s chief sponsor, said in a statement. “It’s also solid common sense. The president’s ban is not only hateful and un-American, it harms military readiness and morale and ultimately makes our country less strong.”

The bill was introduced on Thursday, two weeks after a Supreme Court ruling lifted two lower court orders that prevented the Pentagon from beginning to implement the “Mattis Plan,” which would effectively discharge the majority of “out” transgender service members from the military.

Other injunctions remain in place blocking such implementation, but could soon be lifted if the courts adopt similar rationale. Once all injunctions are lifted, the Pentagon could begin discharging transgender individuals, even while lower courts grapple with the issue of whether the plan passes constitutional muster.

According to the Military Times, Pentagon officials said they would not move forward with the ban at this time due to other pending legal challenges — most notably the Maryland injunction — that have yet to be resolved.

“Without caveat or condition, American service members put their lives on the line to keep the rest of us safe,” Kennedy said in a statement. “They all deserve the same loyalty in return. Instead, President Trump’s ban on transgender troops makes a mockery of that sacrifice and a political ploy of something that should supersede party lines — our collective commitment to keep this country safe and free. By passing this legislation, we can ensure that the civil rights of our service members cannot be infringed by an intolerant President.”

“The President’s bigoted decision to ban transgender Americans from serving in the military carries with it echoes of some of the most ignorant, intolerant moments in our history that saw women, black Americans, gays and lesbians barred from fully participating in our Armed Forces,” Brown, the vice chair of the House Armed Services Committee, added. “I’m proud to join my colleagues in standing on the right side of history by introducing this legislation that aligns with my deepest belief: that any patriotic American who is fit to serve should be afforded the opportunity to serve and sacrifice for our country.”

LGBTQ advocates, who have repeatedly blasted the president’s ban since he first proposed it in July 2017, praised the members of Congress for introducing the bill.

“We applaud Representatives Speier, Katko, Davis, Brown, and Kennedy for their unwavering support of our transgender military community,” OutServe-SLDN Executive Director Andy Blevins said in a statement. “For the last two-and-a-half years, these selfless patriots have proven time and again that they are not only qualified to accomplish the mission, but that our Armed Forces are more efficient and more effective because of their authenticity. We must ensure baseless and discriminatory rationalizations not be allowed to define military policy and make open and authentic service a reality for all qualified and willing individuals.”

Aaron Belkin, the director of the Palm Center, said the bill reflects the scientific consensus of both military and health experts: that transgender people are perfectly capable of serving and deploying overseas, that their health care does not pose a significant financial burden, and that their presence does not affect military readiness.

“Transgender military personnel are meeting every rigorous military standard that is required of all service members and have done so for more than two and half years,” Sharon McGowan, the legal director and chief strategy officer at Lambda Legal, said in a statement. “Service members should be judged based on whether they can satisfy the nation’s military service requirements, not who they are or who they love. This legislation will help ensure that transgender service members who are otherwise qualified can continue serving our country without fear of discrimination.” 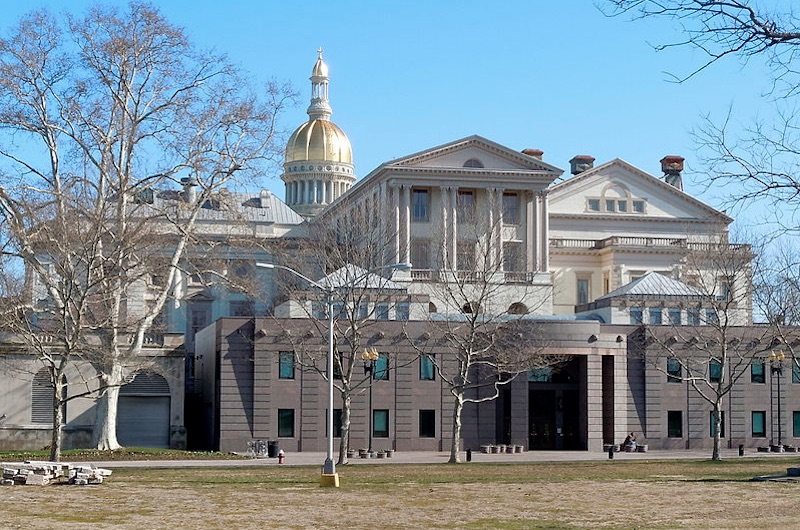 A New York wedding photographer is appealing a federal judge's decision throwing out a lawsuit she brought challenging LGBTQ protections in the state's nondiscrimination law.

Emilee Carpenter, of Elmira, filed the suit last year, claiming that the law's protections for sexual orientation and gender identity in public accommodations violate her constitutional rights, including her right to free speech and freedom of religion. She has claimed that she believes marriage is an "inherently religious" event that can only apply to unions between one man and one woman, and fears that the law will either force her to "participate" in ceremonies to which she morally objects, or pay steep fines for refusing to photograph same-sex weddings.