By Randy Shulman on February 7, 2019 @RandyShulman 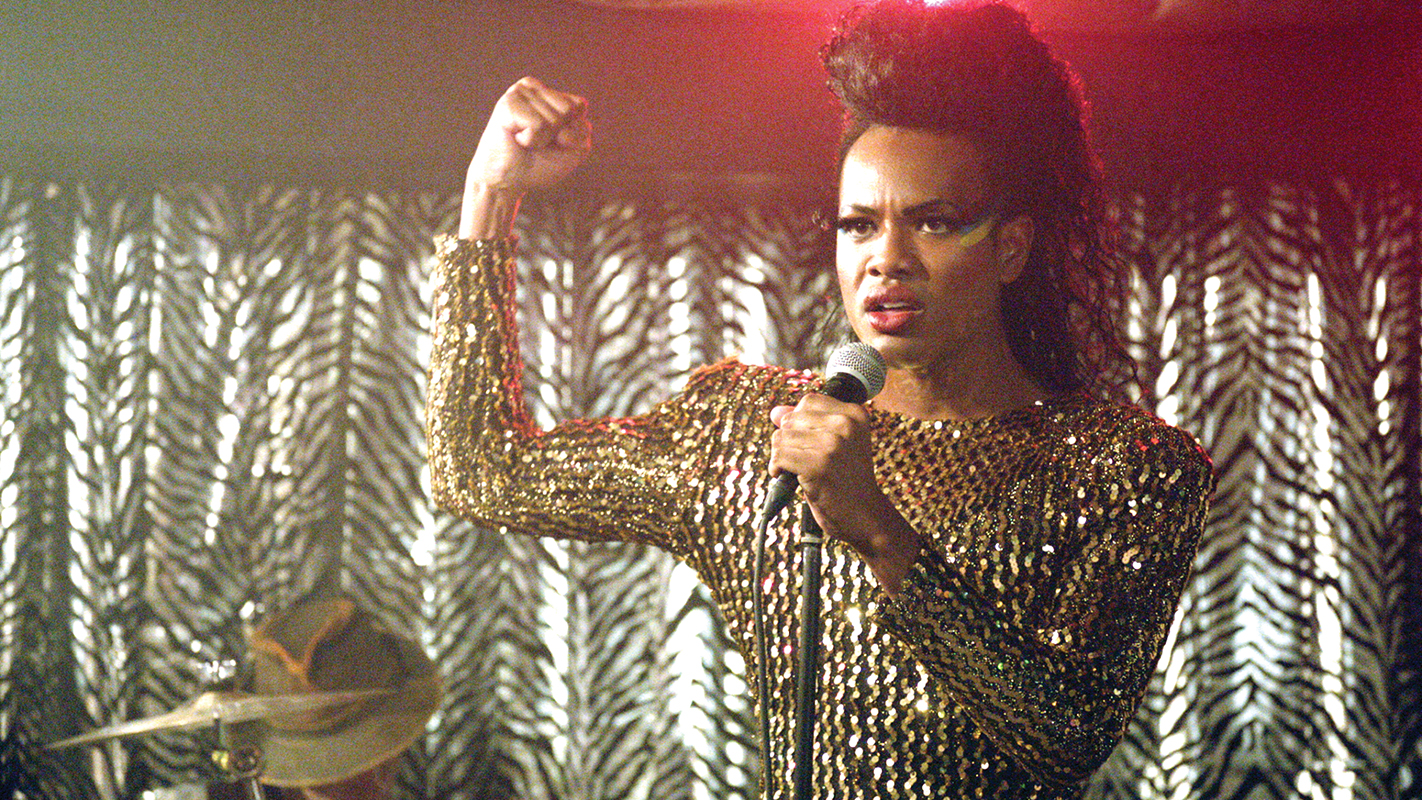 Alaska Is a Drag

ALASKA IS A DRAG

Leo is an aspiring drag superstar stuck working in a fish cannery in Alaska who takes up boxing as a self-protective hobby in Shaz Bennett’s darkly comic, literal fish-out-of-water tale that evolves into a mystery about why Leo and his twin sister Tristen — played by Martin L. Washington and Maya Washington — are stuck in Alaska. Originally a short that was a festival-circuit favorite, Bennett expanded the work into a full-length feature through a successful crowdfunding campaign. The film screens as part of Reel Affirmations’ monthly Xtra series hosted by Rayceen Pendarvis of The Ask Rayceen Show. Friday, Feb. 15, at 7 p.m. HRC Equality Center, 1640 Rhode Island Ave. NW. Tickets are $12, or $25 for VIP seating as well as one complimentary cocktail, beer or wine and popcorn. Call 202-682-2245 or visit www.thedccenter.org. 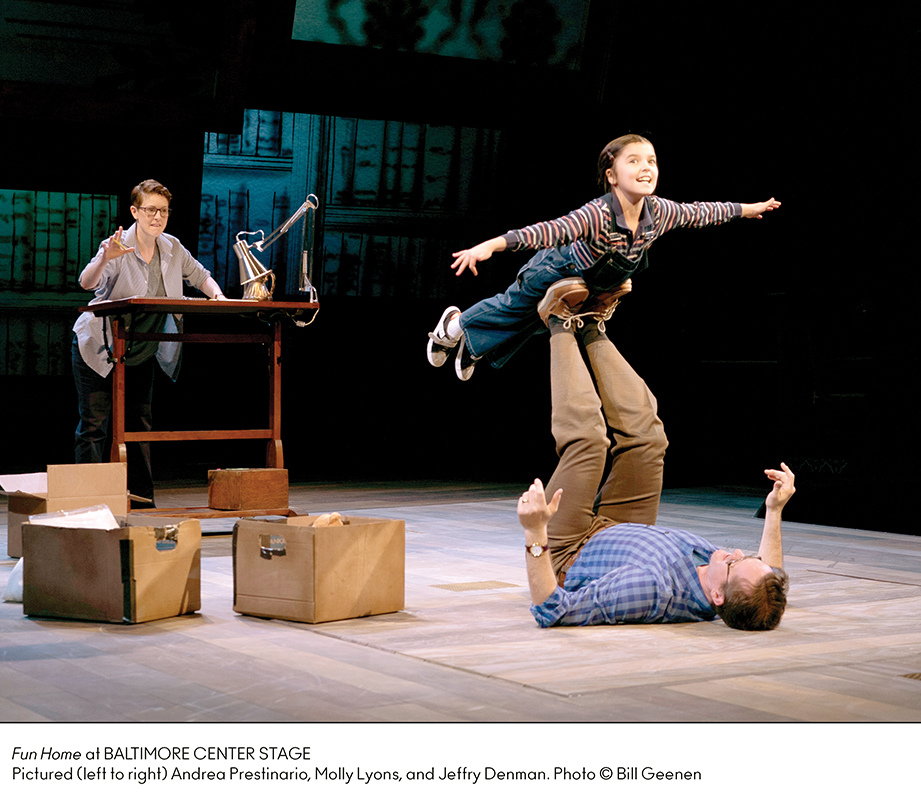 Baltimore’s Center Stage offers a chance to see the stunning, heartfelt show based on the work of lesbian cartoonist Alison Bechdel (Dykes to Watch Out For). Hana Sharif directs the company’s production of this Tony-winning coming-of-age and coming-out musical with a cast that includes Andrea Prestinario, Molly Lyons, Jeffry Denman, and Michelle Dawson. To Feb. 24. 700 North Calvert St., Baltimore. Tickets are $20 to $74. Call 410-332-0033 or visit www.centerstage.org. 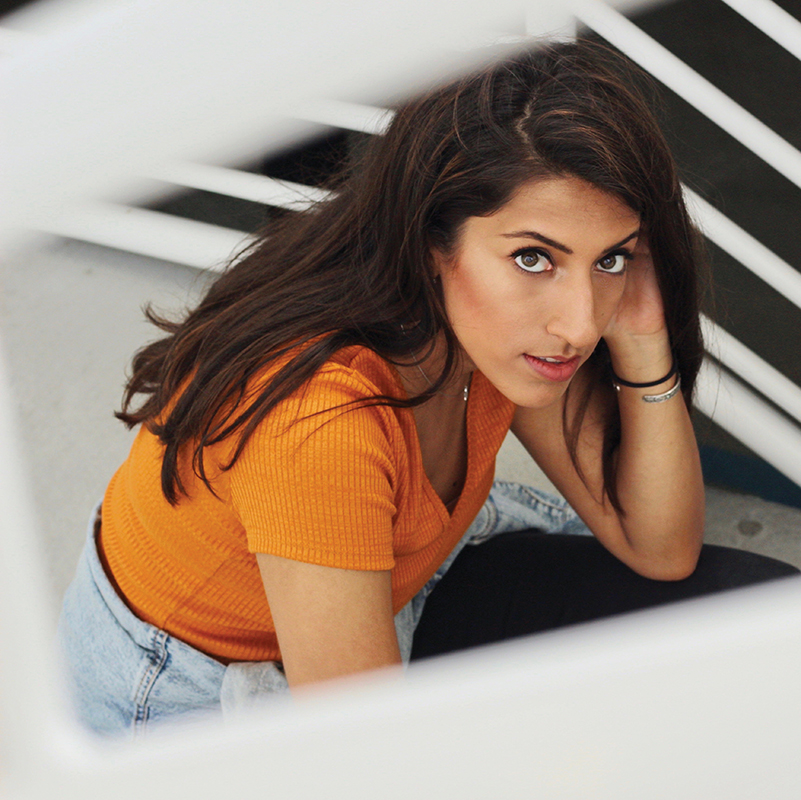 Equally influenced by Sam Cooke and Ravi Shankar, this D.C. native singer-songwriter aims to infuse R&B and pop music with Bollywood rhythms to bring the sounds of her heritage to a wider audience. A recent graduate of Princeton University who sings in Hindi, Punjabi, French, and English, Taneja gets a chance to showcase her musical efforts at Strathmore as part of a series of concerts featuring the 2019 class of the organization’s esteemed program Artists in Residence. Grammy-nominated Christylez Bacon, The Voice contestant Owen Danoff, and Prince- and Stevie Wonder-collaborator Frédéric Yonnet are just three of the 80-plus young musicians who have been mentored through the program since 2005. Wednesday, Feb. 13, and Feb. 27, at 7:30 p.m. The Mansion, 10701 Rockville Pike, North Bethesda. Tickets are $17. Call 301-581-5100 or visit www.strathmore.org. 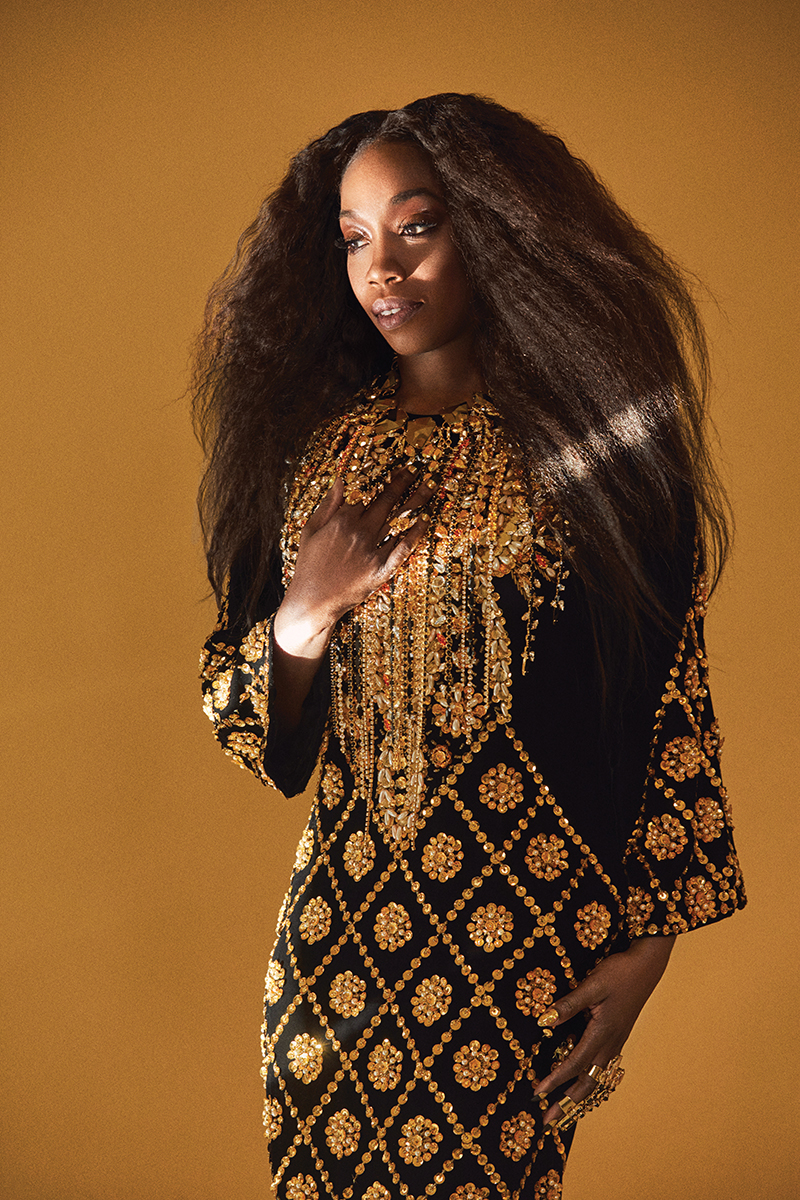 “I’ve felt so much love and acceptance, it’s overwhelming,” Estelle told Metro Weekly in 2012. “[And] gay people, it’s a whole different level.” The love has only grown stronger since then, especially after her guest-starring turn as a duet partner with Jussie Smollett on Fox’s Empire, performing her hit “Conqueror.” The Grammy-winning British soul singer tours in support of Lovers Rock, a well-realized album of original contemporary reggae songs. Sunday, Feb. 10, at 7:30 p.m. The Birchmere, 3701 Mount Vernon Ave., Alexandria. Tickets are $29.50. Call 703-549-7500 or visit www.birchmere.com. 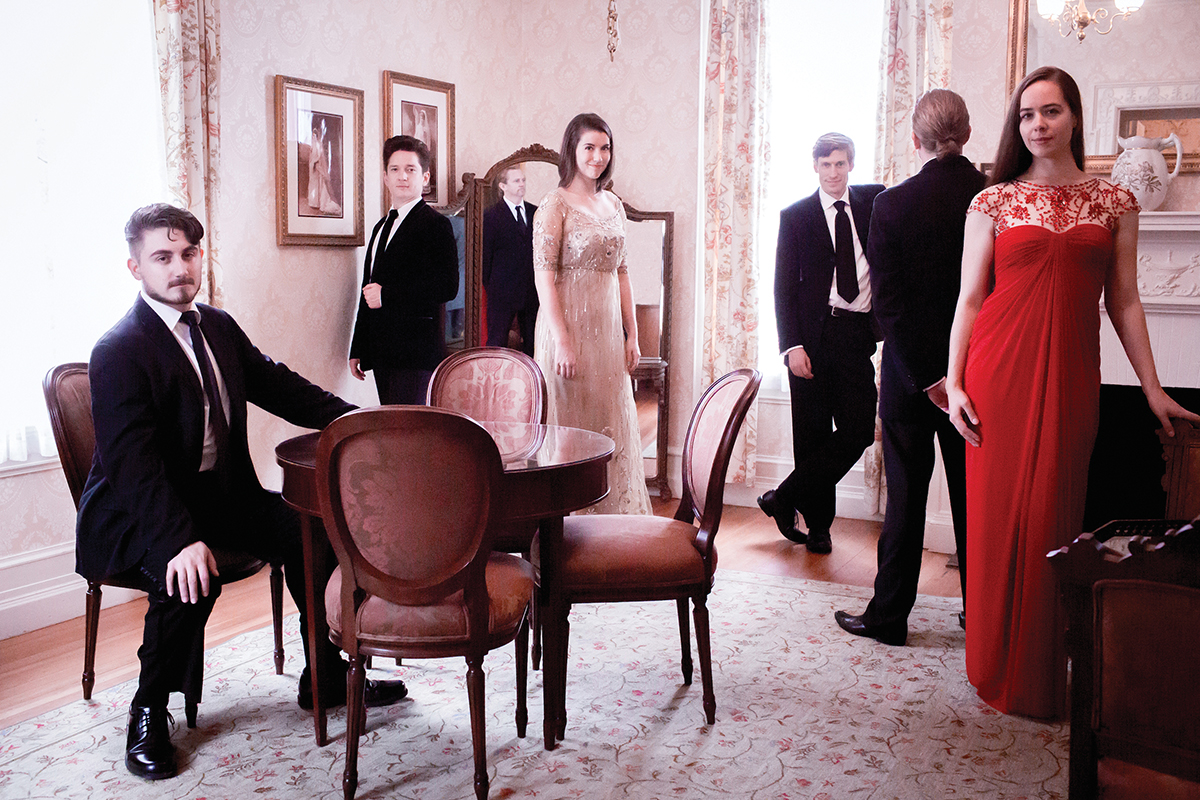 Songs about food, drink, and love from French and Italian Renaissance composers are the pre-Valentine’s Day toast by The Folger Consort, performing in the acoustically rich Washington National Cathedral. The acclaimed vocal ensemble Les Canards Chantants will make its Washington debut by joining the consort and the viol consort Arcadia Viols, who will also play “table music” for strings, including selections from Schein’s Banchetto Musicale, written to accompany dinner in the sophisticated courts of Germany. Robert Aubry Davis, host of WETA’s Around Town, will lead a discussion (included in the ticket price) with the consort’s Robert Eisenstein and other performers 90 minutes before the first performance. Friday, Feb. 8, and Saturday, Feb. 9, at 8 p.m. Tickets are $30 to $60. Call 202-537-2228 or visit www.nationalcathedral.org. 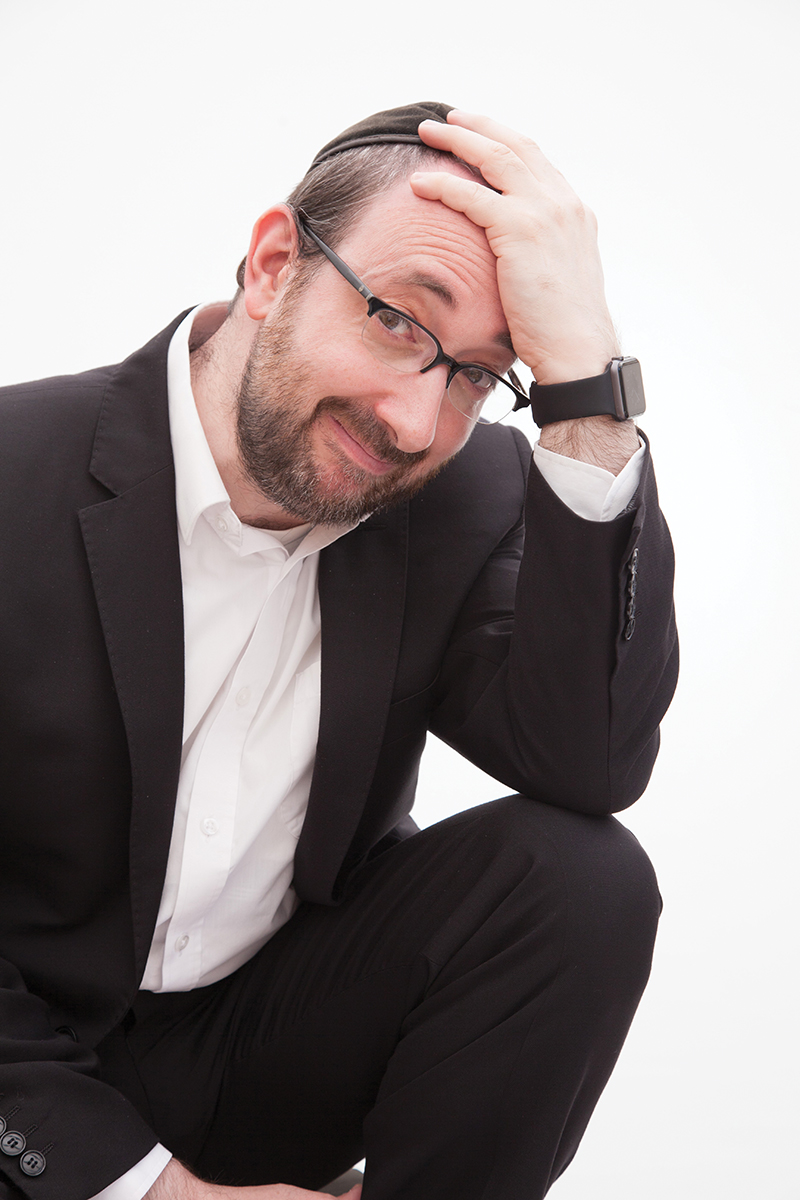 Fresh from a run of shows Off Broadway, “the U.K.’s only strictly orthodox Jewish stand-up comedian” takes to the road for what is billed as the first-ever stand-up show about life as a charedi, or a strictly orthodox Jew. Blaker, a former TV writer and producer who helped Matt “I’m the only gay in the village” Lucas develop Little Britain mines the funny about Jewish holidays, orthodox interactions with other people, particularly those of the opposite sex, and the worldwide Jewish obsession with sushi, among other topics. No word on if he has anything gay to say. Sunday, Feb. 10, at 7 p.m. Sixth & I Historic Synagogue. 600 I St. NW. Tickets are $30. Call 202-408-3100 or visit www.sixthandi.org.

Joshua Vogelsong, aka drag performer/punk rocker Donna Slash, continues the queer Screen Queen series at the 35-seat, living-room cozy Suns Cinema in Mount Pleasant. Films in February offer some of the most raw and brutally honest stories about trans experiences, including Pedro Almodovar’s All About My Mother and Neil Jordan’s The Crying Game. On Monday, Feb. 11, at 8 p.m., the series screens Henrique Goldman’s sensitive portrayal from 2001 of a male-to-female transgendered youth who flees her small Brazilian hometown and moves to Milan, Italy to pursue sexual reassignment surgery. As played by Ingrid de Souza, Fernanda turns to sex work to earn a living, eventually falling for one of her johns a la Pretty Woman — a married man, played by Cesare Bocci, who offers to pay for her surgery, and even promises to leave his wife for her. Of course, such a scenario isn’t likely in real life, much less a grittily realistic Italian- and Portuguese-language drama about as far from a Hollywood rom-com as they come. Patrons can enjoy snacks, including fresh offerings from Suns’ vintage popcorn machine, as well as drinks from the full-service bar, which will remain open afterwards to encourage post-show discussion. 3107 Mount Pleasant St. NW. Tickets are $5. Visit www.sunscinema.com. 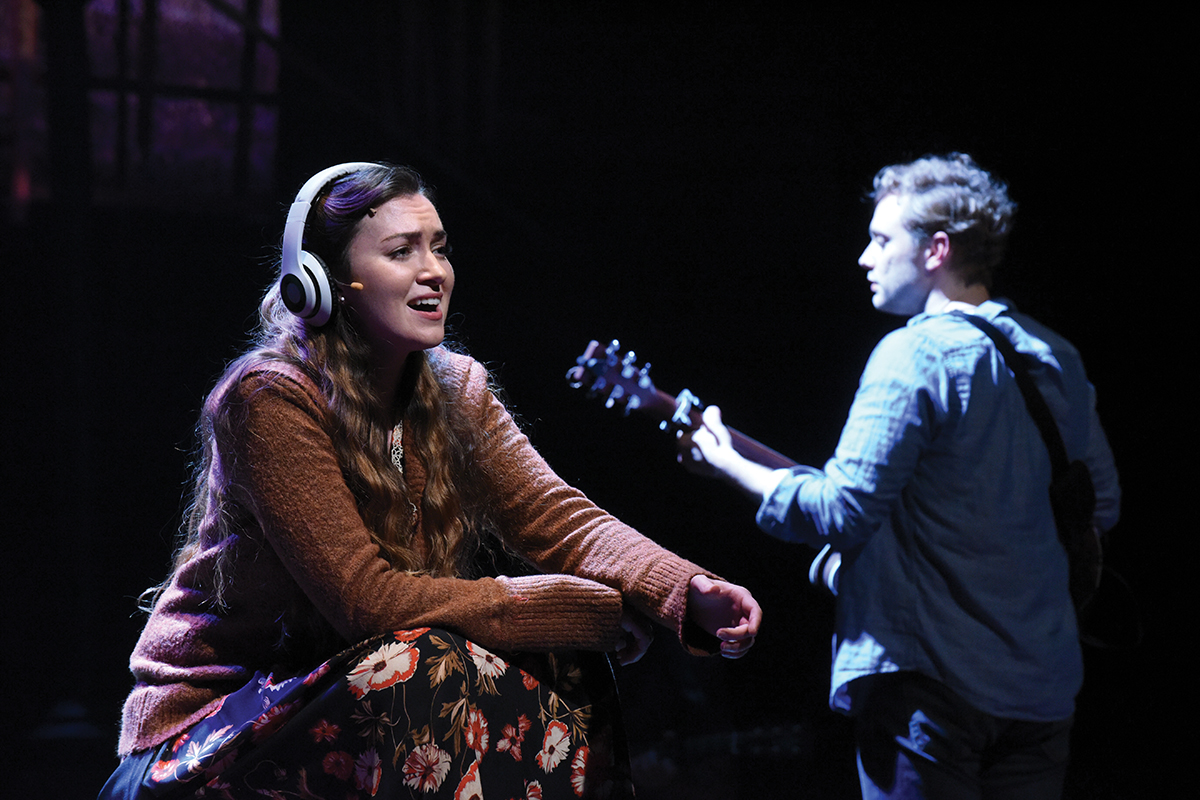 One of those quiet, understated shows that will sneak up and surprise you, Once deservedly won a whopping eight Tony Awards in 2012. Glen Hansard and Marketa Irglova’s romantic folk rock score is what surprises you most about the show, featuring a book by celebrated Irish playwright Enda Walsh and based on John Carney’s small indie film from 2006. The focus is on a man and a woman who make hauntingly beautiful music — which is all the more powerful because their songs express their love for each other in a way that the two, each already in complicated relationships, never fully realize otherwise. Gregory Maheu and Malinda Kathleen Reese lead a large cast of actors playing their own instruments in an Olney Theatre Center production directed and choreographed by Marcia Milgrom Dodge, with music director Christopher Youstra serving as the show’s emcee. In previews, opens Saturday, Feb. 9. To March 10. Mainstage, 2001 Olney-Sandy Spring Road, Olney, Md. Call 301-924-3400 or visit www.olneytheatre.org. 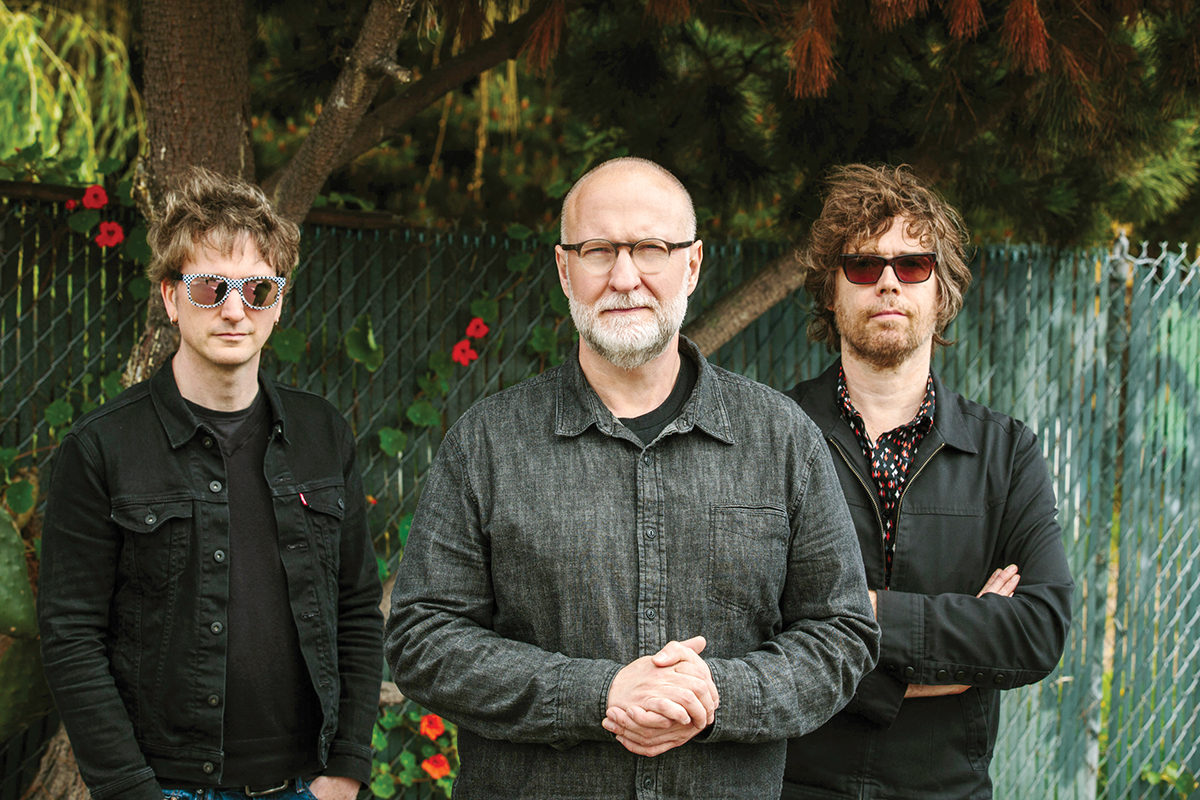 It’s been two years since the post-punk/alt-rock legend last gave a concert in D.C., where Mould lived at the turn of the 21st century. He returns to his old stomping grounds and the former home of Blowoff, the popular monthly gay bear party he threw with Rich Morel, which now serves to kick off a tour in support of Sunshine Rock, his new solo album set for release Friday, Feb. 8. If that all sounds happier and sweeter than you’d expect from Mould, there’s also the fact that his return comes on Valentine’s Day, no less. It turns out Mould has drawn more inspiration from the positive things he’s seen living in Berlin the past few years than he has by all the negative news and developments from Trump’s America. And that, as they say, is all to the good. Titus Andronicus opens. Thursday, Feb. 14. Doors at 7 p.m. 9:30 Club, 815 V St. NW. Tickets are $25. Call 202-265-0930 or visit www.930.com. 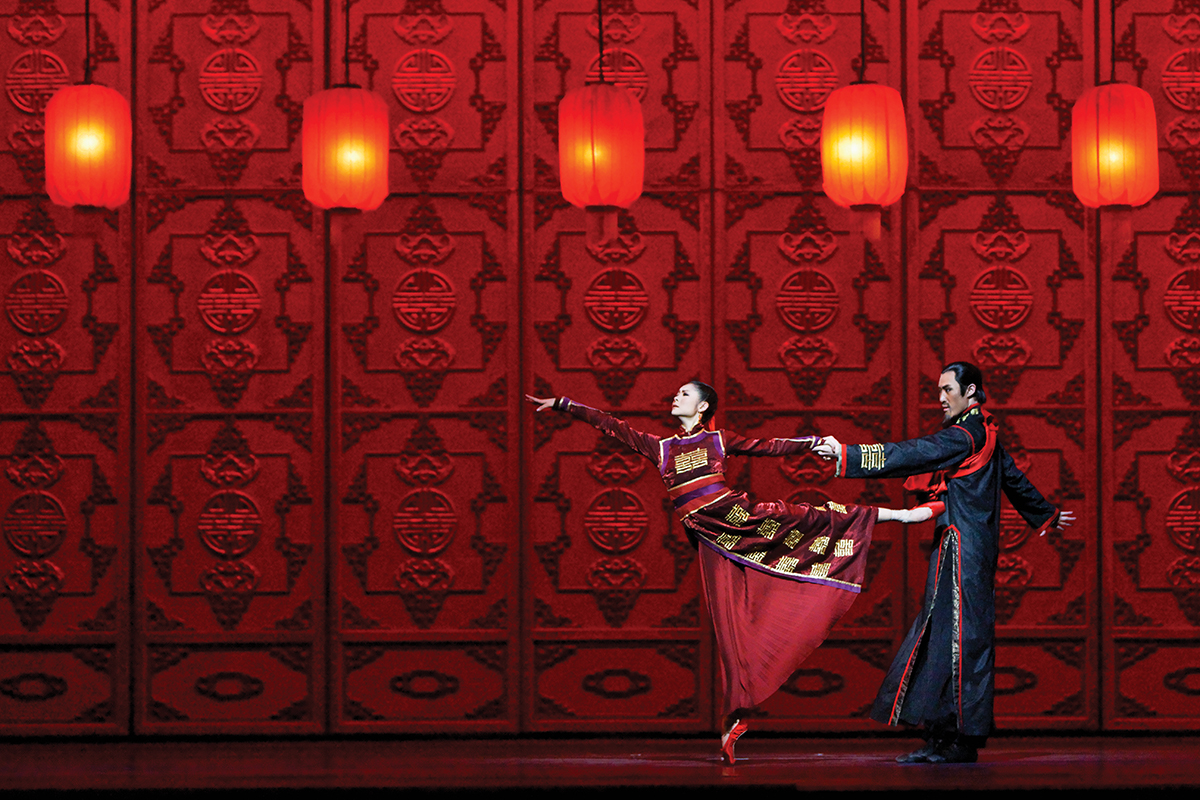 National Ballet of China: Raise the Red Lantern — Photo courtesy of the Company

This distinguished company, renowned for its hybrid of western ballet and Chinese culture, returns for the first time since the Kennedy Center’s Festival of China in 2005 to perform an award-winning, evening-length work based on the powerful 1999 film. Raise The Red Lantern is a powerful story of love and jealousy, focused on the haunting, tragic tale of a concubine who must compete for her master’s favoritism over a rival. Adapted by acclaimed director Zhang Yimou working with choreographers Wang Xinpeng and Wang Yuanyuan, the production includes traditional cheongsam outfits, elements of shadow puppet theater and Chinese opera, and mesmerizing melodies performed to live accompaniment from the Kennedy Center Opera House Orchestra and guest musicians. The performances come as the cornerstone of the Kennedy Center’s fourth annual Lunar New Year Celebration. First performance is Wednesday, Feb. 13, at 7:30 p.m. To Feb. 16. Opera House. Tickets are $25 to $99. Call 202-467-4600 or visit www.kennedy-center.org.