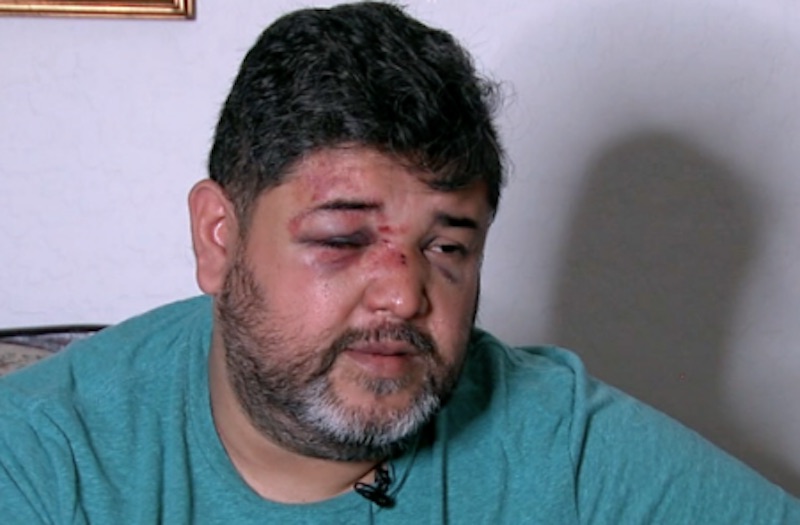 An Arizona man is recovering after he says he was attacked by a mob of about 10 people in Downtown Phoenix last Friday night, reports Phoenix-based news station ABC 15.

Caesar Marin, 41, claims he sustained a broken nose, two black eyes, and bruises and scratches all over his body after being attacked by the group.

Marin says he was driving back home after getting some food with friends when a female walking near the intersection of North 1st and Washington Streets threw a cigarette into his car, hitting him in the head.

“I don’t know why she did what she did but she started walking on the passenger side of my car and she was just looking at me and she took a puff of her cigarette and she called me a faggot and she grabbed her cigarette and flicked it,” he told ABC 15.

He turned his car around and got out of the vehicle to remove the cigarette, at which point he claimed he was jumped by a larger group, who began punching, kicking and scratching him.

“I just wanted it to stop, I felt like I was gonna die, I didn’t know how to defend myself, how to protect myself,” says Marin.

Wesley Heath, an employee at a nearby restaurant, says he saw the aftermath of the fight and took video on his cell phone of what he says is friends of the people who attacked Marin.

“I assume they were all involved because they were like, ‘You guys need to run, run,” says Heath.

Marin says he didn’t provoke anyone and believes he was singled out because he’s gay. He previously posted pictures of his injuries to Facebook and explained why he believes he was targeted.

“How did they know I was gay? Well, I drive a Miata convertible which had the top down. I listen to flamboyantly gay music. I love Madonna, Cher, The Weather Girls, “It’s Raining men” MY favorite song in the whole world,” he wrote in the Facebook post. “Frankly I don’t remember the song. but my playlist consists of stuff like that. I do sing out loud when I drive and if that wasn’t enough, when she saw the back of my car, the equality sticker and gay rainbow sticker was a dead giveaway. 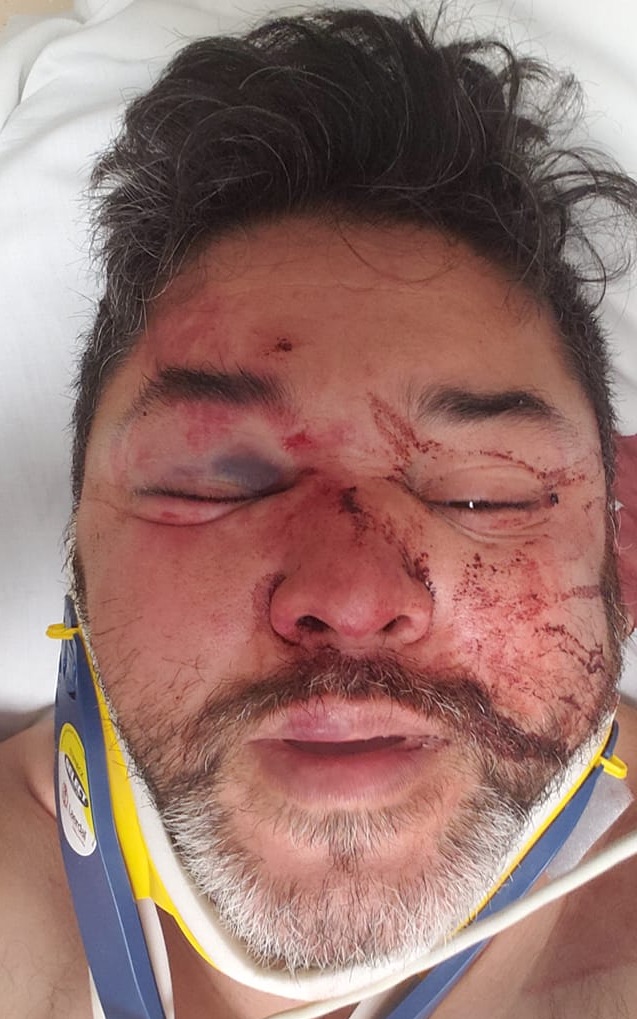 “I only remember when the attack started, as I passed out and came to on the floor when a good Samaritan was shaking my shoulders asking if I was okay,” added Marin. “I was spitting up a ton of blood and he put a bag of ice on my face. I heard him yelling at the people that attacked me. I blacked out a bit and remember being surrounded by paramedics and heard the voice of the good Samaritan telling the cops that he pulled people off of me and saw when they were stomping my face with their feet. He gave a description to the police.”

Marin also took a shot at some commenters on his post who accused him of faking the incident.

“TO ALL THE ASS HATS THAT KEEP HARASSING ME! NO ONE HAD A MAGA HAT, NO ONE SAID ANYTHING ABOUT TRUMP!” he wrote. “Now the Jussie Smollette (sic) thing was unfortunate that he did what he did. But that has nothing to do with me and please stop mentioning him. … I don’t need people adding to my pain.”

Phoenix police say they are investigating the incident and have collected a cigarette and an earring as evidence. They have not said if they will classify the attack as a hate crime, which would potentially increase the penalties for anyone found guilty of the assault.

Anyone with additional information about the attack or those involved is encouraged to call the Phoenix Crime Stop hotline at 602-262-6151.