By John Riley on March 7, 2019 @JohnAndresRiley 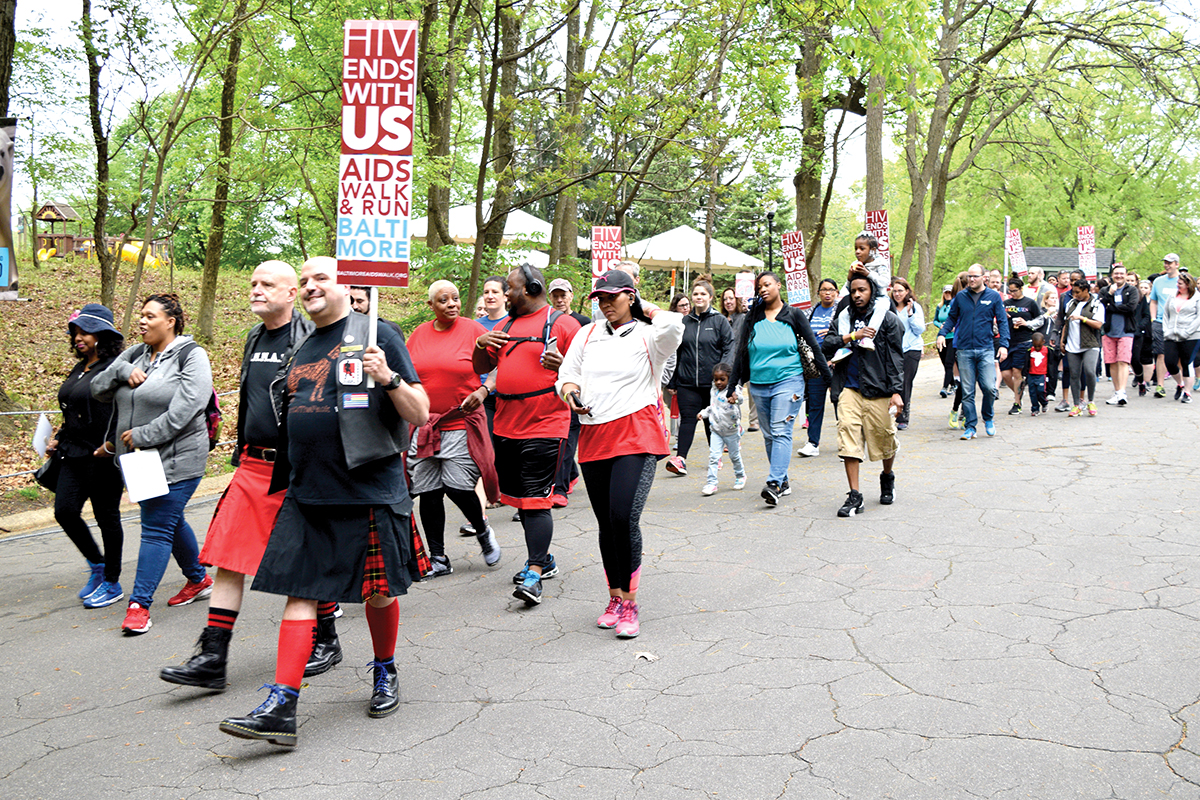 “I’ve been involved with the Baltimore AIDS Walk each year that we’ve had the event,” says Aaron Cahall, communications manager for Charm City’s Chase Brexton Health Care. “It’s the only event of its type in Baltimore. It provides a venue for folks who want to do something to support HIV care and testing and prevention.”

The walk kicks off at 9:30 a.m. on Sunday, June 9 (mark your calendars now), starting at Power Plant Live! and following a two-mile-long circuitous route around Baltimore’s Inner Harbor, and is open to anyone who registers — or starts a team of friends or co-workers to raise funds. Following the walk, participants can enjoy lunch and a music festival featuring local performers.

This year, organizers have set a goal of raising $150,000, with proceeds directly benefiting Chase Brexton’s HIV outreach, prevention, and testing services — which, over the past 12 months, has provided over 3,100 HIV-positive individuals with medication assistance, case management services, and primary care. The 2019 walk is also the first to feature the Community Partner program, where other local nonprofits that offer HIV-related services can join the event and keep half of the funds they raise.

In addition, members of Chase Brexton’s Power Project Team, which deals with HIV testing and outreach, will be on hand to provide attendees with information about HIV and to spread awareness of the U=U Campaign, which promotes antiretroviral therapy for HIV-positive individuals to help them achieve an undetectable viral load, meaning they effectively cannot transmit the virus to others.

Mindful that the walk may conflict with other events, particularly D.C.’s Capital Pride celebration, the Baltimore AIDS Walk allows people who can not attend in person to sign up, at a cost of $40, as a Virtual Walker instead. Virtual Walkers and in-person participants alike will be eligible for prizes ranging from T-shirts and water bottles to tickets to the music festival’s VIP station, depending on the amount they have raised or donated.

The music festival will feature three acts, including Davon Fleming, a former contestant on NBC’s The Voice. Other acts have yet to be announced.

“We think the music festival is going to be a really good addition,” says Cahall. “We want people to really participate, stick around, and figure out what they can do to help. Rather than just do a walk or run and go their own way, the festival is a chance to spread awareness around the event, why it’s important, and how it supports those in need.”

John Riley is the local news reporter for Metro Weekly. He can be reached at jriley@metroweekly.com
← Previous Story BREAKING: DC gay nightclub Cobalt permanently closes
Next Story → Exclusive: Cobalt owner and employees on the sudden shutdown of DC gay club