Gov. Pete Ricketts says he had no idea about Bennet Bressman's racist, anti-Semitic, and anti-gay views 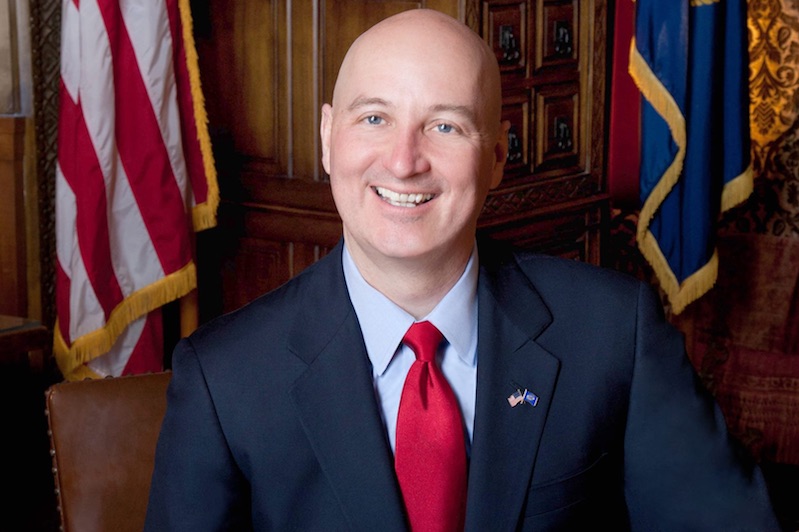 Nebraska Gov. Pete Ricketts is distancing himself from a former campaign staffer who was discovered to have penned several racist, anti-Semitic, and anti-gay posts online.

In the posts, which were written in a private chat room operated by an alleged white nationalist, Bressman reportedly joked about the Holocaust and turning Israel into “a crater.” He penned other posts stating that “gays are scum of the earth” and that he “probably would” drive his car into a crowd of people at a Black Lives Matter rally just for laughs.

“I have more compassion for small dogs than illegals … and journalists,” he wrote in another post.

Anti-Fascist Action Nebraska, which often focuses its reporting on the actions or comments of far-right-wing figures, said it obtained the posts from a media collective called “Unicorn Riot,” which investigates and exposes the racist or anti-Semitic online musings of neo-Nazi and white supremacist groups operating within the United States.

On Monday, Ricketts immediately distanced himself from Bressman’s comments, saying he was “shocked and horrified” by the posts, saying: “I had no idea he harbored these feelings. He never expressed these views to me.”

“I condemn these statements and this hateful world view, which do not reflect my beliefs or the beliefs of Nebraskans,” Ricketts added.

Bressman told the Lincoln Journal Star that he regretted the comments and understood “how they look really bad and are really bad on their face.”

Bressman, a 22-year-old senior at University of Nebraska-Lincoln, said he initially joined the chatroom to gain access to a call-in show hosted by YouTube personality Nick Fuentes, who took part in the August 2017 Unite the Right rally in Charlottesville, Va. But he soon found himself wrapped up in the “tough talk,” sharing racist or homophobic jokes and memes with other chat room users.

“When you think you have anonymity, it’s easy to become desensitized to what you’re saying,” he said, adding that the posts “aren’t indicative of who I am as a person.” He also insisted he does not pose a threat to anyone’s safety.

Bressman’s father, Charles, told the Omaha World-Herald that his son’s actions were “very foolish” and the product of his youth. He said the family is dealing with the matter, and that his son will take responsibility for his actions.

“It was a foolish, stupid thing he has done,” Charles Bressman said. “He knows better and now he’s going to pay.”

This most recent incident comes less than a month after the governor was forced to denounce racist and anti-Muslim comments that his father, Joe Ricketts, made in personal emails that were leaked to the press.

In a statement on its website, the Anti-Fascist Action Nebraska website called for “swift and decisive action” by the governor and the Nebraska Republican Party.

“The only acceptable course of action is for Governor Ricketts to fire everyone on his staff, repatriate this land to the indigenous people it was stolen from, then resign in disgrace,” the statement said.

Jane Kleeb, state chair for the Nebraska Democratic Party, also condemned the posts and raised questions about a pattern of comments coming from people associated with the governor.

“Hate seems to be a family value for Ricketts. First is was Pete Ricketts’ dad who sent emails that included racist comments while he looked the other way on most. Now, a staff member sent racist messages and was told to take one message down but that did not stop Bressman. He kept his job for months and kept spewing hate,” Kleeb said. “Obvious questions now linger. Did the campaign take money or coordinate with other white nationalists groups?”