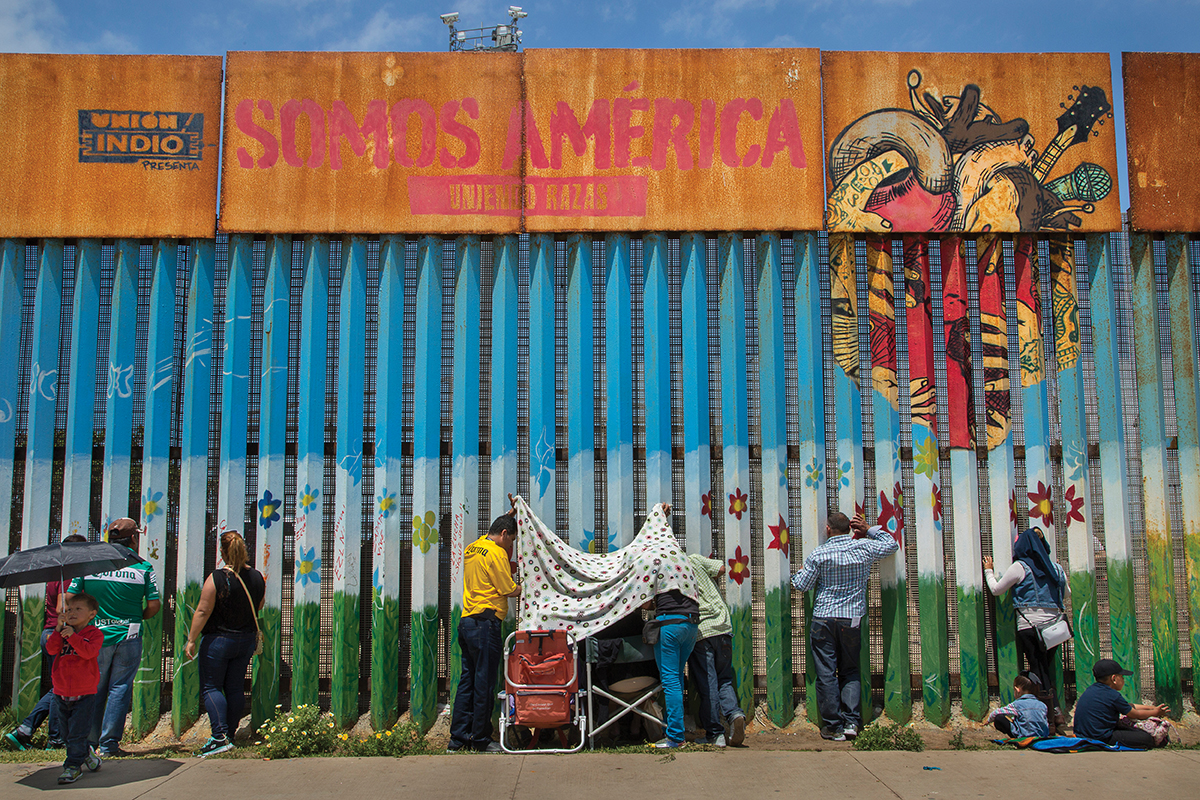 The Wall by Grisela San-Martin, part of The Warmth of Other Suns: Stories of Global Displacement, at the Phillips Collection

Among this season’s many exhibitions in D.C., none are bigger than the Newseum’s Rise Up retrospective of LGBTQ rights and developments in the 50 years since Stonewall. Beyond that, those in the LGBTQ community are relatively spoiled for choice this Spring, from the forthcoming display of LGBTQ-related items at the Smithsonian’s American History museum, to the artistic explorations of gender on display in the group show Transcendence at the International Arts & Artists’ contemporary arts center once known as Hillyer Art Space.

Naturally, there will be flowers in bloom at the U.S. Botanic Gardens as well as in the Kogod Courtyard in the Old Patent Office Building, where the annual Smithsonian orchid show is currently on display. And as a complement to the natural beauty to come in the Tidal Basin, the immersive interactive gallery ArTecHouse in Southwest presents a showcase of cherry blossom-inspired digital art.
Also set to bloom this season: The Apple Store in downtown’s historic Carnegie Library, coupled with the DC History Center on the venue’s renovated second floor.

THE DC HISTORY CENTER AT THE CARNEGIE LIBRARY

After months of delays, the historic Carnegie Library across the street from the Washington Convention Center is finally set to reopen following extensive renovation this spring — as early as next month. In partnership with the Global Flagship Apple Store, the Library will also house the nonprofit Historical Society of Washington, D.C., including its Kiplinger Research Library plus a museum with several new galleries. The Big Picture: Panoramic Images of Washington, D.C. — The opening exhibition draws from a collection of over 3,600 black-and-white panoramic images that captured milestones in D.C. history but that very few people have previously seen; several of the 50 images on display will be “blown up so large that you’ll feel like you’re a part of them” (Opening Spring)