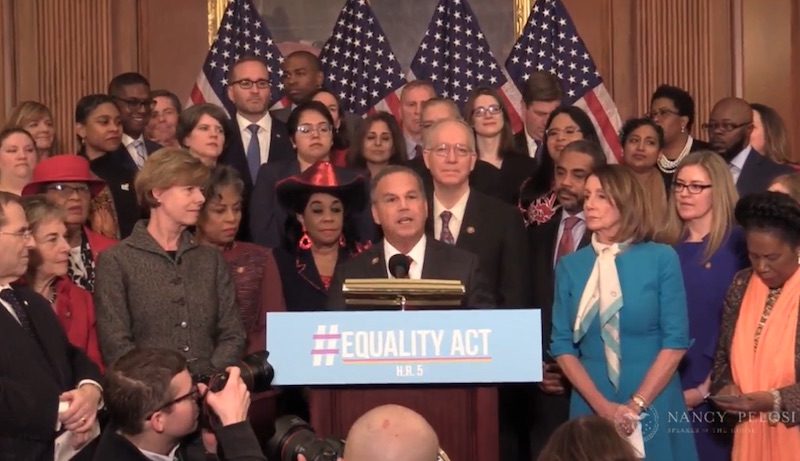 On Wednesday, congressional lawmakers introduced the Equality Act, a sweeping piece of legislation that would update the Civil Rights Act of 1964 to include federal protections for LGBTQ individuals.

Equality advocates have long dreamed of passing nationwide comprehensive protections for the estimated 13 million LGBTQ people ages 13 and older in the United States. Currently, only 20 states contain explicit protections for LGBTQ people — most of which prohibit discrimination in employment, housing, and public accommodations, but not in other areas.

To that end, the bill would prohibit discrimination based on sexual orientation and gender identity in the areas of employment, housing, credit, education, public accommodations, jury service, and access to federally-funded programs.

In addition, the Equality Act would expand the definition of “public accommodations” under federal law — not only for LGBTQ people, but members of all classes protected by the Civil Rights Act — to include retail establishments, online services, and transportation services.

“In most states in this country, a gay couple can be married on Saturday, post their wedding photos to Instagram on Sunday, and lose their jobs or get kicked out of their apartment on Monday, just because of who they are,” Cicilline said at a press conference announcing the bill’s reintroduction. “This is wrong. Fairness and equality are core American values. We’ve moved closer toward these goals, but the fact is that millions of LGBTQ Americans are still less equal where they live.”

Based on an analysis by the Williams Institute, a think tank at the University of California-Los Angeles that studies LGBTQ-related issue, about half of the nation’s estimate 8.1 LGBTQ workers over the age of 16 live in states that lack comprehensive employment protections, meaning they are potentially vulnerable to harassment or discriminatory actions at the hands of employers or supervisors. Nearly half of the 11 million adults in the country also lack protections in housing, and more than two-thirds live in states where LGBTQ people or same-sex couples can be denied credit.

At a Monday briefing held by the Human Rights Campaign and several other LGBTQ and allied organizations in advance of the bill’s introduction, advocates said they expect the Equality Act to receive hearings in the Democratic-dominated House of Representatives during the months of March and April.

While there are at least five separate committees that would have jurisdiction over the bill, advocates expect it will most likely only receive two public hearings: one before the House Committee on Education & Labor, chaired by U.S. Rep. Bobby Scott (D-Va.) and one before the House Judiciary Committee, chaired by U.S. Rep. Jerrold Nadler (D-N.Y.).

Once the bill receives hearings, advocates hope to begin lobbying additional lawmakers, with the expectation that House Speaker Nancy Pelosi (D-Calif.) will bring the legislation to the floor for a vote sometime from May to July.

If the Equality Act is voted on in late June, passage in the House could potentially coincide with the 50th anniversary of the Stonewall Riots that have been credited with sparking the modern-day LGBTQ rights movement. It would also coincide with the sixth and fourth anniversaries, respectively, of two prominent LGBTQ U.S. Supreme Court’s decisions: U.S. v. Windsor, which overturned part of the Defense of Marriage Act prohibiting federal recognition of same-sex marriages; and Obergefell v. Hodges, which legalized marriage equality nationwide by striking down all remaining bans on same-sex unions.

The bill’s fate in the Senate seems less clear, given that Senate Majority Leader Mitch McConnell (R-Ky.) has historically blocked bills that expand protections for sexual and gender minorities. But advocates have focused their efforts on getting the bill passed in the House, which would immediately put senators — particularly those in swing states up for re-election in 2020 — on record, and might even be used by Democratic presidential candidates to contrast themselves with and criticize President Trump when it comes to his record on LGBTQ rights.

“I think it’s absolutely crucial for presidential candidates of any political party to stand for the Equality Act and to stand for comprehensive nondiscrimination protections for LGBTQ people,” Laura Durso, the vice president of the LGBT Research & Communications Project at the Center for American Progress, a liberal-leaning think tank, told Metro Weekly in an interview. “I think we are well past the idea that the LGBTQ agenda is just about marriage equality, or is even just about employment nondiscrimination. So I think the 2020 candidates have an opportunity to demonstrate that they stand for civil rights, and that LGBTQ rights are not a niche issue; they are part of the progressive agenda, part of a civil rights agenda.”

Durso admitted that while the receiving a vote in the Senate will be difficult, she believes it is important for constituents to engage their senators and impress upon them the importance of passing the Equality Act.

“I think it’s going to be a process, because the Senate tends to take that long time to consider what the legislation is all about, and so I’m glad we have the process in the House to do our jobs and demonstrate why this legislation is so necessary, so that not only are the American people listening to that story, but the Senate is listening as well.”

She promised that the Center for American Progress would do its part to demonstrate the need for the bill, pointing to statistics from 2016 showing that 1 in 4 LGBTQ people said they had experienced a direct form of discrimination in the past year.

“We know that discrimination impacts people’s health and wellbeing, their spiritual lives, their families, and so we’ll be pushing out a number of research findings that demonstrate the need for the bill, and sharing stories of folks we know as well, like Krista and Jami Contreras of Michigan, whose six-day-old baby was turned away by a pediatrician who said she prayed on working with them as patients, and she simply couldn’t do it,” said Durso. “So we want to make sure that the American people understand that that’s the lived reality of LGBTQ nationwide, and the Equality Act is one of the solutions to that problem.” 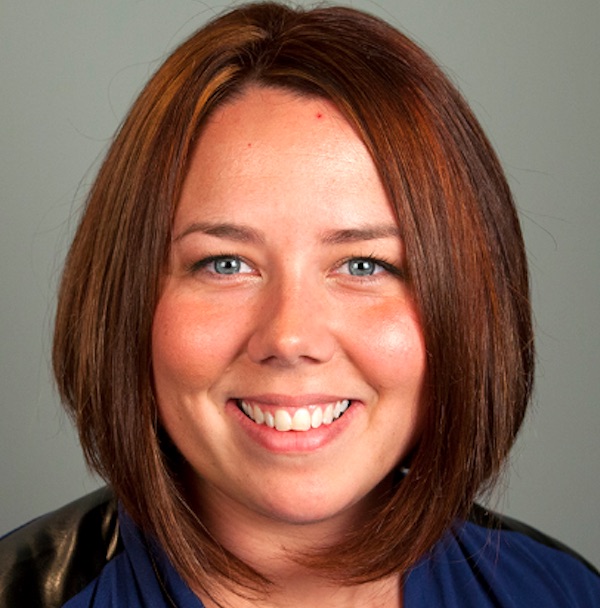 The U.S. Supreme Court is currently deciding whether to hear appeals of those rulings. If the high court does take up either of the cases, it likely indicates that the court is interested in reversing such findings, further underscoring the need for Congress to push back by approving explicit LGBTQ protections.

“LGBTQ people have been filing, and winning, lawsuits under current civil rights law, for a good long time,” James Esseks, the director of the American Civil Liberties Union’s LGBT and HIV Project, said at the Monday briefing. “LGBTQ people have been bringing lawsuits saying it is a form of sex discrimination when an employer fires somebody because they are transgender or the person is gay or lesbian, and increasingly courts and federal agencies have been agreeing with that.”

But, Esseks warned, even if LGBTQ people are successful in such legal fights, there will still be a need to pass the Equality Act. 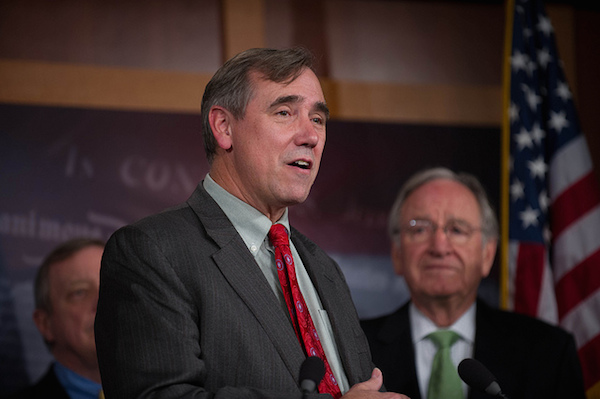 To bolster advocates’ contention that the business community is supportive of the Equality Act, the Human Rights Campaign has successfully convinced 161 major corporations to join its Business Coalition for the Equality Act. All participating companies signed on to a letter announcing their support for the legislation, with many pointing to the economic benefits that they have accrued by adopting LGBTQ-inclusive workplace policies.

Regarding concerns about religious liberty, the Equality Act contains the same religious exemptions that currently exist in Title VII of the Civil Rights Act. That means that religious employers, such as churches, educational institutions or societies affiliated with certain religions, cannot be forced to hire someone if doing so would violate or run counter to their religious beliefs on human sexuality or marriage — provided that adherence to those beliefs is a “bona fide occupational qualification reasonably necessary to the normal operation of that particular business or enterprise.”

So, for example, a teacher at a religious school could be expected to abide by certain religious or moral standards, due to their interaction with students, versus a janitor at the school, whose qualifications are unrelated to whether they affirm certain religious teachings.

According to research by the Public Religion Research Institute, 69%, or nearly 7 out of every 10, Americans claim to support laws that would protect LGBTQ people from discrimination in the job market, public accommodations, and housing. Majorities of residents in all 50 states are in favor of such legislation, with levels of support ranging from a high of 81% in New Hampshire to a low of 56% in Arkansas.

Support is particularly strong among younger Americans, with 76% of people ages 18-29 expressing support for legislation similar to the Equality Act, compared to 59% of seniors, defined as those age 65 and older. Support is also strong among all political affiliations, with 79% of Democrats, 70% of independents, and 56% of Republicans supporting some form of nondiscrimination protections.

Several LGBTQ rights groups have enthusiastically expressed their support for the bill.

“The harsh reality is that LGBTQ Americans still face real and persistent discrimination in their everyday lives,” HRC President Chad Griffin said in a statement. “The new pro-equality majority in Congress has the chance to finally ensure LGBTQ people’s rights are not determined by what side of a city or state line they live on. With the unprecedented backing of 70 percent of Americans, more than 280 members of Congress, 165 leading businesses and 288 organizations from across the country, now is the time to pass the bipartisan Equality Act.”

“As Americans, we believe that discrimination is wrong and that all of us deserve to be treated equally under the law,” Rebecca Isaacs, the executive director of Equality Federation, said. “There should be a level playing field in every state and for that reason, signing this legislation into law is of critical importance to the LGBTQ community and to our country as a whole.”

“As I travel across the country for work or to visit family, I shouldn’t feel that my civil rights are in jeopardy based on what zip code I happen to be in,” added Ian Palmquist, Equality Federation’s senior director of programs. “All Americans should have the freedom to hold a job, rent an apartment, or go out to dinner knowing they are protected from discrimination.”

“With the reintroduction of this bipartisan legislation, equality is on the horizon,” Lambda Legal Interim CEO Richard Burns said in a statement. “Still, we must continue to defend our hard-won civil rights from almost daily attacks in our courts as well. … This bill is a belt and suspenders that ensures these protections reach every member of our community nationally.

“Together, we can ensure everyone — workers and employers; patients and health care providers; customers and business owners — understands that LGBT Americans and their families deserve to be treated fairly regardless of sexual orientation or gender identity.”