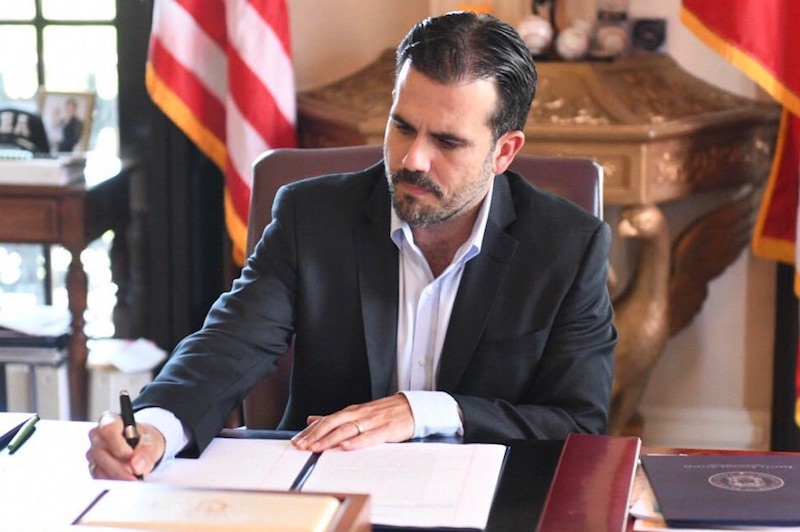 The governor of Puerto Rico has signed an executive order banning the practice of conversion therapy on youth.

Gov. Ricardo Roselló signed the order on Wednesday in response to inaction by the island’s House of Representatives, which refused to vote on a bill that would have banned licensed therapists from subjecting minors to therapies that attempt to change their sexual orientation or gender identity.

The bill, which passed the Senate earlier this month, would have also barred religious institutions that receive state funding from engaging in the practice, reports The New York Times.

In a Facebook post, Roselló celebrated his signing the order into law, writing: “Today we sign an executive order that prohibits conversion or reparative therapy to change the sexual orientation or gender identity of minors. These therapies lack scientific foundation and furthermore cause unnecessary harm and suffering to LGBT people.”

Roselló’s action takes effect immediately. It requires the Secretary of Health, the Administrator of the Mental Health and Addiction Services Administration, and the Secretary of Economic Development and Trade to issue regulations within 90 days restricting licensed health care facilities and workers from engaging in conversion therapy.

“The dangerous and debunked practice of so-called ‘conversion therapy’ not only doesn’t work — it can have life-threatening consequences, Xavier Persad, senior legislative counsel for HRC, said in a statement. “This is why it has been condemned by every major medical association in our country. Puerto Rico now joins 15 other states and the District of Columbia in protecting LGBTQ minors from this despicable practice and sending a message that these youth should be affirmed and embraced.”

The Trevor Project, which has been engaged in a campaign to ban conversion therapy on minors in the United States, also praised Roselló’s executive order.

“We are grateful for Gov. Ricardo A. Rosselló for taking decisive action to protect LGBTQ youth from conversion therapy,” said Sam Brinton,  head of advocacy and government affairs for The Trevor Project. “LGBTQ youth in crisis reach out to us every day, including young people from Puerto Rico, and this action will undoubtedly save young LGBTQ lives.”

John Riley is the local news reporter for Metro Weekly. He can be reached at jriley@metroweekly.com
← Previous Story Google finally deletes conversion therapy app after protest from LGBTQ activists
Next Story → Anti-transgender creator of ‘Minecraft’ removed from game