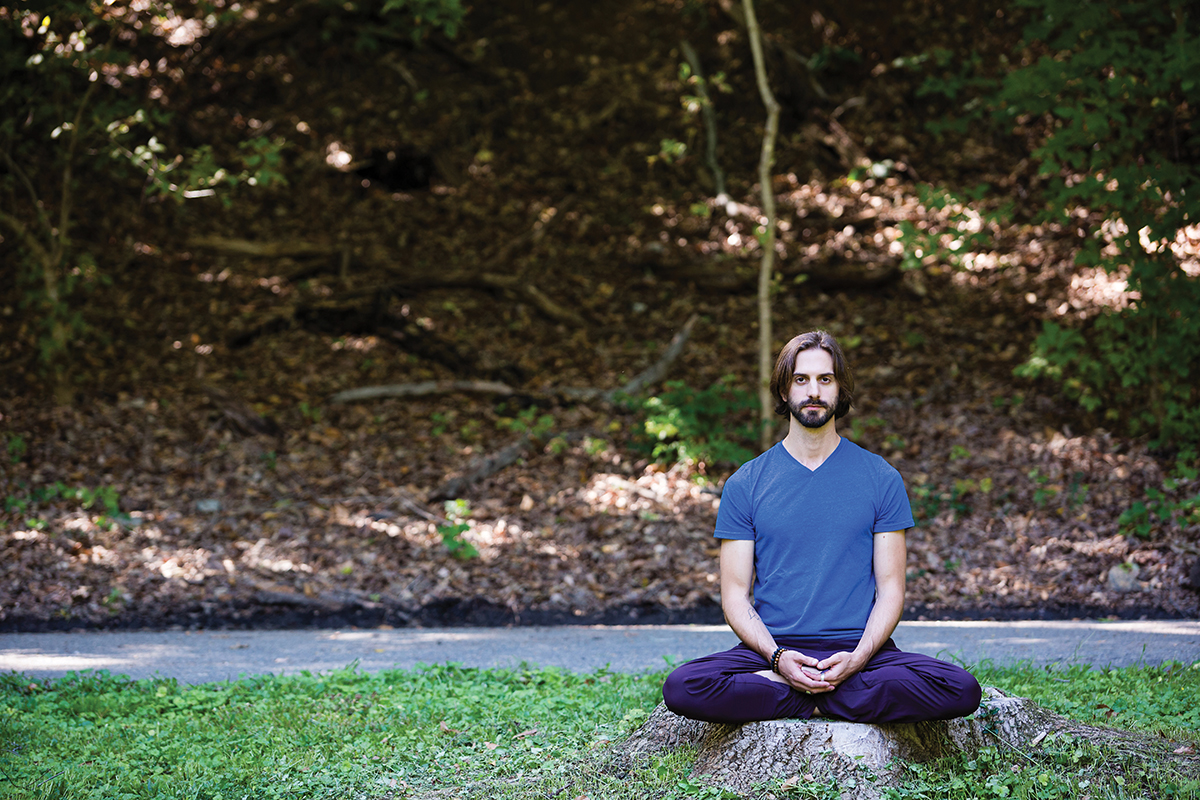 Luke Frazier’s inspiration for his latest project came about because of his love of yoga.

“I practice yoga regularly, usually two or three times a week,” says the founder and musical director for the American Pops Orchestra. “I realized that, with most of the classes I was going to, there would just be a musical recording, and it was largely what I can best describe as ‘elevator’ or ‘massage’ music — sort of haphazard and never carefully crafted for the practice. And so, having my own orchestra, I thought, ‘What if we commissioned new arrangements of music specifically for a yoga practice?'”

The event, known as “Music and Mindfulness,” brings together a small group of musicians from the Pops, who create a recording of what the arrangement would sound like live. Then, Michael Peterson, the yoga teacher, devises an entire sequence of exercises and positions based on the music. The musical arrangement varies with each class, of which there are three during the course of a season.

Peterson says that the coordinated yoga practices and performances have been well received by participants and create a unique experience for students, as well as making it easier for them to focus and be in the moment.

“I think there’s something more alive when the music is played live instead of recorded,” says Peterson. “The vibrations are being created right there, and you feel it in a different way. There’s something beautiful about the students, orchestra and me, that we all work together to create this momentary experience.”

“I think there are people who come to yoga for many different regions. I think some people just want a different fitness alternative,” adds Frazier. “But for me, and a large amount of people, it’s a time to slow down, and get into your body, get into your breath.”

“The point is not to sweat and get a workout — the point is to slow down and relax,” adds Peterson. “It’s more of an all-levels class.”

“D.C. is such a cerebral place, and so many people are going a thousand miles a minute and dealing with so many heavy topics all the time, and it’s easy to not be in the moment, to be on your phone or on social media,” says Frazier. “Yoga is popular because it’s a time when you have to shut it off…. It’s a great time to recharge when a lot of us have depleted batteries all the time.”

John Riley is the local news reporter for Metro Weekly. He can be reached at jriley@metroweekly.com
← Previous Story National Cherry Blossom Festival 2019: Your Guide to the Best Events
Next Story → Gay Day at the Zoo 2019: Pandas and unicorns and cocktails, oh my!