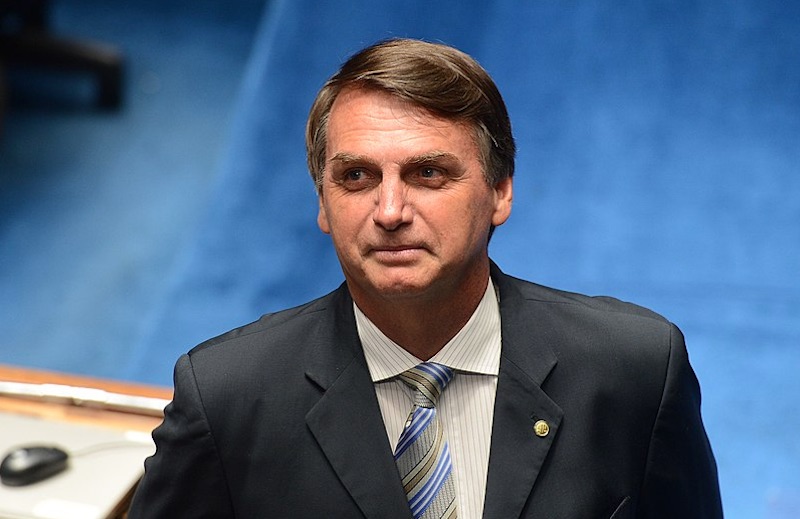 Jair Bolsonaro, the right-wing populist and anti-gay president of Brazil, says he does not want his country to become a gay tourism mecca.

“If you want to come here and have sex with a woman, go for your life,” the Brazilian magazine Exame quotes Bolsonaro as saying during a breakfast meeting with reporters. “But we can’t let this place become known as a gay tourism paradise. Brazil can’t be a country of the gay world, of gay tourism. We have families.”

But some worry that Bolsonaro’s comments — not to mention his hostility to LGBTQ people — could cause some tourists to boycott the country or go elsewhere.

“Bolsonaro’s homophobic remarks will have social and economic repercussions for Brazil,” John Tanzella, president of the International LGBTQ+ Travel Association, told Reuters. “His hate speech not only deters LGBTQ+ travelers, but also their allies around the world.”

“This is not a head of state — this is a national disgrace,” David Miranda, a Brazilian socialist congressman and activist, told the British newspaper The Guardian.

Miranda said Bolsonaro’s comments could endanger members of Brazil’s LGBT community by “putting a target on their backs” and were promoting the sexual exploitation of Brazilian women.

“He is staining the image of our country in every imaginable way,” Miranda added.

“With this unhappy declaration and this unhappy gesture against the LGBT community, Bolsonaro is simply being Bolsonaro,” Wyllys said in a video posted to Twitter.

Bolsonaro, a former army captain, has made no secret of his disdain for the LGBTQ community throughout the years, and even when he was campaigning for the presidency.

He came under fire earlier this year for tweeting out a sexually explicit video that some believe was an attempt to smear members of the LGBTQ community as degenerates. He said that he’d prefer his son to die in an accident or be a drug addict than be gay.

Bolsonaro has previously threatened to hit gay men if he saw them kissing, claimed that the presence of gays drives down property values, and suggested that parents beat sons who act effeminately.

He opposes same-sex adoption, accusing LGBTQ people of wanting to recruit children for sex and insisting that gay parents sexually abuse their children. Upon taking office, he issued an executive order barring the country’s human rights ministry from acknowledging, taking into account, or seeking to solve any concerns about LGBTQ equality.