Gina Chavez touches on faith, religion, sexuality and love in her folk-pop songs 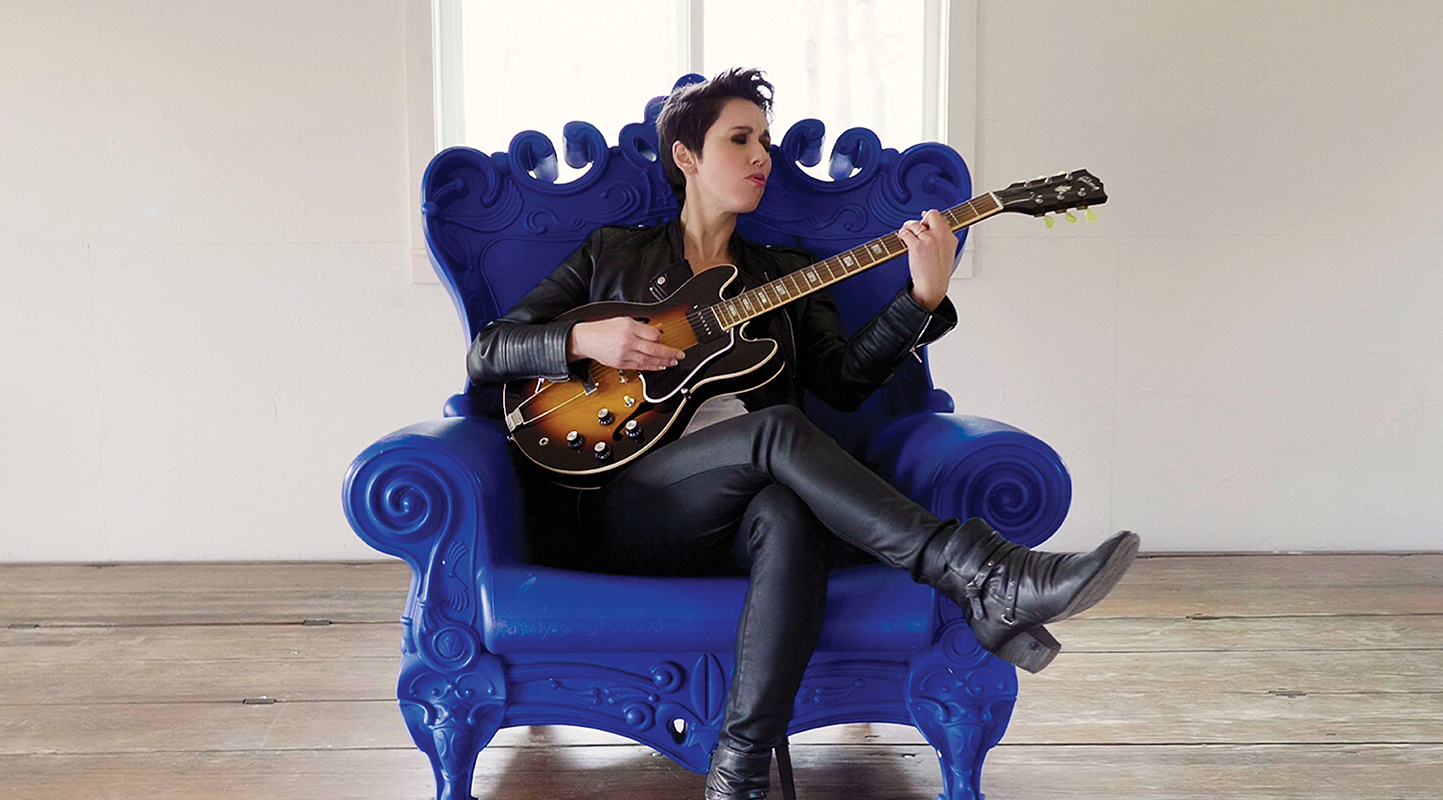 You might call singer-songwriter Gina Chavez a missionary for intersectionality. “I like to talk to audiences and tell them where this music is coming from, and tell them about my story,” she says. “I want people in the audience to know you don’t always have to fit into a box. People hear I’m a practicing Catholic and married lesbian: ‘Well how does that work?'”

Chavez met her wife 12 years ago at the University Catholic Center at the University of Texas at Austin. The two tied the knot in 2017. “I feel really fortunate that we are able to make that work,” she says. “I think a lot of people in the LGBTQIA community feel like they can’t explore their faith or be Christian or whatever. So part of me getting on stage is just sharing my story in hopes that others feel comfortable to share their own, too. And really live out who they are instead of trying to fit some mold.”

The Catholic Church hasn’t made things easy with its anti-LGBTQ stances, but that doesn’t dissuade Chavez. “I think if you want to be a change in your community, you have to still be in the community,” she says. “We’re both baptized Christians and have as much claim to the church as Pope Francis does. People might think, ‘Oh, you can’t be a member of this community if you do X, Y and Z,’ and it’s just not true.”

Chavez, who describes herself as “half-Mexican, half-Swiss German, and fully Texan,” touches on issues related to her faith, religion, and love in her folk-pop songs, which she performs live accompanied by a five-piece band of fellow Austin-based musicians. “We definitely like to take audiences on a journey. I sing in English and Spanish, and we do everything from introspective indie band, to a Latin dance band.”

The musician has been particularly pleased with the reception she’s gotten while “in places that are a little off-the-beaten path,” or “that don’t necessarily get a wide variety of music styles or different types of people on stage.” Recently in “super tiny” Scottsbluff, Nebraska, for example, she heard: “‘Thank you for having the courage to get up there and speak about something that we don’t ever talk about.’ Her key takeaway: “There’s a hunger for more of that.”

She adds, “Our whole world is a beautiful, gray mess. It’s not black and white. Nothing is. There’s always another way to look at things.”

Check for discount tickets to see Gina Chavez at Strathmore

Chavez also performs an all-ages, kid-centric concert and dance party at 1 p.m. that day at Amp. Tickets are $10 to $12.

Doug Rule covers the arts, theater, music, food, nightlife and culture as contributing editor for Metro Weekly.
← Previous Story Kennedy Center’s ‘Triptych’ is an evening dedicated to the artistry of Robert Mapplethorpe
Next Story → Dance music diva CeCe Peniston is taking care of business with her own label and a new beat