After video of a nine-year-old in drag went viral, lawmakers want to "make sure this activity does not occur again" 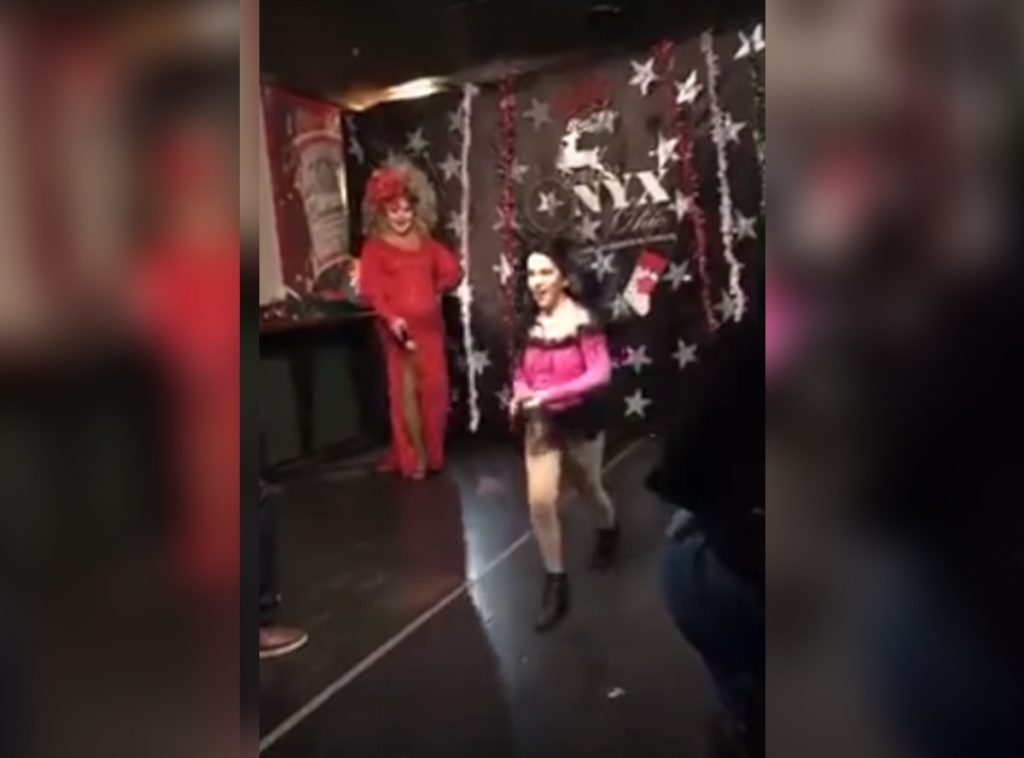 An Ohio Republican is seeking to change the state’s child exploitation laws after a video of a nine-year-old boy performing in drag went viral.

Measley is seen dancing, death-dropping, and taking tips from the bar’s customers during the routine.

The video was seized upon by a number of right-wing and conservative Christian blogs, which eventually led to Schaffer’s response.

Under his proposed bill, any establishment that allows such a performance to take place would see its liquor license revoked.

The law as it currently stands punishes misdemeanor child endangerment with a $1,000 fine and up to six months in prison. That can rise to felony charges for repeat offenses, or if the child suffers harm.

“Given our heightened focus on human trafficking and the role money plays in trafficking children, I knew I had to take action to make sure this activity does not occur again,” Schaffer said in a statement. “We can do better to protect innocent children and we must do better.”

But Measley’s mother, Jerri Measley, said that her son’s performance had been “grossly warped.”

She told the Toledo Blade that the family closely monitors her son’s performances — including the music selection, vetoing or censoring sexual language — and checks the venues where he performs to ensure his safety.

“Jacob is just a guy who likes to dress up and dance and feel pretty,” she said. “It’s kind of like Halloween every time he has the opportunity to do it.”

Measley added that while she understands objections to her son performing in a bar, around adults and alcohol, she said there are limited other opportunities for an LGBTQ child who wants to express themselves through drag.

“Where else is there right now for children who identify as being in the LGBT community to explore that interest? There’s not,” she told the Blade.

She told the Blade: “I don’t see how this is not very closely related to that issue — that concept of a rape culture where we’re normalizing this type of activity.”

However, Jerri Measley said that her son’s performance is being unfairly targeted, given that young musicians also perform in bars late at night.

“The difference is a lack of wig and heels,” she said.

In a Facebook post earlier this year, Lancaster Mayor David Scheffler countered some of the claims circulating online about the performance.

It came after a fake Facebook page purporting to be the “City of Lancaster” spread a falsified depiction of the events surrounding Measley’s performance.

“Per the video circulated, the minor was fully clothed and was not touched by anyone in the audience,” Scheffler wrote. “His parents were in attendance.”

Scheffler noted that Lancaster police investigated the performance after complaints were made, “but could determine no violations of city ordinances or state laws.”

However, Scheffler noted that the owners of JD Henderson’s “did not approve of or condone this activity,” and that they “condemned the show and banned this troupe of performers from returning to the establishment.”

Scheffler also said that “serious threats of violence” were made following the circulation of the video.