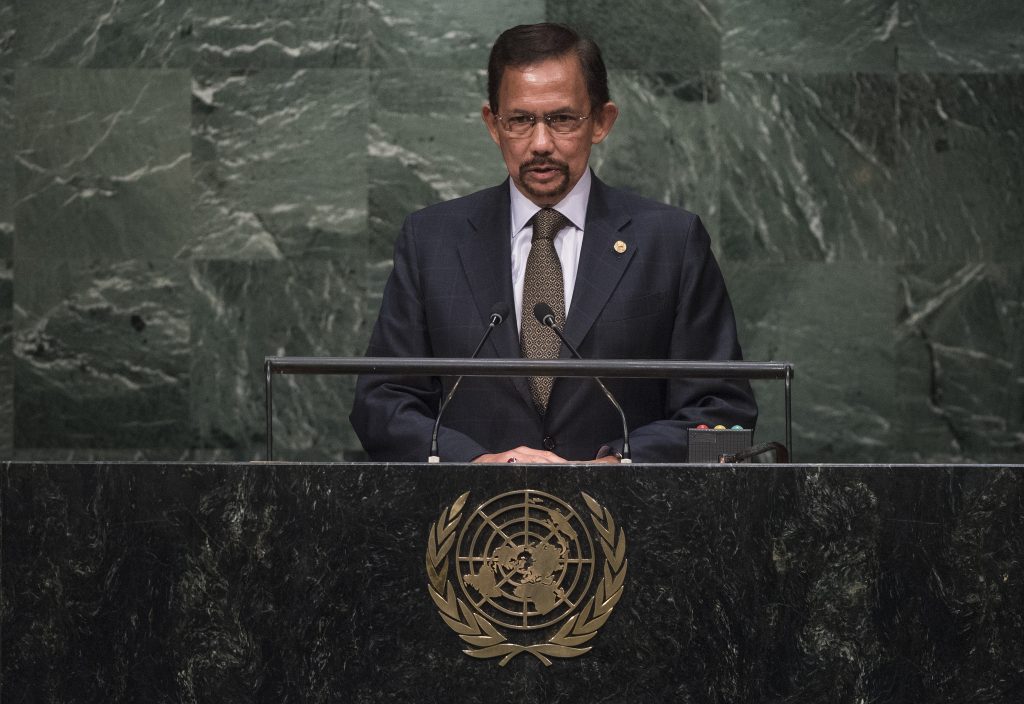 The University of Aberdeen has revoked an honorary degree it bestowed on the Sultan of Brunei in 1995 after the Southeast Asian ruler’s country passed a law punishing gay sex with stoning to death, reports BBC.

Brunei, a nation state on the island of Borneo, recently implemented a penal code based on Sharia law, under which penalties are handed out for crimes that violate religious edicts. Part of that includes punishments for those convicted of homosexuality.

While homosexuality was already illegal in Brunei and punishable by up to 10 years in prison, the new penal code is seen by many as barbaric and extreme, as it recommends harsher penalties for any number of offenses, including amputation for thievery, public flogging for women who have abortions, and the death penalty for adultery, sodomy, or defaming the prophet Muhammad.

Shortly after the new penal code took effect on April 3, authorities within the country, particularly its longtime ruler, Sultan Hassanal Bolkiah, were roundly criticized for allowing the law to take effect. Celebrities and human rights advocates alike proposed a boycott of several luxury hotels owned by the sultan as a way to register their protest with the new law.

Following the new penal code’s implementation, the University of Aberdeen announced it was considering rescinding the sultan’s 1995 honorary degree, and eventually revoked it.

“There has been an international controversy since the Sultan of Brunei, in his role as Head of State, introduced severely punitive anti-LGBT laws,” University of Aberdeen Principal George Boyne said in a statement. “The honorary degree has been revoked following a vote by Senate, our academic body, which approved a recommendation from our Honorary Degrees Committee.

“While it is deeply regrettable to be in this position, which is unprecedented for the University of Aberdeen, I fully support the decision,” Boyne added. “The University of Aberdeen is proud of our foundational purpose of being open to all and dedicated to the pursuit of truth in the service of others. The introduction by the Sultan of the new Penal Code is contrary to our strong commitment to the value of diversity and inclusion.”

Boyne said the sultan was initially awarded the honorary degree following the establishment of a successful exchange program with the Scottish university’s counterpart in Brunei.

While the vote to revoke the award was not unanimous, Boyne said, an overwhelming majority of the university Senate supported the move.

University of Aberdeen rector Maggie Chapman, co-convenor of the Scottish Green Party, was among those who supported revoking the honorary degree. Following the university’s actions, she tweeted: “Delighted that @aberdeenuni has rescinded the Sultan of Brunei’s Honorary Degree. No place for homophobia. No place for bigotry.”

See also: Buttigieg responds to Pence: My problem is when your “religious beliefs are used as an excuse to harm other people”