Upstate New York town must pay $25,000 to gay couple for refusing them a marriage license 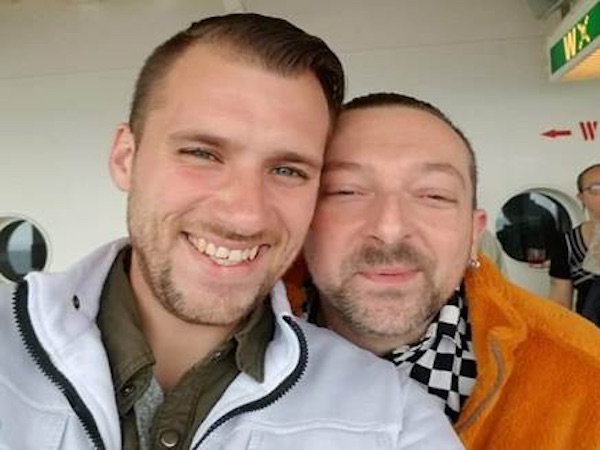 An upstate New York town has agreed to pay $25,000 to a gay couple who were denied marriage licenses by the town clerk.

The clerk, who denied their license due to her personal religious beliefs, was also required to apologize to the couple.

After they applied for a marriage license, Laurel “Sherrie” Eriksen refused to process their request, claiming she could not do so because of her religious beliefs opposing same-sex marriage.

Toften and Hurd sued, alleging that the denial of their license violated New York’s Marriage Equality Act, as well as federal and state civil rights laws.

The couple subsequently obtained a license in the nearby town of Cobleskill and were eventually married.

On Thursday, Lambda Legal, representing Toften and Hurd, reached a settlement with the town of Root.

As part of the settlement, Eriksen has agreed to abide by the town’s official policy, which states that any qualified couples who apply for a marriage license must be granted one, regardless of their sexual orientation.

The settlement also called for the town to pay $25,000 and issue an apology to Toften and Hurd.

“We are pleased to reach this settlement with the Town of Root which reaffirms its duty to treat all couples with the same dignity and respect under the law,” Omar Gonzalez-Pagan, a senior attorney at Lambda Legal, said in a statement. “No government official should be able to refuse to perform their duties because of a constituent’s identity, sex, or sexual orientation.

“The law recognizes the equal dignity of same-sex couples, and so too must every government official,” added Gonzalez-Pagan. “We hope this serves as a reminder to government officials in every town — no matter its size — that marriage equality is the law of the land and that religious beliefs do not grant a license to discriminate.”

At the town Board meeting last Wednesday, Eriksen read aloud the public apology she issued to Toften and Hurd.

“In my capacity as town clerk, it is my responsibility to provide marriage licenses to all couples, regardless of sex or sexual orientation, so long as they meet all applicable New York State legal requirements,” she said. “As such, my office, and I personally, will issue marriage licenses to any couple, without exception, who is legally entitled to be issued one. On July 30th of last year, there was an unfortunate incident involving Mr. Thomas Hurd and Mr. Dylan Toften who came to my office seeking a marriage license. I am sorry for any harm or inconvenience my actions caused the couple.”

The couple celebrated their victory, saying they feel “vindicated and grateful” that the town will respect their family and all other same-sex couples going forward.

“We are happy the state of New York supports our marriage and that we were able to not allow this one town clerk in our town to get away with violating the law and discriminating against LGBT families,” Toften said in a statement.