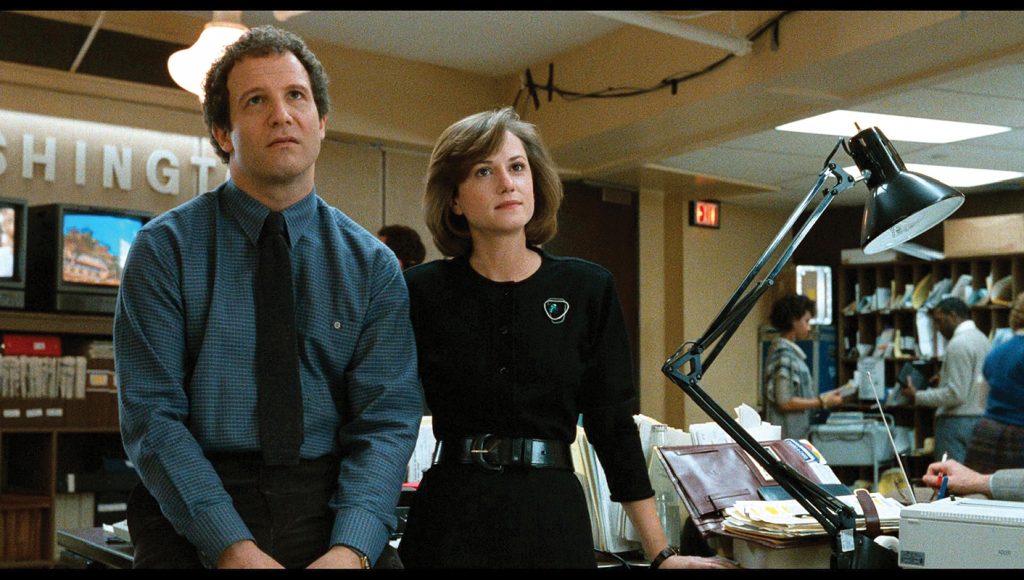 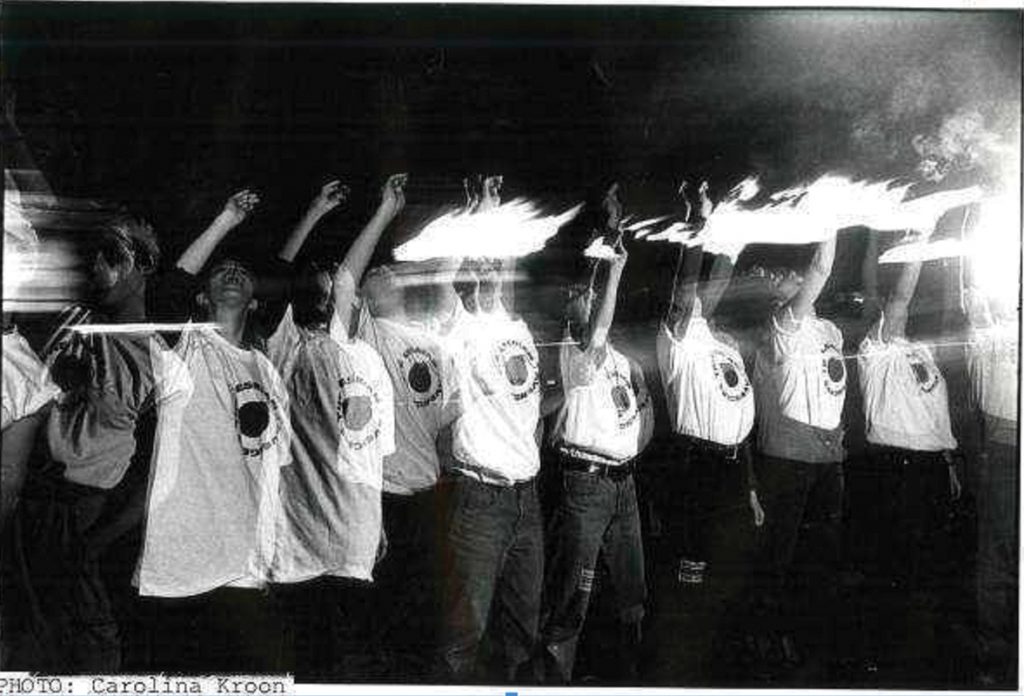 The Lesbian Avengers rose to national prominence essentially overnight by virtue of staging the very first Dyke March on the eve of the 1993 March on Washington for Lesbian, Gay, and Bi Equal Rights and Liberation. Later that same year came a kind of time capsule of the activist group, its heyday, and its Dyke March legacy via an hour-long documentary featuring interviews with leading Avengers as edited by Su Friedrich and Janet Baus. The movie screens in the Black Cat’s regular free, inclusive series focused on the representation of queer women in film. Sunday, June 2, at 8 p.m. Black Cat, 1811 14th St. NW. Free. Call 202-667-4490 or visit www.blackcatdc.com. 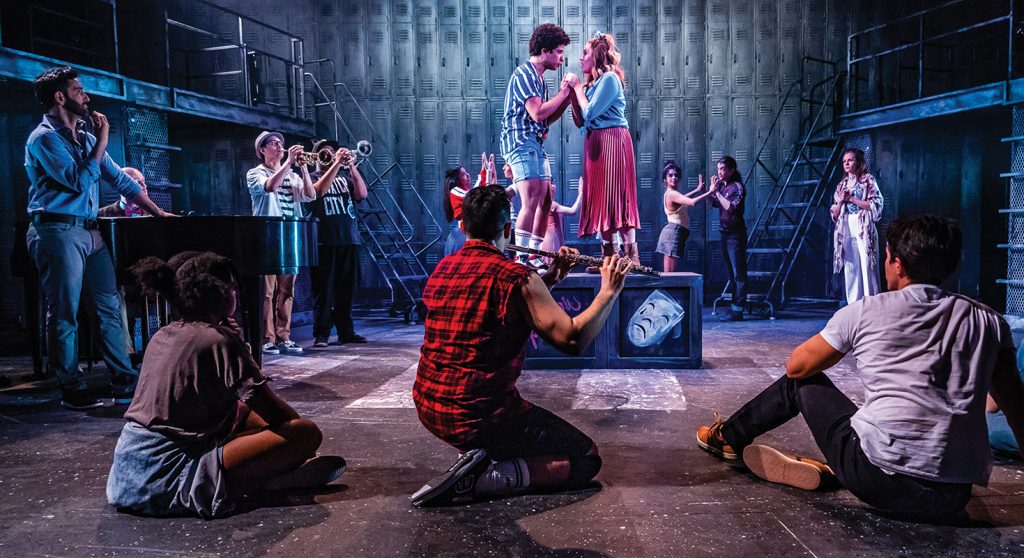 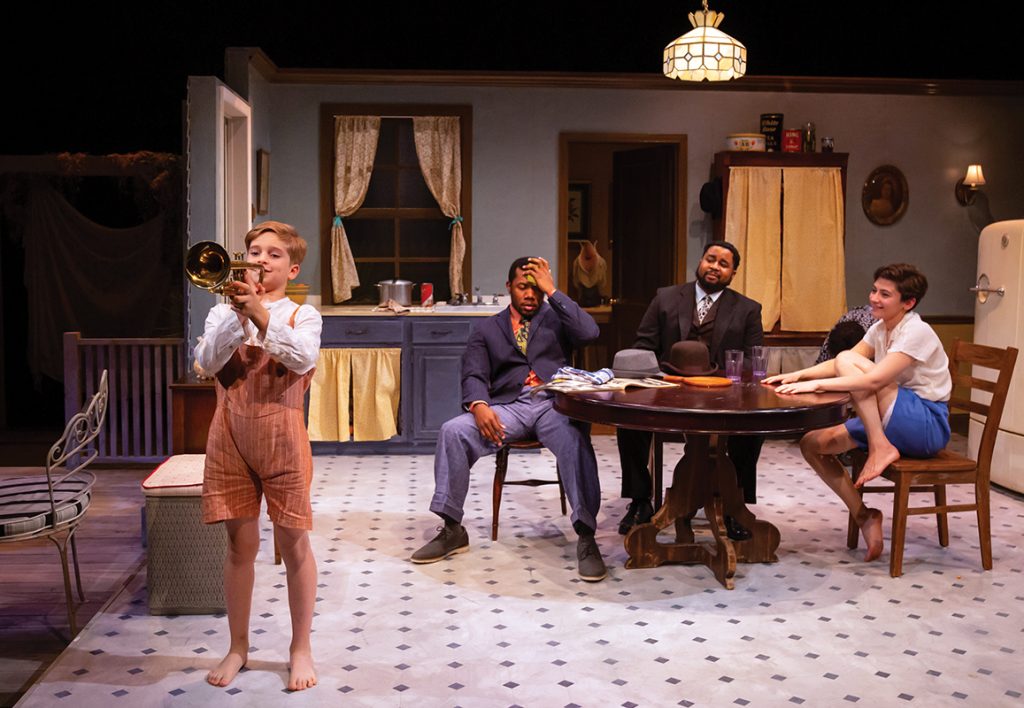 The Member of the Wedding — Photo: Teresa Castracane

THE MEMBER OF THE WEDDING

An evocative, poetic coming-of-age drama adapted from the novel of the same name, Carson McCullers’ play is set in rural Georgia during the summer of 1945. The Member of the Wedding focuses on the relationship between 12-year-old Frankie Addams and her family’s housekeeper Berenice Sadie Brown, a surrogate mother to Frankie who struggles under the weight of the deeply entrenched racism she endures. Zoe Walpole and Deidra LaWan Starnes star. Cara Gabriel directs. Extended to June 16. At 1st Stage, 1524 Spring Hill Rd. Tysons, Va. Tickets are $15 to $39. Call 703-854-1856 or visit www.1ststage.org.

Antonin Dvořák’s folk-inspired Ninth Symphony — an ode to America — will be performed four different times next week by the National Symphony Orchestra to close out another season under the helm of Gianandrea Noseda. The Czech master’s grand and dramatic work will be showcased by itself first, on Wednesday, June 5, at 8 p.m., as the latest in a series of concerts at the casual and hip new venue The Anthem. Following that comes a three-performance run at the Kennedy Center Concert Hall — Thursday, June 6, at 7 p.m., Saturday, June 8, at 8 p.m., and Sunday, June 9, at 3 p.m. Tickets to The Anthem show are $15 to $30. Tickets to the Kennedy Center performances range from $10 to $89. Call 202-467-4600 or visit www.kennedy-center.org. 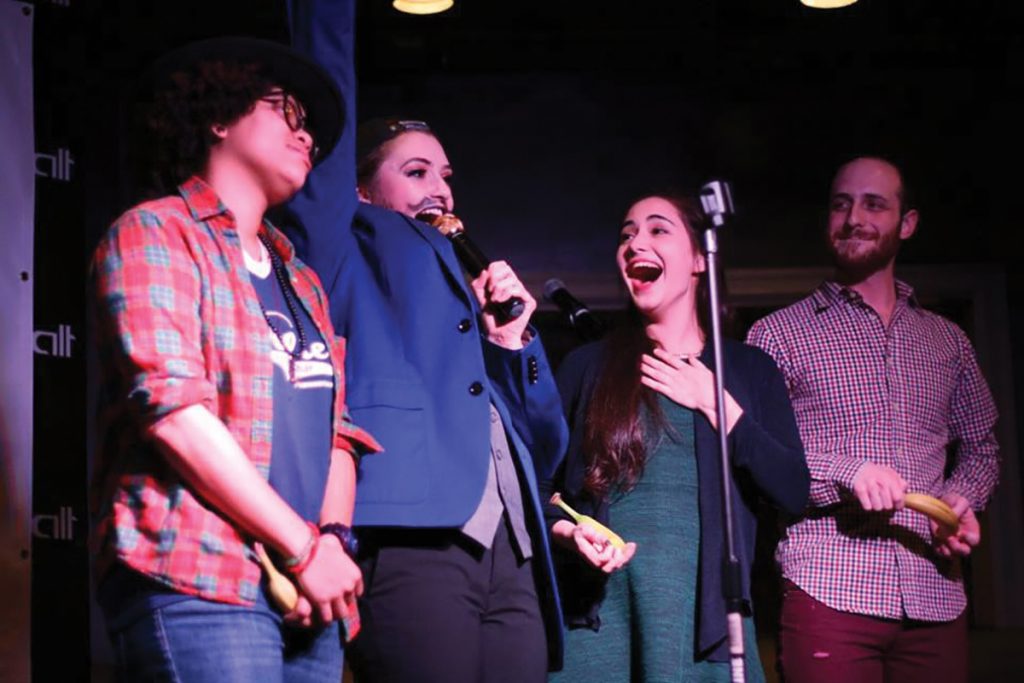 The award-winning, millennial-focused, LGBTQ-run professional theater troupe Monumental presents its fifth annual fundraiser next weekend at Pitchers. Helmed by the company’s Jimmy Mavrikes and Michael Windsor, the cabaret features a variety of local talent, all of whom are encouraged to explore and experiment with performing in a range of genres and styles — from pop to Broadway — with a focus on singing “songs they never get to sing.” The lineup includes Dani Stoller, Rachel Barlaam, Solomon Parker, Christian Montgomery, Nigel Rowe, Kanysha Williams, Kylie Smith, and Jyline Carranza. Saturday, June 1, at 7:30 p.m. 2317 18th St. NW. Tickets are $25 in advance or $30 at the door. Call 202-733-2568 or visit www.monumentaltheate.org. 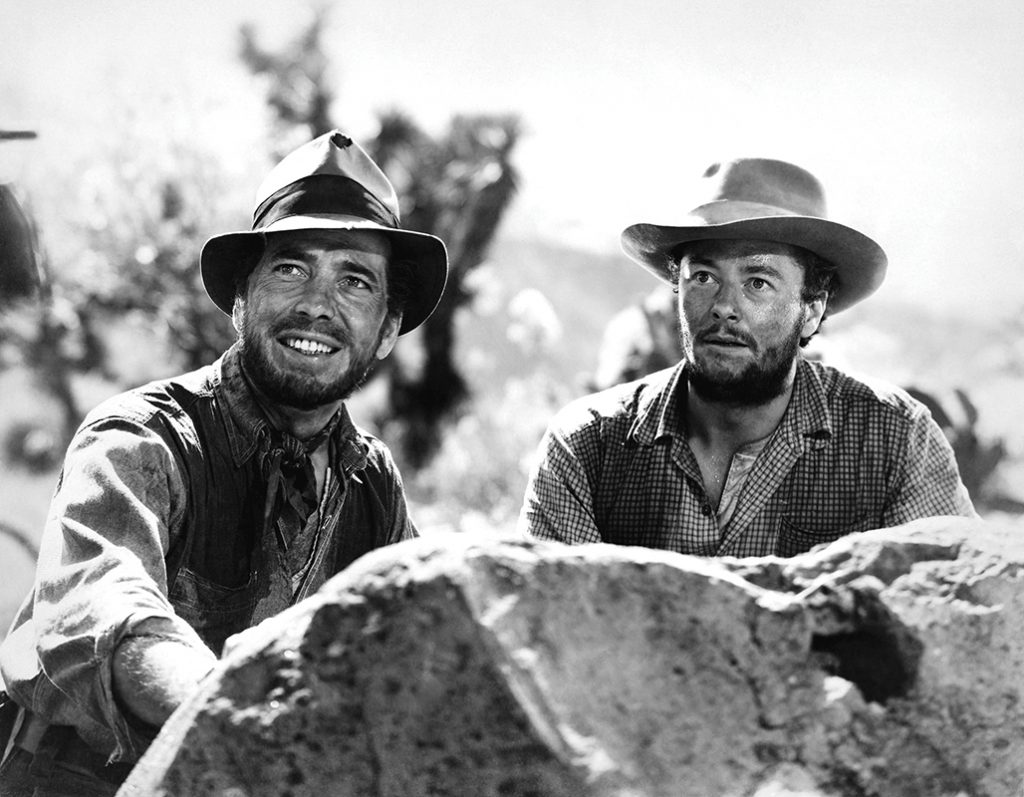 Bogart and Humphrey in The Treasure of the Sierra Madre

THE TREASURE OF THE SIERRA MADRE

A 1948 neo-western drama starring Humphrey Bogart and Tim Holt as two desperate young men prospecting for gold in Mexico that is perhaps most notable for being the only time legendary filmmaker John Huston actually snagged an Oscar for his work — in fact, he won two for the film, as Best Director and Best Adapted Screenplay. (His father, Walter Huston, also earned the Best Supporting Actor Oscar for his portrayal of a veteran prospector who joins the new wanderers.) A faithful adaptation of B. Traven’s same-named novel, The Treasure of the Sierra Madre is next up in the popular Capital Classics series at Landmark’s West End Cinema. Wednesday, June 5, at 1:30, 4:30, and 7:30 p.m. 2301 M St. NW. Happy hour from 4 to 6:30 p.m. Tickets are $12.50. Call 202-534-1907 or visit www.landmarktheatres.com. 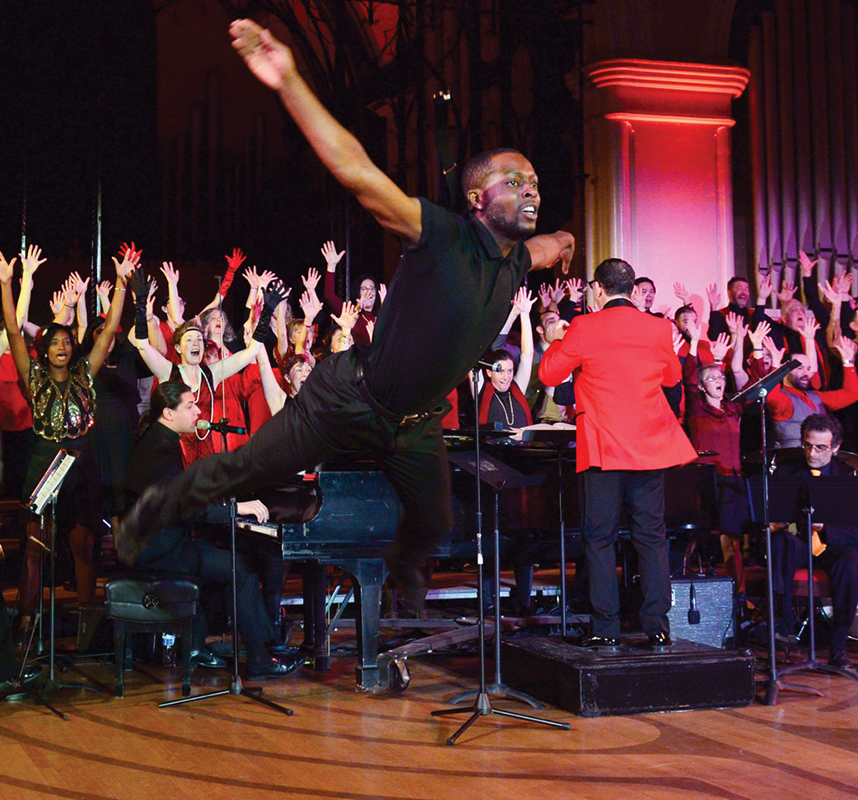 The last concert in the organization’s main 2018-19 season, “Let Justice Roll…from Montgomery to Selma to Birmingham” features groundbreaking musical works shedding light on the nation’s long and painful history of racial inequality and celebrating those who have worked to bring justice, freedom, and hope to their fellow citizens. Poetry by Langston Hughes and Dominick DiOrio and songs by Sweet Honey in the Rock founder Bernice Johnson Reagon and jazz legend Billy Taylor will be featured in the concert. David Simmons, the company’s artistic director, leads the chorus and chamber ensemble in a one-night-only performance, coming a month before the organization embarks on a Civil Rights Concert Tour with stops in Georgia and Alabama. The highlight of the evening is William Grant Still’s “And They Lynched Him On A Tree.” “It’s a piece originally scored for a black chorus and white chorus,” says Simmons. “We decided to have our entire chorus sing all the roles. The role of the white lynch mob, the role of the African American chorus that discovers the young man’s body. Then the choruses come together at the end just to lament what happened, and try to work past and heal the wounds, and create understanding and change moving forward. It’s probably been the most difficult piece we’ve ever done.” Saturday, June 1, at 7:30 p.m. National City Christian Church, 5 Thomas Circle NW. Tickets are $28 to $35. Call 202-347-2635 or visit www.congressionalchorus.org. 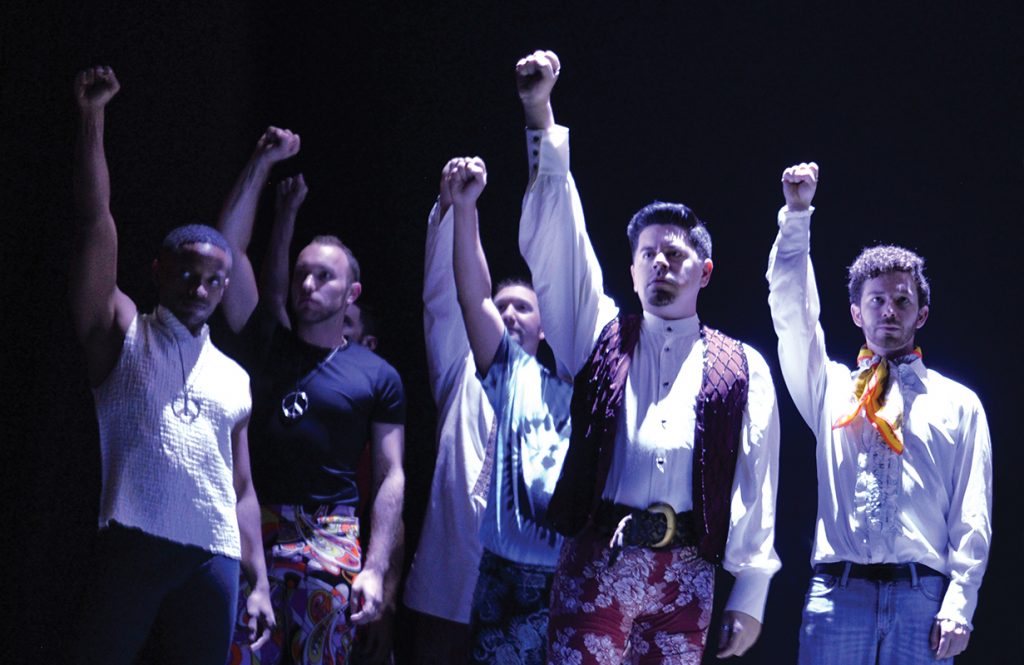 The final program of the season kicks off pride month through a celebration of the LGBTQ movement and a focus on music and messages of pride — including the organization’s usual musical hodgepodge of touching, funny, and/or poignant songs drawn largely from showtunes, R&B, and pop. Yet the Stonewall 50 program launches with the world premiere of a one-act musical Quiet No More: A Choral Celebration of Stonewall. Commissioned by GALA Choruses and said to be the largest collaboration in the history of LGBTQ choruses, the eight-work movement incorporates classical elements with those from musical theater, jazz, and pop, and features the voices of six diverse LGBTQ artists: composer Michael Shaieb (Through a Glass Darkly), classical pianist and producer Our Lady J, composer Julian Hornik (Giovanni’s Room), jazz singer/actress Ann Hampton Callaway, Tony-nominated actor Michael McElroy, and GALA Choruses Artistic Director Jane Ramseyer Miller. “About 20 of us got together about two years ago and said, ‘Hey, we got [Stonewall 50] coming up. Let’s pull our resources,'” says GMCW Artistic Director Thea Kano. “We created this show that has an arc…. As the movements of this work go by, it depicts the actual Stonewall uprising. Right before we go to intermission, there is a piece called, Speak Out, and it is just big and celebratory. ‘Speak out for who you are, never again be silenced.’ And that is the lyric that loops around. And that’s the message, because, of course, we know that silence equals death.” Saturday, June 1, at 8 p.m., and Sunday, June 2, at 3 p.m. Lincoln Theatre, 1215 U St. NW. Tickets are $25 to $65. Call 202-888-0050 or visit www.thelincolndc.com. 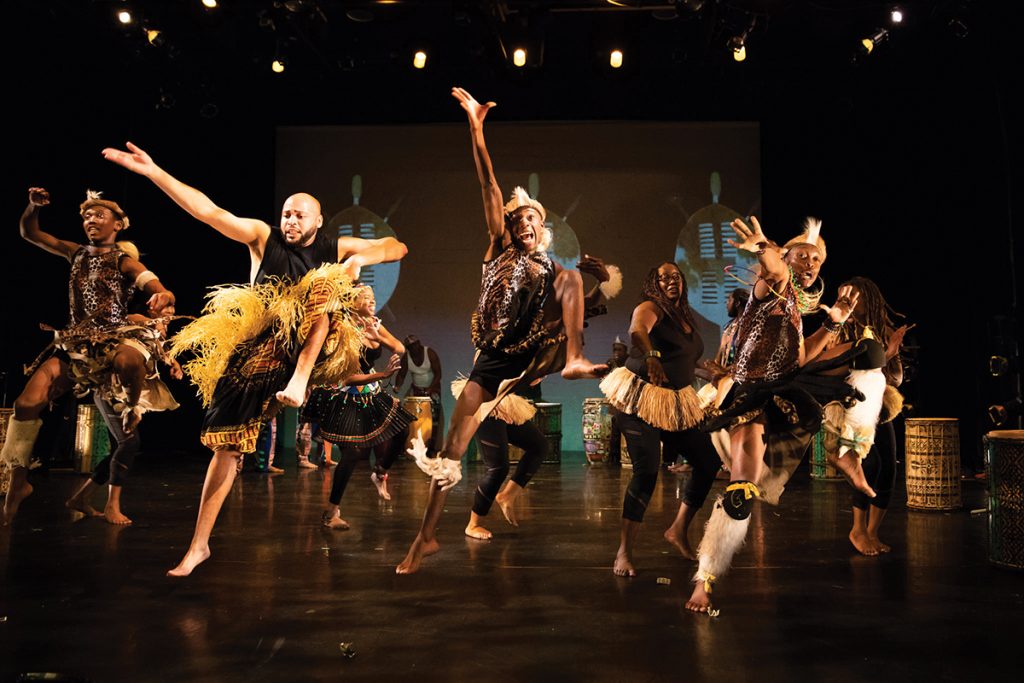