And received a standing ovation for his efforts.

Democratic presidential hopeful Mayor Pete Buttigieg may have come under fire from progressives for choosing to appear in a Fox News town hall, but he didn’t squander the opportunity.

After fellow candidate Sen. Elizabeth Warren refused to appear in her own town hall — calling Fox News a “hate-for-profit” racket that she had no interest in helping promote — Buttigieg directly addressed criticisms of both Fox News and his appearance by slamming some of the network’s controversial hosts on Sunday night.

Noting that he agreed with many of Warren’s criticisms — which included calling Fox News a “megaphone to racists and conspiracists” — Buttigieg said it was still important to reach out to voters who might not consume other media.

“A lot of folks in my party were critical of me for even doing this with Fox News,” Buttigieg said. “I get where that’s coming from, especially when you see what goes on with some opinion hosts on this network. I mean, when you’ve got Tucker Carlson saying that immigrants make America dirty. When you’ve got Laura Ingraham comparing detention centers with children in cages to summer camps.”

He continued: “There is a reason why anybody has to swallow hard and think twice before participating in this media ecosystem. But I also believe that even though some of those hosts are not always there in good faith, I think a lot of people tune into this network who do it in good faith.”

It was a ballsy move, and one that seemed to pay off, as Buttigieg was given a standing ovation at the end of his town hall.

“What we’re trying to do here is different because the moment that we’re in is different,” Buttigieg said during his closing statement. “I get that a millennial, midwestern mayor is not what leaps to mind when you think about a prototypical candidate for president. If it’s hard to figure out what’s going on right now, it’s because we are living on one of those blank pages in between chapters of American history. And what comes next could be ugly or it could be amazing.”

He added: “I believe running for office is an act of hope, and so is voting for somebody, and supporting somebody and volunteering for somebody. I hope you’ll join me in making sure that that next era is better than any we’ve had so far.”

Buttigieg also drew applause for his response to Donald Trump criticizing his appearance on Fox News.

Tweeting on Sunday prior to Buttigieg’s town hall, Trump said it was “hard to believe that Fox News is wasting airtime on Mayor Pete,” and accused the network of “moving more and more to the losing (wrong) side in covering the Dems.”

Trump said Fox News was hosting the town halls after the network was “dumped” from hosting a Democratic Party debate, and in giving airtime to Democrats had “[forgotten] the people who got them there.”

He then complained that Chris Wallace “never speaks well of me,” and said “Alfred E. Newman [sic] will never be President!” — a reference to a previous tweet where Trump compared Buttigieg to Alfred E. Neuman, fictitious mascot of Mad magazine.

….who got them there. Chris Wallace said, “I actually think, whether you like his opinions or not, that Mayor Pete has a lot of substance…fascinating biography.” Gee, he never speaks well of me – I like Mike Wallace better…and Alfred E. Newman will never be President!

“The tweets are — I don’t care,” Buttigieg said, drawing cheers and loud applause from the audience.

Wallace noted that Trump’s tweets are “a very effective way” to reach “tens of millions of Americans,” to which Buttigieg retorted that it was a “very effective way to command the attention of the media.”

“We need to make sure that we’re changing the channel from this show that he’s created,” Buttigieg continued. “And I get it. It’s mesmerizing. It’s hard for anybody to look away. Me too. It is the nature of grotesque things that you can’t look away.”

Drawing another raucous round of applause from the audience, Buttigieg paused before continuing.

“Their positions, as a general rule, are unpopular,” Buttigieg continued. “And if we focus on what’s going to happen in your life — in other words, if we make it less about him and more about you — paradoxically I think that’s the best way to defeat him.”

However, Buttigieg’s appearance on the network, as well as those of Sens. Amy Klobuchar (D-MN) and Bernie Sanders (I-VT) in their own town halls, puts him at odds with the Democratic National Committee.

DNC chair Tom Perez has denied Fox News’ request to host one of the party’s primary debates, specifically citing the network’s alleged close ties and bias towards Donald Trump and the Republican party.

“We win by expanding our electorate and reaching all voters,” Perez said in a statement in March. “That’s why we’ve been engaged with media outlets about debates over last few months. But recent reporting has made it clear that we cannot rely on Fox to host a fair and neutral debate.”

But in an email to supporters on Sunday, Buttieig said he didn’t want to ignore “millions of American voters.”

“If we ignore the viewers of Fox News and every news platform that doesn’t share our worldview, we will surrender our ability to speak directly to millions of American voters,” Buttigieg wrote, adding. “[We need to] update our vocabulary so that we’re truly connecting with Americans from coast to coast.” 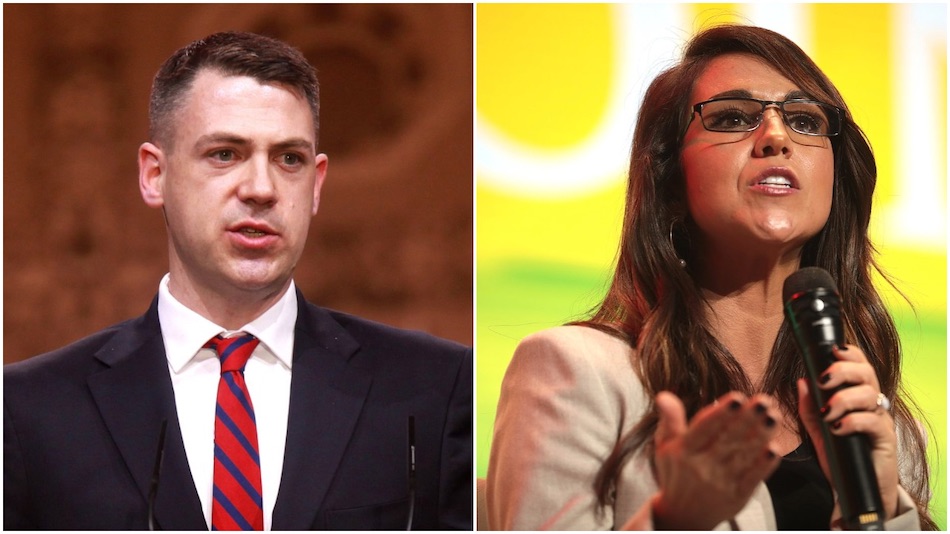 Two Republican members of Congress attacked Dr. Rachel Levine, the assistant secretary of health, following her being sworn in as an admiral of the U.S. Public Health Service Commissioned Corps.

On Tuesday, Levine became the first out transgender officer in all eight of the uniformed services, and the first female four-star officer in the PHSCC. In that role, Levine will lead a team of more than 6,000 officers in responding to public health crises and natural disasters.

Following her promotion to admiral, Levine's historic accomplishment was praised by LGBTQ advocates as a milestone for the transgender community. But she was criticized by conservatives due to her gender identity, with many disputing the notion that she is a woman.

Buttigieg, who adopted twins in August, talked about the joy of fatherhood on MSNBC’s Morning Joe show last week.

U.S. Secretary of Transportation Pete Buttigieg, the first openly gay person to be confirmed to a presidential cabinet, has spoken about the "joy" of parenting since he and husband Chasten Buttigieg became fathers to twins in August.

When asked by co-host Mika Brzezinski about parenting, Buttigieg described raising Penelope Rose and Joseph August as “the most demanding thing I think I’ve ever done.”