On Wednesday, the U.S. Senate confirmed Howard C. Nielson, Jr. to a seat on the U.S. District Court for the District of Utah, despite his anti-LGBTQ advocacy and his claim that a gay judge was incapable of being impartial.

Senators confirmed Nielson on a largely party-line vote, 51-47, with only Sen. Susan Collins (Maine) being the only Republican to vote against the nomination.

LGBTQ organizations and allies urged senators prior to the vote to reject Nielson, pointing to his past anti-LGBTQ advocacy, particularly around the issue of marriage equality.

U.S. Rep. A. Donald McEachin (D-Va.) circulated a letter, signed by more than 50 fellow lawmakers, calling out Nielson for his past statements on LGBTQ issues.

“Mr. Nielson has a consistent record not just of opposing LGBT equality in court, but of making offensive and unfounded arguments in the course of those proceedings. That record raises serious questions about his ability to impartially administer justice,” the letter read.

Perhaps most offensive to members of the LGBTQ community was Nielson’s contention, during the trial to determine if Proposition 8 was unconstitutional, that California federal Judge Vaughn Walker should have recused himself, as Walker could not be impartial due to having been in a committed, long-term, same-sex relationship. As the lawmakers’ letter notes: “The notion that fundamental elements of an individual’s identity somehow create intrinsic conflicts of interest is both baseless and deeply offensive. Those who make such accusations do not belong on our courts.”

Nielson has also been criticized for arguing that LGBTQ identity is not an inherent characteristic worthy of protection under the nation’s civil rights laws and disputing research that appears to indicate that LGBTQ people face higher levels of stress and mental health problems due to discrimination.

McEachin also called Nielson a “problematic candidate for a lifetime appointment,” expressing concern that he could use his position as a judge to attempt to rollback LGBTQ protections based on his own biases.

The Human Rights Campaign also denounced Nielson’s confirmation as yet another attack against LGBTQ people by the Trump administration.

You may also want to read: 1 in 3 Trump judicial nominees has history of anti-gay bias

“Nielson has a long track record of hostility and discrimination towards the LGBTQ community,” Sarah Warbelow, HRC’s legal director, said in a statement. “He has stated that being gay is a choice, argued in favor of Prop 8 and the abusive practice of conversion therapy, and had the audacity to claim a gay judge could not be impartial in a ruling involving LGBTQ rights.” 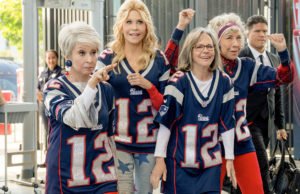 Kristine Lucius, the executive vice president for policy and government affairs at The Leadership Conference on Civil and Human Rights, blasted senators for confirming Nielson to the federal judiciary.

“By confirming Howard Nielson, the Senate has pushed through another extreme lifetime nominee who will not be fair-minded or impartial,” she said in a statement. “Nielson’s reprehensible arguments against LGBTQ equality – including asking to vacate a judgment because the judge was gay — are particularly alarming. In addition, he has litigated against common-sense public safety laws, demonstrated hostility to women’s health care, and argued against educational equity and opportunity.

“While serving in the Ashcroft Justice Department, he authored a memo that attempted to justify the use of torture and succeeded in politicizing the hiring process at the department,” Lucius added. “His record demonstrates clear bias, and his confirmation is an affront to the civil and human rights community.”