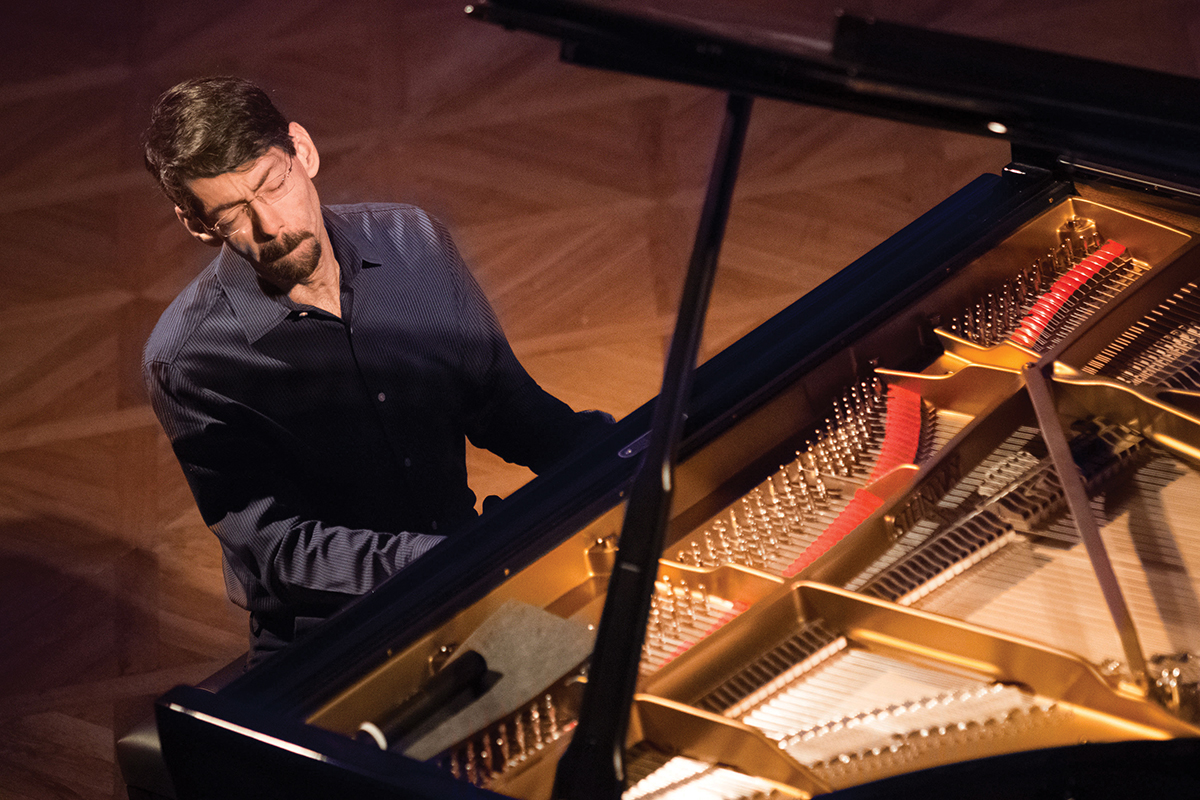 “An older jazz musician once said, ‘I don’t get paid to play, I get paid to travel,'” says Fred Hersch. “The hardest part of my job is the travel. Travel, even when it goes well, is stressful. And when it doesn’t go well, it can really go horribly wrong. But I’ll be 64 in October and I’m still hitting the road quite a bit. I’m really enjoying it.”

Hersch will be traveling to our area next weekend to accompany three-time Grammy-winning vocalist Cécile McLorin Salvant for two shows at The Hamilton Live.

“She’s a spectacularly talented young woman,” says the nationally-acclaimed jazz pianist. “I don’t play with vocalists very often anymore, but someone at her level is really a pleasure to play with. She’s an intelligent, charming, great musician. She’s a compelling performer, a very good listener, and very responsive.”

The Cincinnati, Ohio native, who recently published a memoir, “Good Things Happen Slowly” (Crown Archetype, $16.24), was one of the first jazz musicians to come out as gay and make his HIV-positive status public in 1993.

“At that point in the early ’90s, I didn’t honestly know how much longer I was going to live, so there was no point in keeping secrets,” he says. “To me, it was a very logical, easy decision. A lot of people said I shouldn’t do it. Talking about having HIV as a performing artist was a big deal because a lot of people said, ‘Well, people won’t want to book you for next season because they’ll think you’re not going to be there. You’ll kill your career.’ In fact, it didn’t. I’m still here and I’m healthy, and even though I went through a two-month coma around 11 years ago, I seem to be very resilient and have plenty of energy.

“I think we’re at a point in history where whether somebody is gay or not is really not even that interesting,” he continues. “But when I was in high school, there were no gay role models. There were no gay characters on TV or politicians or teachers. Being gay back then was associated with men sneaking about in parks and bathrooms. It was all shame-based. It wasn’t until I got out of Cincinnati and went to Boston and New York that I began to find older gay men that could be role models. And now, of course, it’s everywhere.”

Playing live is what keeps Hersch happy. “What really makes me feel good is what happens when I’m actually on the stage. I can guarantee that every night I’m going to play something that I’ve never played before, and interesting things are going to happen…. Forty-five years into this, I can still say I look forward to every time I get to play. Most people who work a job for 45 years are thinking about shuffleboard and Florida.”