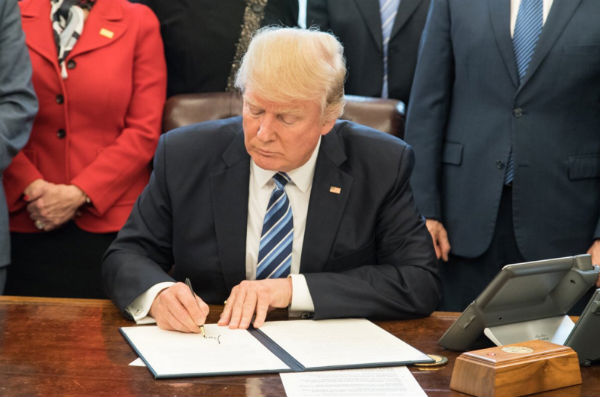 A coalition of LGBTQ, civil rights, and reproductive rights groups are suing the Trump administration over a rule issued by the U.S. Department of Health and Human Services earlier this month that allows health care workers to refuse to provide or assist in providing certain types of care if doing so would violate their religious conscience.

Under the new regulation, health care workers from doctors to nurses to EMTs to hospital administrators and clerical staff are empowered to refuse treatment to patients based on the worker’s personal religious or moral beliefs.

Examples of how this so-called “conscience rule” would be implemented include allowing a nurse to refuse to prepare a room for, or assist in, a gender confirmation surgery for a transgender person, or allowing an EMT to refuse to drive a woman experiencing complications due to an ectopic pregnancy to the hospital if the EMT believes that hospital staff might perform an abortion.

On Tuesday, Lambda Legal, Americans United for Separation of Church and State, the Center for Reproductive Rights, and California’s Santa Clara County filed a complaint against the Trump administration on behalf of several LGBTQ and reproductive rights organizations. The plaintiffs allege that the new rule will cow and intimidate health care facilities into eliminating LGBTQ or reproductive services altogether for fear of losing federal funding if they are accused (even wrongfully) of violating a health care worker’s religious beliefs.

In their complaint, the plaintiffs argue that the rule is unconstitutional under both the First and Fifth Amendments to the U.S. Constitution because it advances specific religious beliefs over others, violates patients’ right to privacy, liberty and equal dignity, and chills their speech and expression (including with respect to how they identify), all to the detriment of their health and well-being. The plaintiffs also argue that HHS violated the federal Administrative Procedure Act in creating the rule by arbitrarily and capriciously failing to consider the impact on patients.

“The Trump administration will stop at nothing to sanction discrimination in the name of religion in every facet of our lives,” Rachel Laser, the president and CEO of Americans United, said in a statement. “We will not tolerate this dangerous policy that puts the health of women, LGBTQ people, religious minorities and so many others in jeopardy. Our government should be protecting America’s patients, not putting their lives at risk and calling it religious freedom. The Constitution does not condone this type of grave harm to others.”

Jamie Gliksberg, a senior attorney with Lambda Legal, said the rule has the potential to cause substantial and widespread harm to LGBTQ people, women, religious minorities, or even people seeking out certain health care procedures that may be viewed as “objectionable.” Such patients could potentially face hostile health care workers or could be denied treatment outright, resulting in delays that could even threaten a patient’s life.

“Discrimination in the delivery of health care can be a matter of life or death,” Nancy Northup, the president and CEO of The Center for Reproductive Rights, said in a statement. “This new policy could threaten anyone seeking medical care in this country, but will fall particularly hard on women and LGBTQ patients.”

For its part, Santa Clara County — which has its own policy accommodating health care worker’s religious beliefs while also ensuring that no patient is denied care, objects to the new HHS rule because emboldening health care workers to refuse treatment will lead to myriad problems.

For one, patients who are turned away may forego seeking care, or may not disclose their full medical history for fear of experiencing discrimination, exacerbating existing health problems.Additionally, those who exercise the exemption will create staffing and scheduling problems for administrators, increasing the case loads of health care workers who do not exercise the exemption. 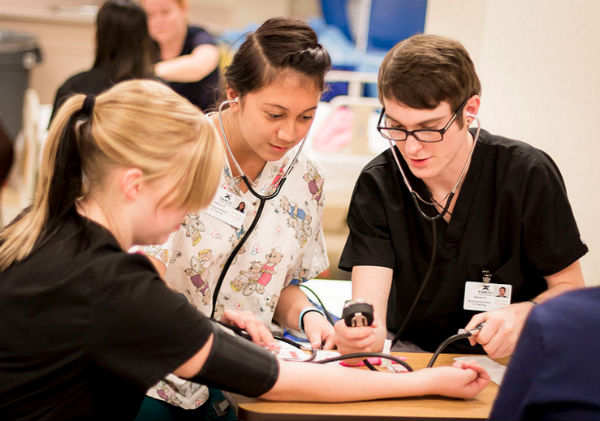 Lastly, the county could be denied federal funding for failing to comply with the “conscience rule,” simply because it is difficult to comply with — given people’s changing views and the difficulty in knowing about each employee’s personal beliefs.

“With increased restrictions on how employers can manage religious objections, we could face a situation in which patients were literally dying and could be denied the care they need,” Santa Clara County Supervisor Susan Ellenberg said in a statement. “Under our current policy and practice, healthcare provider rights are respected, and patient care is never compromised.”

Several of the plaintiff organizations blasted the new rule, whose harms outweigh the protections it purports to provide to people with “sincerely held religious beliefs.”

“Hartford GYN Center has been an established community resource for families in New England for over 40 years,” Elizabeth Barnes, president of The Women’s Centers. “We pride ourselves on providing reproductive health care — including first and second trimester abortion — that is patient-centered.

“If we were to deny care or medical referrals, we would no longer serve the needs of the community who have come to depend on Hartford GYN Center thanks to our reputation based in non-judgmental and science-based care,” Barnes added. “The HHS Denial of Care rule would deliberately drive reputable health care providers away from Connecticut and would not serve patients’ best interests.” 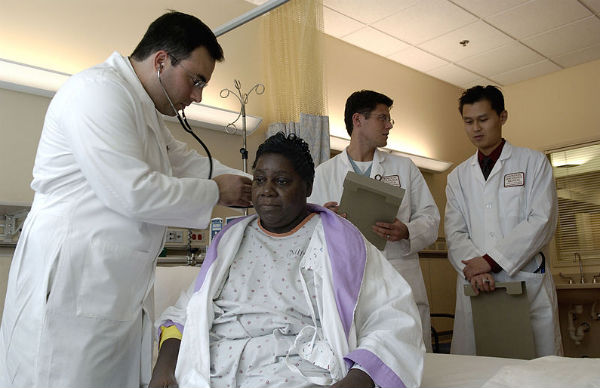 “We at Whitman-Walker Health stand for dignity, affirmation and respect in healthcare,” Naseema Shafi, the CEO of Whitman-Walker Health, said in a statement. “We stand for providing the right level of care for our patients, as directed by the needs that they report to us. We stand for the evidence-based and ethically driven guidelines that are the foundation of our work.

“The language within the U.S. Department of Health and Human Services ‘Denial-of-Care’ rule has left us with only one clear option, and that was to advocate for access to health care,” Shafi added. “This is not a new position for Whitman-Walker. This is, in fact, the kind of discrimination that led to our founding.”

Adrian Shanker, the executive director of the Bradbury-Sullivan LGBT Community Center in Allentown, Pa., noted that the rule would be particularly harmful for those in smaller cities and rural areas like those in the Lehigh Valley, where there are often few, if any, alternative options if health care providers begin turning people away.

“Like all Americans, LGBT people deserve high-quality health care. Unfortunately, the LGBT community experiences challenges when it comes to accessing high-quality health care, leading to significant health disparities and worsened health outcomes,” Shanker said. “These health challenges will be exacerbated due to the HHS Denial-of-Care Rule. … That’s why Bradbury-Sullivan LGBT Community Center is suing the Trump administration. We cannot stand by and allow such an ill-considered rule to go into effect while the health of our community suffers.”

“This so-called ‘conscience rights’ rule is nothing but a thinly veiled attempt to codify discrimination against LGBT people, among others,” Lorri Jean, the executive director of the Los Angeles LGBT Center, said in a statement. “It eliminates critical health care protections and puts millions of lives at risk. Moreover, it is a clear violation of civil rights laws, medical ethics, and basic human values.”

John Riley is the local news reporter for Metro Weekly. He can be reached at jriley@metroweekly.com
← Previous Story Alabama Republicans want to abolish marriage licenses so homophobes don’t have to issue them to gays
Next Story → Catholic Church forces New Jersey school to paint over “obscene” LGBTQ mural