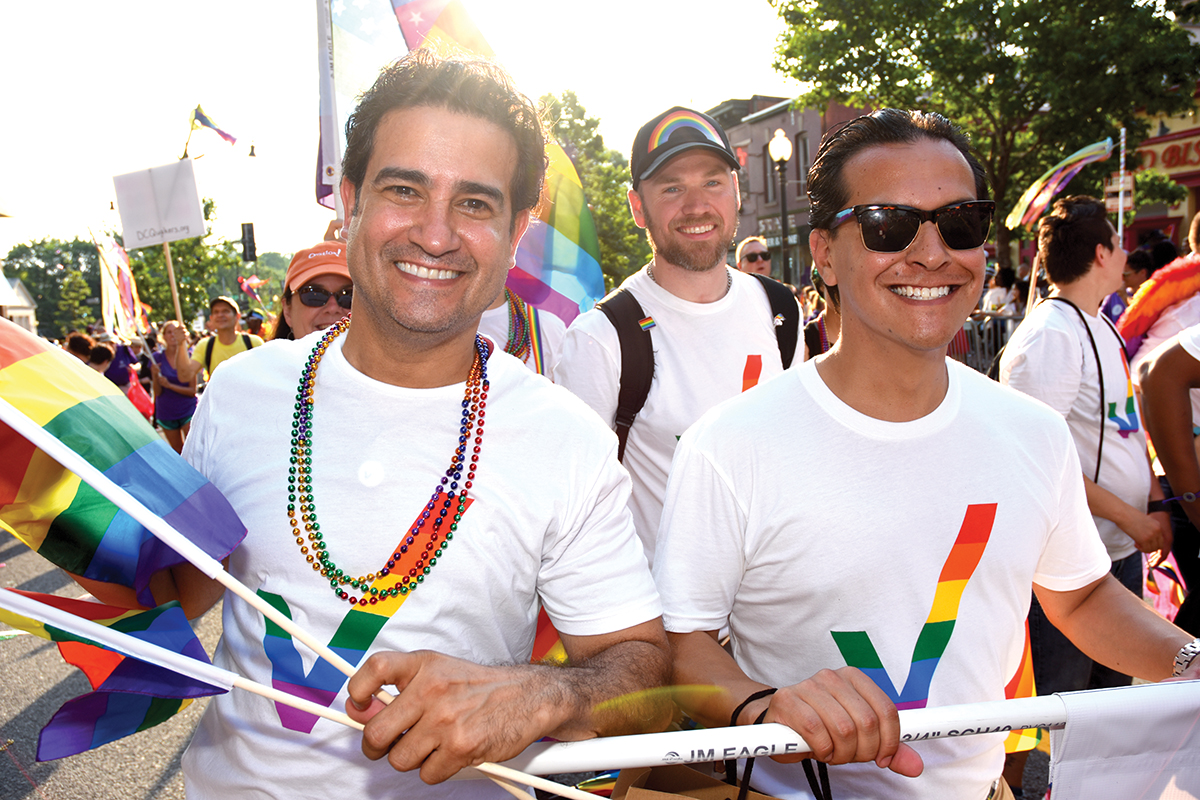 On Saturday, June 8, more than 200 organizations and entities will make their way — by float, vehicle, or on foot — through 1.5 miles through two of D.C.’s historically LGBTQ neighborhoods, Dupont and Logan, cheered on by hundreds of thousands of supporters and spectators. This year’s grand marshals are transgender activist and advocate Earline Budd, Pulse shooting survivor Brandon Wolf, out Brigham Young University valedictorian Matt Easton (see page 31), and Hailie Sahar and Dominique Jackson (see page 53) of FX’s hit show, Pose. The parade kicks off from 21st and P Streets NW at 4:30 p.m. before winding its way through Dupont Circle, up New Hampshire Avenue, down 17th Street, over to 14th Street via P Street, then up to its end at T Street. Visit www.capitalpride.org. 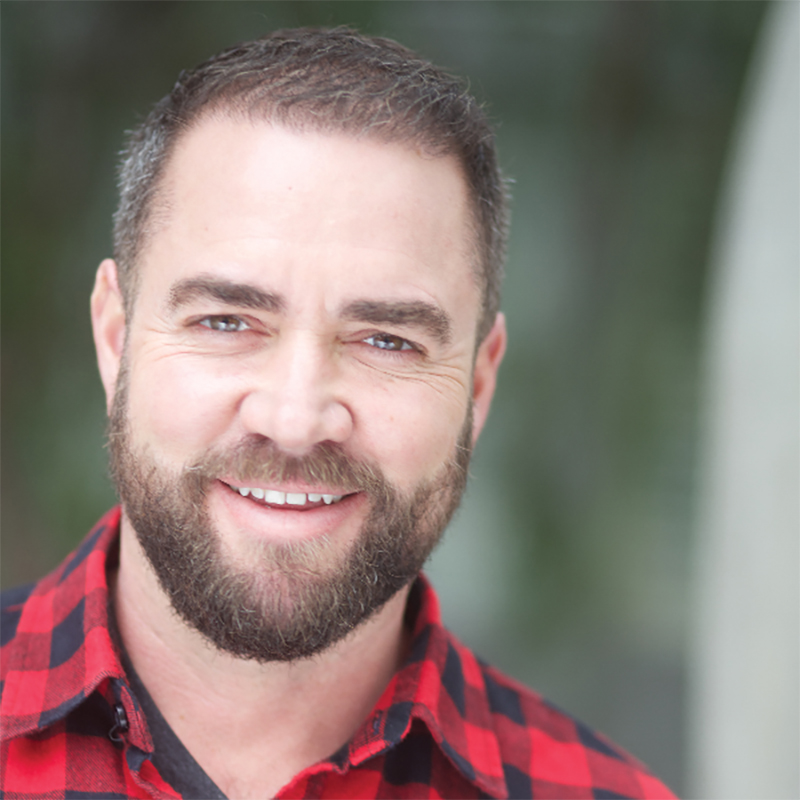 The DC Comedy Loft presents a night of stand-up from gay comics and will also donate a portion of each ticket sold to SMYAL. Headliner Ian Harvie was Margaret Cho’s opening act for years before becoming known as a groundbreaking transgender comedian who made his acting debut as Dale in Amazon’s Transparent. The roster also includes New York-based trans actor/comedian Peter Smith, L.A.-based Baltimore-native Alex Powers and gay L.A.-based performer Jared Goldstein. Friday, June 7, at 9:45 p.m., and Saturday, June 8, at 7:30 and 9:45 p.m. Above the Bier Baron Tavern, 1523 22nd St. NW. Tickets are $18, plus a two-item minimum. Call 202-293-1887 or visit www.dccomedyloft.com. 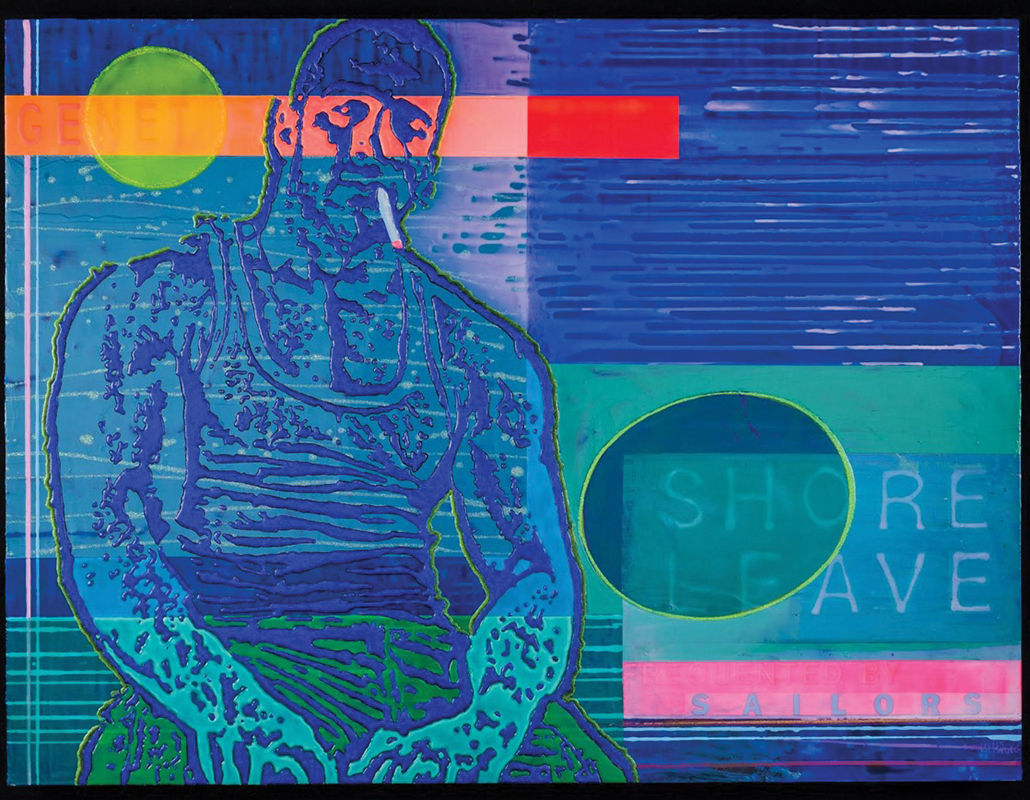 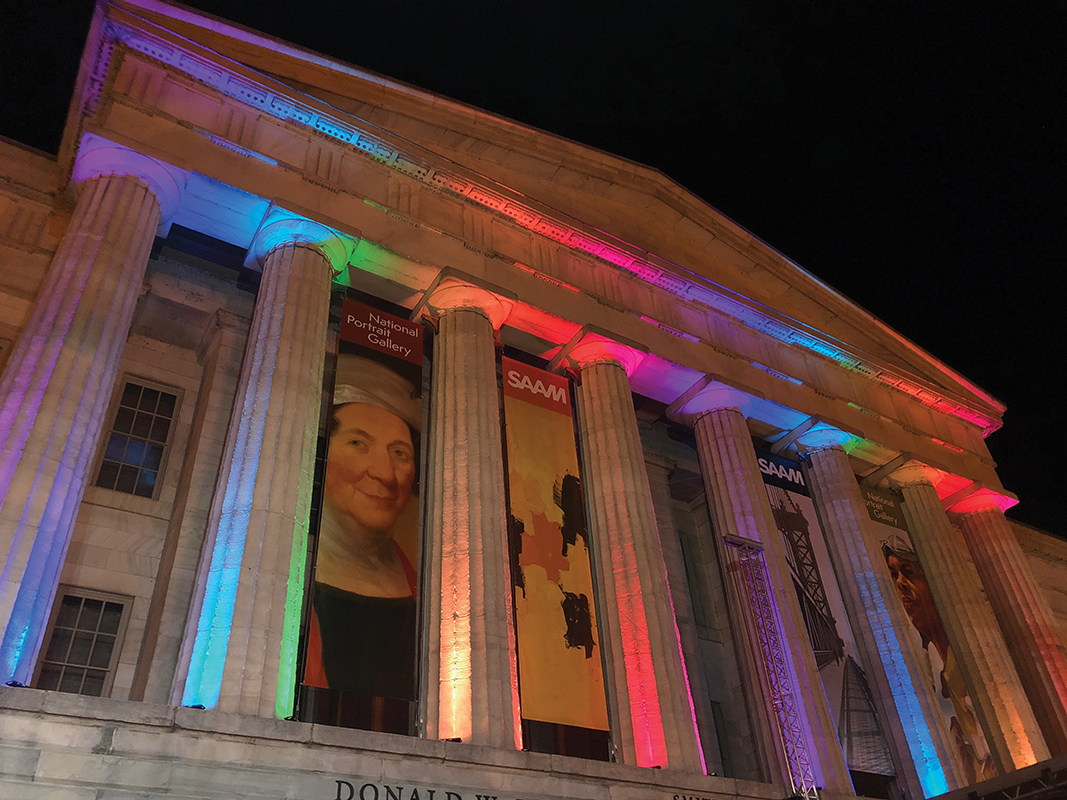 On Sunday, June 9, the Smithsonian American Art Museum offers its first-ever all-day LGBTQ-inspired art and performance event. The centerpiece of the day’s programming is the East Coast debut of artist/choreographer Brendan Fernandes’s Free Fall 49, a dance-based installation responding to the Pulse Nightclub shooting in Orlando with DJ Lauren Flax and D.C.-area performance artists and dancers in the Kogod Courtyard from 3 to 6 p.m. Guests can also view works by LGBTQ artists Sadie Benning, Anna Anthropy, Barbara Hammer, and Wu Tsang in the “Feminist Pride Media Art Gallery,” or listen in on Collection Highlights Gallery Talks focused on LGBTQ artists and artworks represented in the galleries, and share their oral histories via American University’s Humanities Truck set up in the F Street Plaza. Open from 11:30 a.m. to 7 p.m. at 8th and F Streets NW. Free. Call 202-633-1000 or visit www.americanart.si.edu. 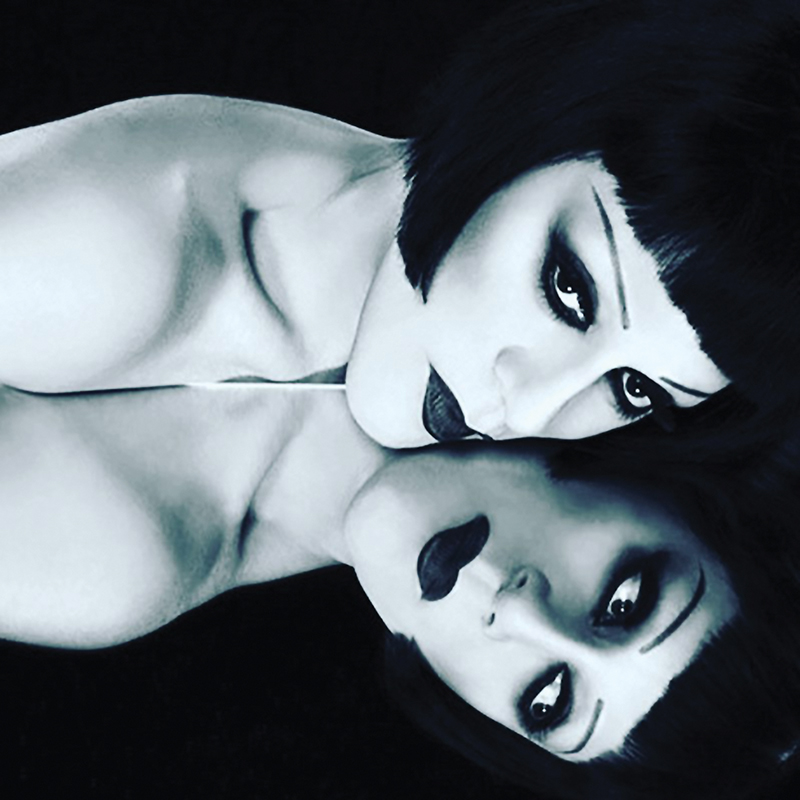 New York’s bawdy and eccentric singing drag artist Joey Arias returns to D.C. for two events over Capital Pride weekend. The first stop is an “outrageous cabaret” at Lucky Buns, 2000 18th St. NW (formerly L’Enfant Cafe). The night ends in a post-show disco party. The next day, Arias hosts a T-Dance from 4 to 8 p.m., a “classic disco”-driven event in the mold of historic gay afternoon soirees in Fire Island and Provincetown, at Abigail, 1730 M St. NW. Tickets are $15 to $20 and include one shot of Tom of Finland Organic Vodka (proceeds of which benefit the Tom of Finland Foundation and its work to preserve and promote erotic art). Visit www.DCPrideParty.com.

NOT THE WHITE HOUSE PRIDE PARTY

The women- and queer-owned and operated distillery Republic Restoratives hosts a pride brunch with LGBTQ44, billed as the unofficial network of Obama LGBTQ Alumni. Last year’s brunch raised over $10,000 for the legal advocacy group TransLAW, which remains the brunch’s beneficiary as “their work couldn’t be more crucial” at a time when trans rights are under sustained attack from the Trump administration. Food is courtesy the gay-owned BBQ Bus, to be washed down with cocktails featuring in-house spirits, from Civic Vodka to Rodham Rye. DJ Tezrah spins. Sunday, June 9, from noon to 4 p.m. Republic Restoratives is at 1369 New York Ave. NE. Tickets are $20. Call 202-733-3996 or visit www.republicrestoratives.com. 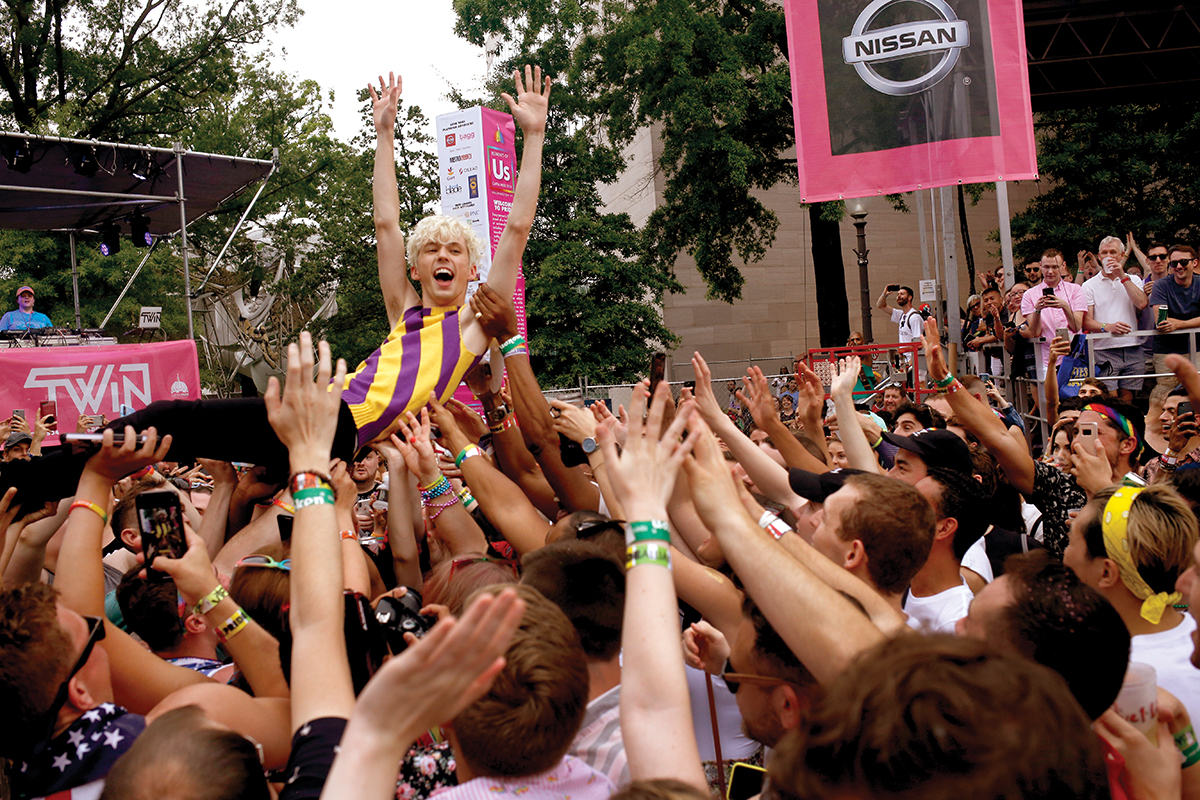 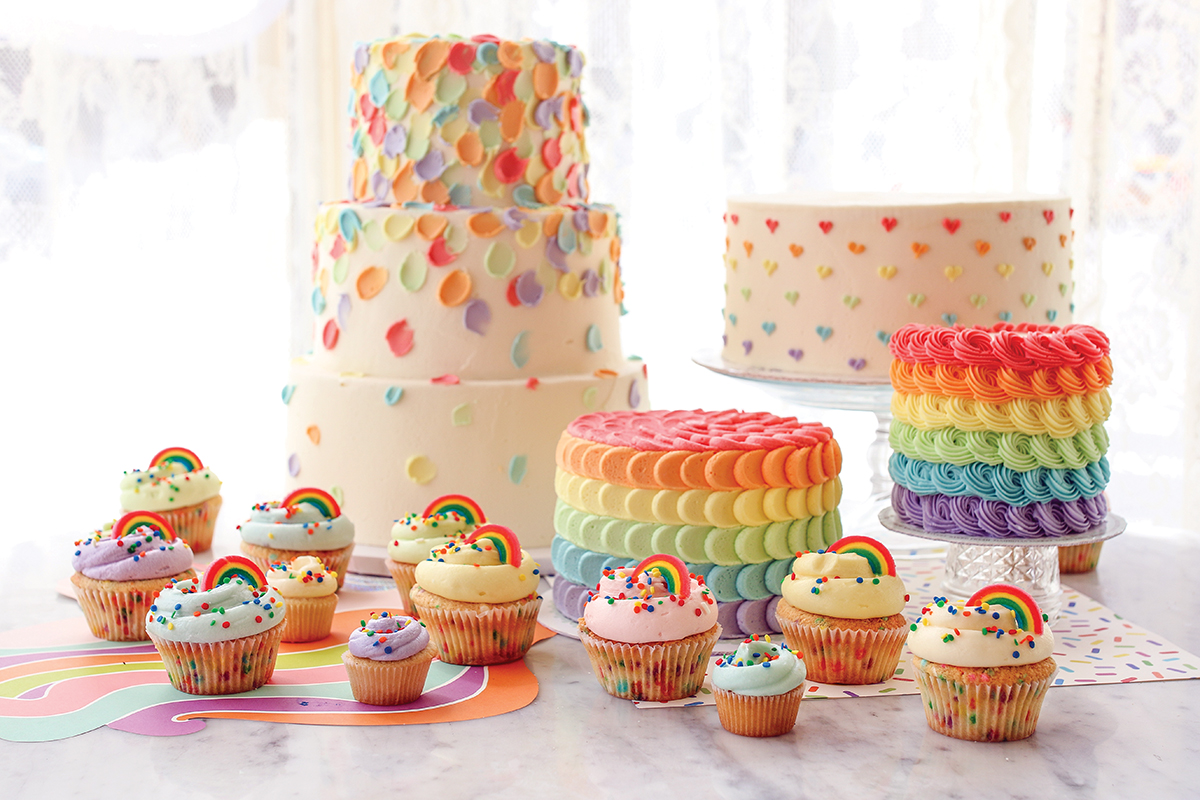 A number of restaurants and bakeries are getting in on the Pride act through the creation of specialty desserts, most of which are doubly sweet by virtue of benefiting LGBTQ charities. On the day of the Capital Pride Parade, the curbside Glaces de Diplomate ice cream cart at Le Diplomate (1601 14th St. NW) will include a colorful Rainbow Cone featuring a creamy French-style glace made in-house and covered completely in rainbow sprinkles. All proceeds from sales of the $5 cones will be donated to the Capital Pride Alliance. Call 202-332-3333 or visit www.lediplomatedc.com. At Osteria Morini (301 Water St. SE) in the Navy Yards, pastry chef Tova Hillman has fashioned the colorful and decadent Rainbow Italian Almond Cake, a five-layer creation interspersed with raspberry and apricot jam and coated in a silky dark chocolate glaze. The cake will be available for dine-in only through Sunday, June 9, at a price of $11, with 20-percent of proceeds going to Casa Ruby. Call 202-484-0660 or visit www.osteriamorini.com/washington-dc. Also available for dine-in only until Sunday, June 9, is the Pride Sundae at Nicoletta Italian Kitchen (901 4th St. NW), the newest restaurant in Mt. Vernon Triangle. Rainbow-colored cake bites are added to fior di latte vanilla soft-serve ice cream and then coated in sweet chocolate sauce and finally decorated with festive rainbow sprinkles. The Trevor Project will receive 20 percent of proceeds for each $7 sundae sold. Call 202-697-6888 or visit www.nicolettakitchen.com. Finally, New York’s famed Magnolia Bakery now has a location in Union Station (50 Massachusetts Ave. NE), where this week the store is focusing on Pride Cupcakes, made with rainbow confetti and topped with vanilla buttercream icing and an edible rainbow decoration ($3.95 each). But all month long, the store will be dolloping Pride Pudding, with layers of vanilla, vanilla wafers, and bananas, and topped with rainbow sprinkles, in quantities ranging from a small single-serving ($4.50) to a large party bowl ($75), with proceeds donated to the Trevor Project. Call 202-424-2224 or visit www.magnoliabakery.com.

Acclaimed filmmaker Frédéric Tcheng focuses on America’s first superstar designer, weaving together rare archival footage and intimate interviews with everyone from collaborator and close friend Liza Minnelli to filmmaker Joel Schumacher to his favored troupe of models known as the Halstonettes. The Iowa-born Roy Halston Frowick created a multimillion-dollar empire and personified the dramatic social and sexual revolution of the last century — as a regular habitué of Studio 54 and as an openly gay man who was taken far too soon, in 1990 at only 57, as a result of an AIDS-related illness. Opens Friday, June 7. Landmark’s E Street Cinema, 555 11th St. NW. Call 202-452-7672 or visit www.landmarktheatres.com. 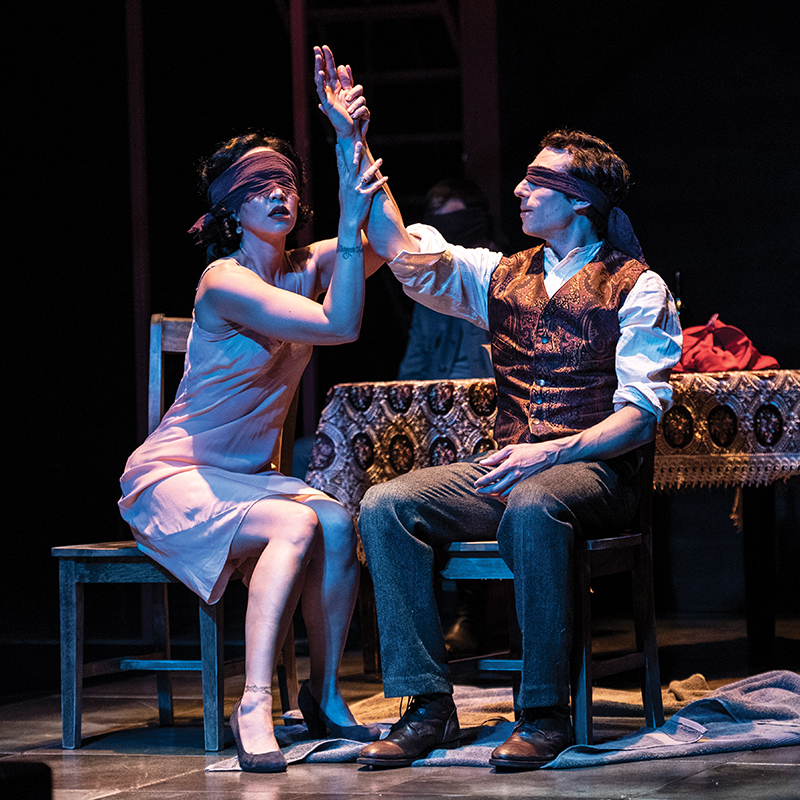 The stories of seven lost souls are connected across decades by history, fiction, lies, and blood in the latest play from Pulitzer Prize-finalist Rajiv Joseph (Guards at the Taj), based on the diary of Russian Jewish writer Isaac Babel. Recipient of the 2018 Obie Award for Best New American Play, Describe the Night makes it D.C. debut in a Woolly Mammoth Theatre production directed by John Vreeke and featuring Tim Getman and Kate Eastwood Norris as part of a cast also including Moriamo Temidayo Akibu, Regina Aquino, Danny Gavigan, Jonathan David Martin, and Justin Weaks. Now to June 23. 641 D St. NW. Call 202-393-3939 or visit www.woollymammoth.net. 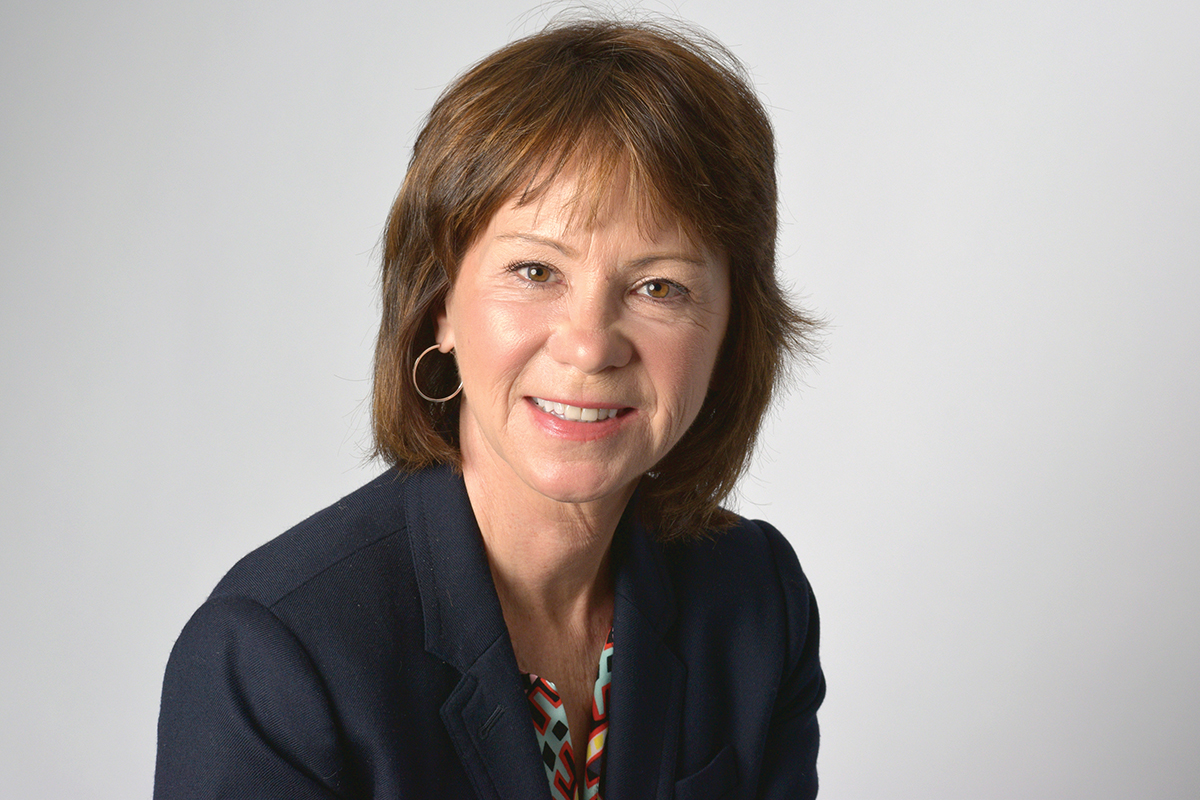 A mother goes missing from a small town during a lazy summer in 1970s Texas, and the quest to solve the mystery propels the gender and sexual awakening of her daughter Cal, her best friend Rachel, and her future girlfriend Jane. Author Kim Hoover, a lawyer by training who raised two daughters with her wife in D.C. before they uprooted to Miami, returns home for a discussion and signing of her new book, which Kirkus Review identifies as “a mystery/thriller wrapped in a hopeful coming-of-age and coming-out tale.” Tuesday, June 11, at 6:30 p.m. Kramerbooks, 1517 Connecticut Ave. NW. Call 202-387-1400 or visit www.kramers.com. 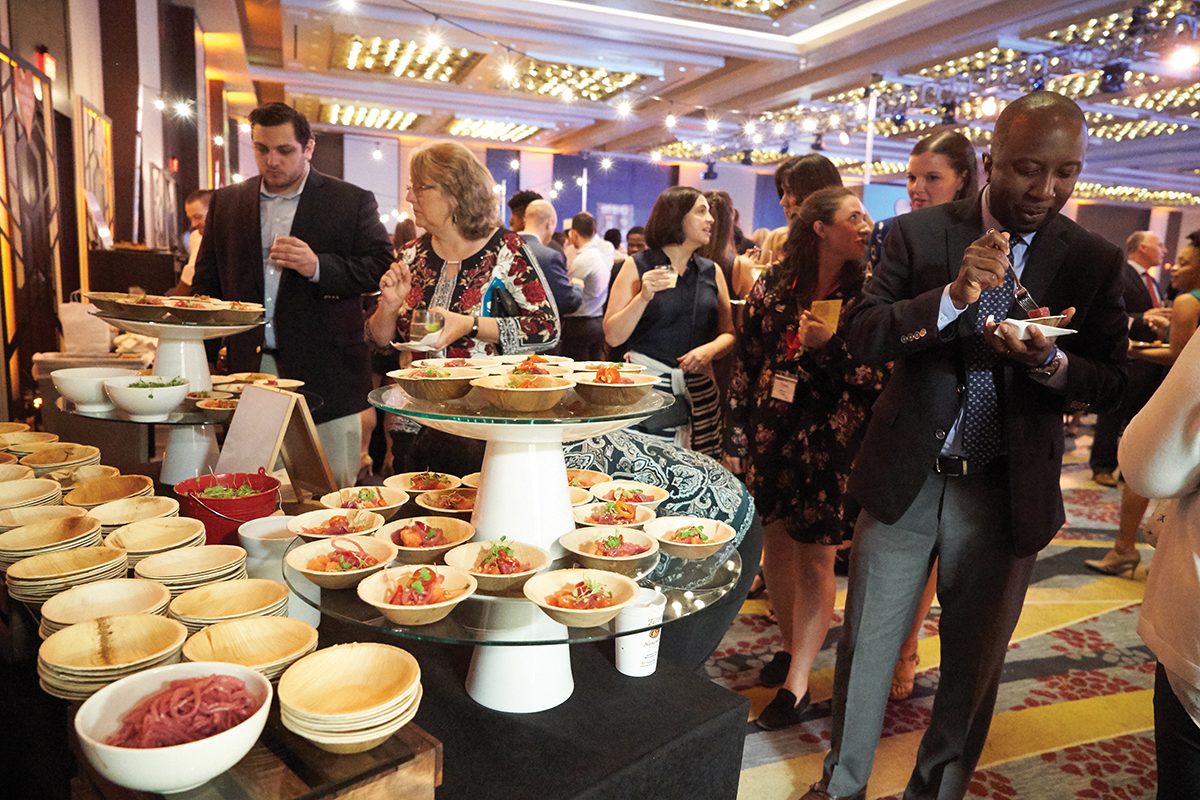