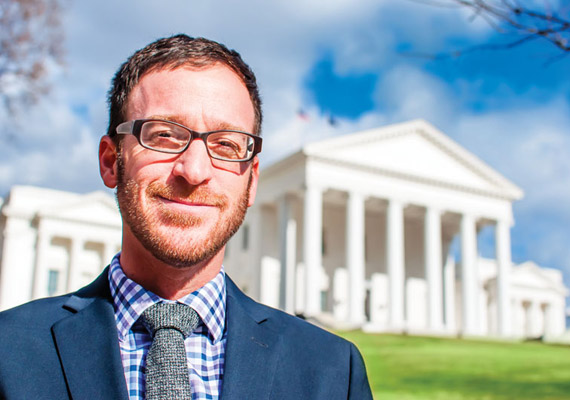 The organization is seeking input from community members about their lived experiences, including any discrimination they’ve faced in the commonwealth.

The town hall will be held at Unity of Fairfax church, with doors opening at 6:30 p.m. Audience attendees will be given a chance to ask questions of moderators, and Equality Virginia staff will be available for additional comment after the hour-long program ends.

Equality Virginia has also created a climate survey seeking similar responses from LGBTQ Virginians, including those who may not be in attendance.

The organization hopes to use those responses to gauge support for pro-LGBTQ policies that will be introduced as bills when the General Assembly reconvenes next January, including LGBTQ-inclusive health care, the repeal of marriage bans, and nondiscrimination legislation.

“Equality Virginia’s mission is to ensure that all leaders in our Commonwealth support the LGBT community,” James Parrish, the executive director of Equality Virginia, said in a statement. “The next two state elections will provide the opportunity for leadership that will prioritize passing legislation that supports LGBT people.”

This past Assembly session saw the Virginia Senate approve bills to provide nondiscrimination protections in housing and public employment, but those same bills stalled in the House of Delegates after Speaker Kirk Cox (R-Colonial Heights) and members of Republican leadership assigned the bills to subcommittees stacked with anti-LGBTQ opponents, ensuring their defeat.

John Riley is the local news reporter for Metro Weekly. He can be reached at jriley@metroweekly.com
← Previous Story Three arrested for attacking gay couple on U Street early Sunday morning
Next Story → The Mayor’s Office of LGBTQ Affairs hosts its second annual “District of Pride” celebration this weekend